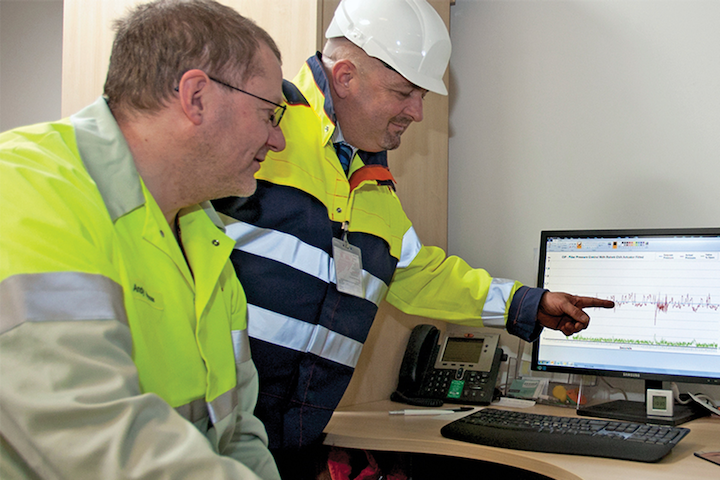 With the advent of advancements in control such as the introduction of 4-20 milliamp control signal technology and later digital BUS technology, pneumatic control positioners have kept pace with the advancing control requirements for pneumatically powered actuators. However, the sensitivity of this equipment required an improvement of air quality to the current instrument air quality levels that preclude moisture, oil vapor and particulates. Meanwhile, the other plant requirements for instrument-grade air have all but disappeared, having been replaced with 4-20 mA or digital control technology.

Today’s high-precision electric control valve actuators are a proven technology and viable substitute for the pneumatic technology, having operated in demanding applications and hostile environments such as offshore platforms and in the climate extremes of Alaska and deserts of the Middle East.

However, any incentive to change technology comes down to the need to either improve reliability in extremely hostile environments and/or to reduce the overall life cycle costs of a process plant.

A soft drink bottling plant in the U.K. is one of the largest by volume in Europe, manufacturing more than 100 million cases annually. Wise investment of more than $1.34 million (£100 million) since 2007 in an ongoing improvement plan has made it one of the fastest and most efficient producers of soft drinks in the world.

In addition to process efficiency actions, it has reaped cost savings while going green. That investment included embracing several new technologies, including a sophisticated monitoring system that collects data from more than 80 separate metering points. In 2014, the facility introduced a 1.2-megawatt combined heat and power plant, and in 2017, it began to receive 15 percent of its energy from a local solar farm. Overall, since 2006, the plant has reduced its energy consumption by 33 percent while receiving 100 percent of its electricity from renewable resources. These two measures have resulted in an 8.6 percent reduction in the facility’s operational carbon footprint.

These two graphs compare the positional accuracy of the electric and pneumatic actuators in production mode. Their performance is similar.

These two graphs compare the positional accuracy of the electric and pneumatic actuators in
clean-in-place mode. The reduction in set-point overshoot by the electric actuator is evident.

The challenge and the solution

Another area identified and targeted for improvement was the operational and maintenance costs associated with supplying the instrument air required for pneumatic control valve actuators. Plant engineers were willing to explore newer technologies, so they looked at the latest developments in electric motor-powered valve actuators in hopes that recent product advancements could provide acceptable performance and eliminate the requirement to provide and maintain the instrument air system.

An automation engineer at the bottling plant explained, "We were looking for an alternative to pneumatically actuated control valves to remove the need for compressed air in the area as much as possible and thereby reduce costs.

"Up to now, electrically actuated valves could not respond fast enough to maintain good pressure control in the bottle-filling machine. The actuator manufacturer we contacted was confident that their electric control valve actuator would not only give comparable performance to our existing valve, but would also be cheaper to run. Their confidence was so high they offered us an actuator on a money-back return basis if it did not meet our expectations in any way.

"To prove this, the performance of the existing pneumatic control valve on the main product feed into the filling machine was first monitored and recorded. Then an electric actuator was fitted to the same valve and connected to the existing 4-20 mA control signal from the [programmable logic controller (PLC)]. The electric actuator is installed on the inlet of the bottle-filling machine. Two operation modes are possible and the actuator plays an important role in both.

The electric control valve actuators utilized have introduced continuous, repeatable and modulating electrical control with a programmable fail-to-position option. Operating on an industry standard 4-20 mA control signal or digital network, the resolution, repeatability, and hysteresis performance is quoted at less than 0.1 percent of full scale, offering suitability for the most demanding applications.

Mechanical features include a double-sealed enclosure that permanently protects internal electrical components from the effects of the operating atmosphere. An IP68 dust-tight, watertight and temporarily submersible enclosure is universal to all models in the product range, including those with hazardous area approvals. On loss of mains power, built-in super-capacitors allow the actuator to move the valve to a desired position, programmable as open, close, any intermediate position, or stay-put. 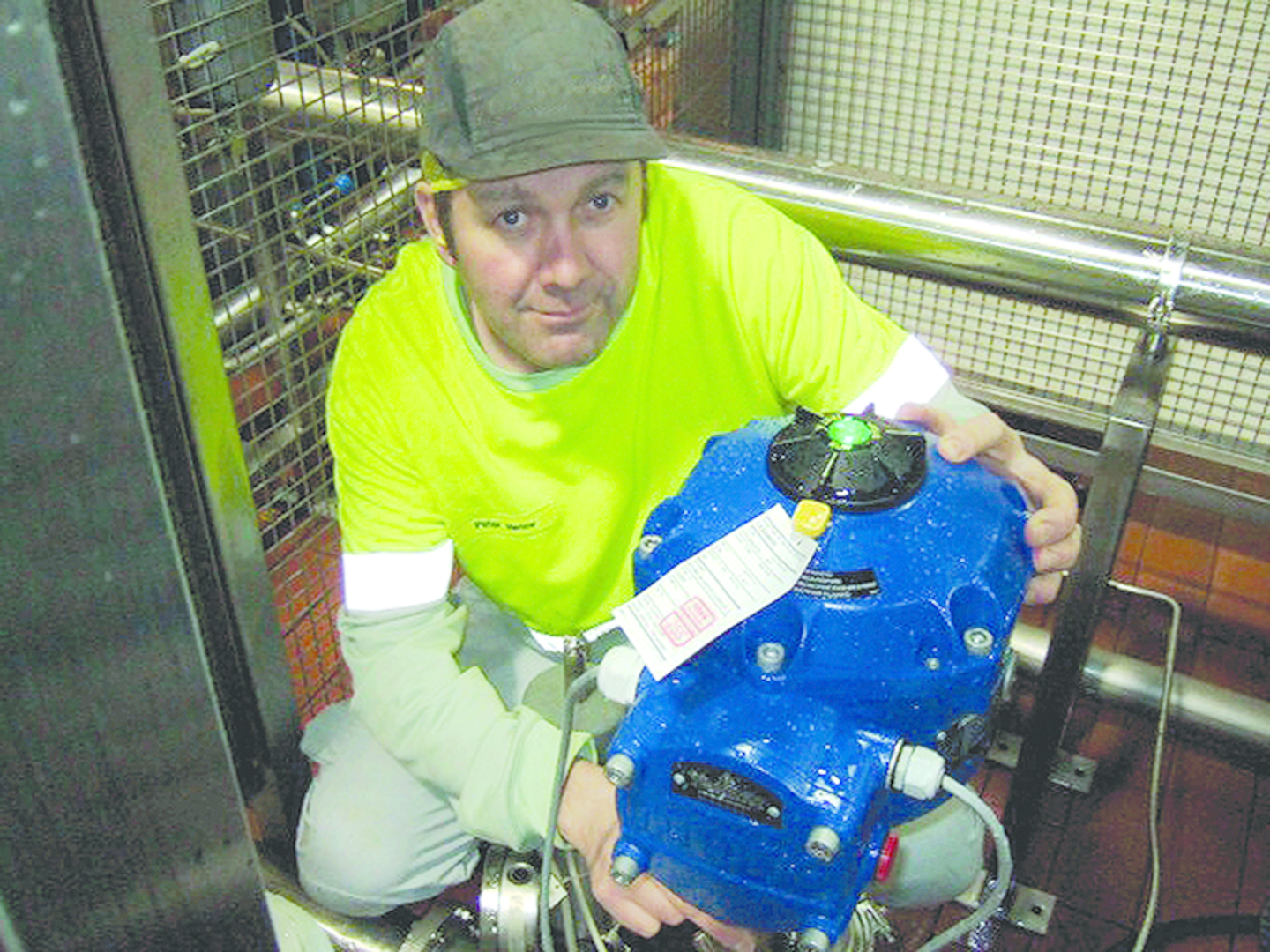 A plant technician with the installed electric actuator under evaluation

A plant technician with the installed electric actuator under evaluation

The actuators utilize a proven and well-established, nonintrusive communication technology for actuator programming and adjustment. Actuator setup and configuration is performed using a Bluetooth-enabled PC running the manufacturer’s free proprietary software. Every actuator incorporates an onboard data logger, enabling operational data such as valve torque profiles, dwell times, actuator events and statistics to be downloaded for detailed investigation and diagnosis. After analysis, any required configuration changes can be uploaded to the actuator.

Digital control network options include HART, Modbus and Profibus protocols, facilitating enhanced installed economy as well as giving the actuator the increased ability to dovetail into existing asset management systems. The design, which can be specified for single-phase alternating current or direct current supplies, also simplifies the process of retrofitting actuators onto existing valves.

This bottling plant’s commitment to investing in a continuous improvement plan has yielded tremendous gains in plant performance and efficiency as well as providing ongoing cost savings. This is in part because of the operators’ willingness to explore and embrace the latest technologies rather than the all-too typical mentality of "that’s how we’ve always done it." In the case of control valve operation, the use of high-performance electric actuators resulted in an annual savings of $1,150 per valve.

Michael Heuseveldt is the advertising and PR coordinator for Rotork Controls Inc. He has more than 30 years of marketing communications experience and has served the Rotork Group since 1997. For additional product information, visit rotork.com.