A material provider/manufacturer partnership leads to a custom solution for a safety-critical subsea application. 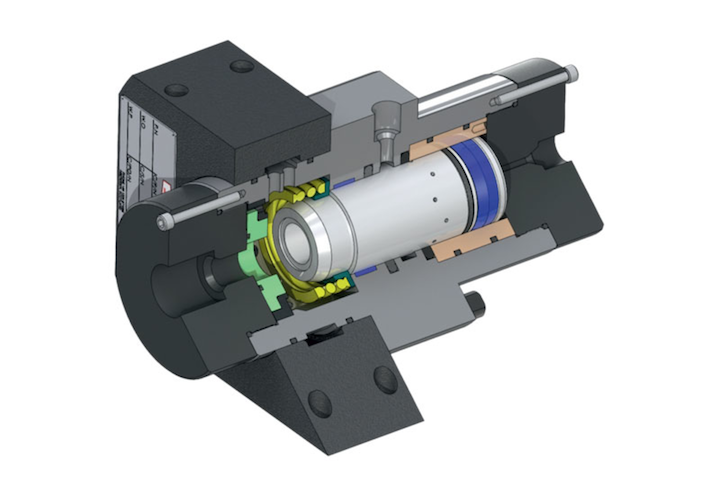 The valve has a water depth range of 3,000 meters. Graphic courtesy of Trelleborg Sealing Solutions

Engineering firm Schoolhill Hydraulic Engineering was approached in 2010 to design a hydraulic control valve for a subsea high-integrity pressure protection system (HHIPS) for a major oil field in the South Caspian Sea.

The company developed a high-flow, high-integrity, safety-critical subsea quick exhaust valve (QEV) believed to be the first of its kind. It took about five years and many teams of committed and dedicated people before the valve was finalized and ready for market.

Two years after the design was developed and finalized, prototypes of the valve were produced. The valve can handle 22 liters of fluid in five seconds to meet critical requirements. Because of high pressure drops across seals and the valve’s high-speed performance (17 milliseconds), many sealing solutions did not pass testing. Schoolhill sought a solution that could handle the large fluid volume and extremely rapid operation time.

In January 2013 Schoolhill decided to partner with a sealing expert to find a custom solution. The expert identified issues preventing Schoolhill from moving on to the next stage of the project. The seal had to slide across mating surfaces that had dimensional changes, so a customized version of an effective and reliable low-friction seal using a high modulus thermoplastic was developed.

Schoolhill produced six prototype valves for qualification testing. Testing was rigorous, with 30,000 cycles required for a valve that will only be operated two or three times a year. Additionally, the valve had to be certified and meet several standards such as BS EN ISO 14723 (2009) Pipeline Transportation Systems – Subsea Pipeline Valves, BS EN 12266-1 Industrial Valves – Testing of Valves and several API specifications for Wellhead and Tree Equipment. It was also important to meet the API RP17O Subsea HIPPS and API 598 Valve Inspection and Testing among other ISO specifications as well as obtaining signoff for safety integrity level (SIL) certification.

The seal developed had all the basic functions as other seals but with added extras considered essential to meet the needs of applications like the QEV. For instance, it could act as a bidirectional seal that would work for all types of pistons and grooves. In some applications it also had the ability to slide across mating surfaces and could accommodate dimensional changes. An example of this is the transition from a diameter with sealing function to a different diameter where sealing is not required. The seal avoids potential deformation and damage that can be suffered by traditional seals when drawn out of the groove by the O-ring, the system pressure or even fluid flow forces during this transition.

This seal was deemed the best option because of its ability to work in multiple applications and because it is retained in a split groove. The groove prevents the sealing surface from being damaged by a counterpart with variable diameter or when passing holes.

Oil and gas exploration in hostile deepwater environments demands industry partners to continually push the barriers of science in the pursuit of reliable and robust equipment. With the need for huge volumes of fluid to rapidly exit via the system, it was important to design a unique sealing solution to maximize its performance further.

The final sealing solution helped Schoolhill release a valve, which not only has a 30-year design life with a valve qualification water depth range of 3,000 meters/9,842 feet, but also has an SIL rating of SIL3 with 30,000 accumulated cycles. With a volume flow rate of 22 liters in five seconds (260 liters per minute), the device has been designed to ensure quick and safe emergency shutdowns on the ocean bed.

“It’s been a huge learning curve for Schoolhill, a small company with limited resources,” Schoolhill Engineering Director Ronald Whyte said. “However, we are forward-looking and believe that the step change provided by HIPPS for the oil and gas industry will see many more operators going along this road.”

The applications for these low frictional seals are numerous, especially in those with reciprocating movements, including helical and slow turning service. The seal works well with a split groove design. To retain the seal in the groove, each seal series operates with specially profiled groove sidewalls, loosely embracing the seal cap.

Where it moves across mating surfaces with dimensional variation, the inlet chamber angles should be as small as possible, not exceeding 15 degrees and able to pass over holes in the counter surface. The hole diameter must be smaller than the seal contact area width and have broken edges following the same rules as lead-in chambers. It is preferable to divide the hole into several smaller holes. Extra care should be taken if the seal passes holes at high differential fluid pressure because the seal surface may be damaged. Holes should preferably be placed in circumferential grooves.

Oil and gas industry suppliers have come to understand that they need to push the envelope in terms of science, technology and engineering know-how. Material providers partner even more closely with equipment manufacturers to meet the increasingly demanding needs of exploration companies today. For instance, Schoolhill aligned its engineering know-how with its provider’s expertise in seals to develop a game changing hydraulic control valve for subsea HIPPS. The end result was the development of a quicker and safer way to achieve emergency shutdowns on the ocean bed. 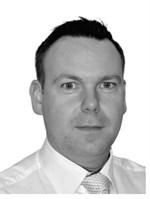