Pump manufacturers and service providers are using virtual reality and augmented reality in areas such as manufacturing, assembly, repair, maintenance and training personnel. 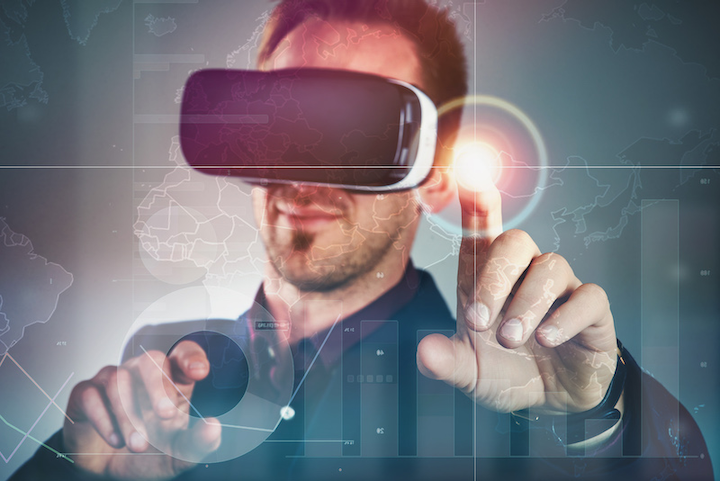 You’ll probably never go to Mars, swim alongside dolphins, or sing onstage with ACDC. But if virtual reality ever lives up to its heightened promise, all these things could be possible without even leaving the home.

Virtual reality (VR) is a computer-based machinery that generates a totally virtual environment. You are placed in this environment using a VR headset. A VR headset is a device worn on the head, and it covers your eyes and blocks all other lines of sight to the external environment, making your sense of vision detect only the images displayed on the headset screen. Virtual reality can also be experienced with the aid of large screens in a room specifically built for that purpose. Augmented reality (AR), on the other hand, is an improvement — or an addition to the already existing real environment. That is, rather than create a whole new virtual world, augmented reality enriches or augments the original environment. AR is accessed by using specially designed headsets that can detect images, which can detect features and are added to enhance the real-world environment.

Virtual reality and augmented reality are the latest in the series of technological waves sweeping across industries worldwide, and this new wave has not left out the pump industry. VR and AR technology have been effective in manufacture, assembly, repair, maintenance of facilities and in the training of personnel in the handling of equipment. This article examines the benefits of AR and VR with specific examples of how they have proven to be more effective than previous technologies.

Leading German pump manufacturing company, Leybold, started to explore the augmented reality technology in "obtaining information and graphical documentation" in 2016. While using the AR for its dry pumping system, technicians at Leybold began to see the possibilities of enjoying more benefits from the new technology. There is potential for better consumer interactions for its customers around the world. More than ever, user instructions can be well-detailed with high-resolution 3D rendering and in real time. Another potential benefit of AR, as envisaged by Leybold, is the opportunity for better training and education processes. Interior sections of the pumps can be accessed and viewed while instructions are given, without physically dismantling machinery. Maintenance and repair training can also be effectively carried out with minimal costs.

Pitt Meadows Plumbing is another example of a forward-thinking pump industry player that has embraced the augmented reality technology. However, while Leybold sees potential in using AR for training, Pitt Meadows has made the plunge and deployed the technology for the training of employees. The chairman of the company, Steve Robinson, said that they have attracted numerous young apprentices because of this approach. According to Robinson, AR and VR is compatible with the thought process and orientation that the company’s young apprentices already have. They are excited by the innovations, and they can get the best training without the risk of damaging expensive equipment. The machinery under study is modeled and presented in a 3D visual format. Robinson also said that the apprentices understood the processes and machinery better when they were displayed in clearer pictorial forms rather than the technical drawing formats previously used.

A.C. Boud and Chris Baber of the University of Birmingham, United Kingdom, carried out research on the effectiveness of the use of AR and VR on a water pump assembly. The result of the research showed that the participants found AR and VR easier to use in assembly than technical drawings. Also important, augmented reality technology proved to be more effective for the participants in assembling the machinery. This is partly because there was no tangible aspect to VR. Also, the VR was not as effective because the operators could only use one hand to navigate the environment.

From the practical applications considered, especially in pump manufacture and operation, AR seems to be more effective than VR. Also, more organizations in the pump industry tend to focus more on AR than VR. One constant, however, is the effectiveness of the VR and AR in the pump industry. It is projected that about 52 million units of VR systems will be sold by 2020. On the business side, VR and AR turn out to be cost-effective. Managers will spend less money on training and less time on locating problematic parts of machinery in case of repair. AR and VR do not threaten the teacher-student relationships built through apprenticeship, rather, they make the job easier for both the teacher and the student. With AR and VR, manufacturers, operators and end users can reap the rewards.

Motor advancements fill a long-standing gap in the pump industry