I begin this column by thanking everybody who offered an opinion in response to my February “Pump Guy” column (page 30). The article, which asked … 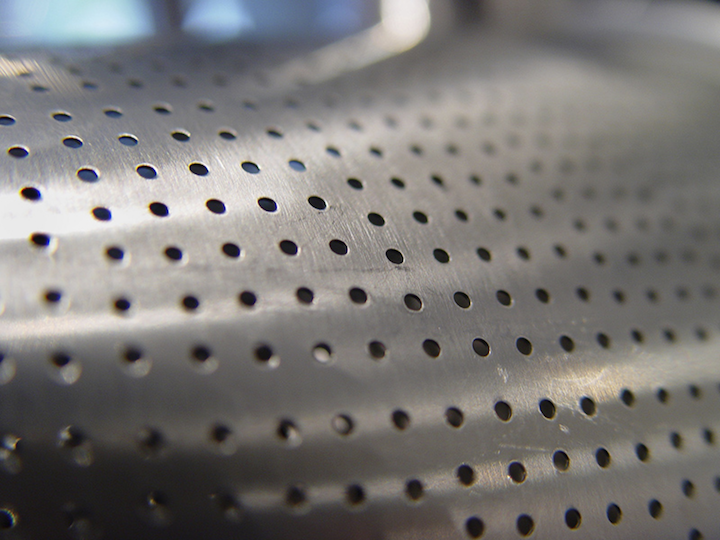 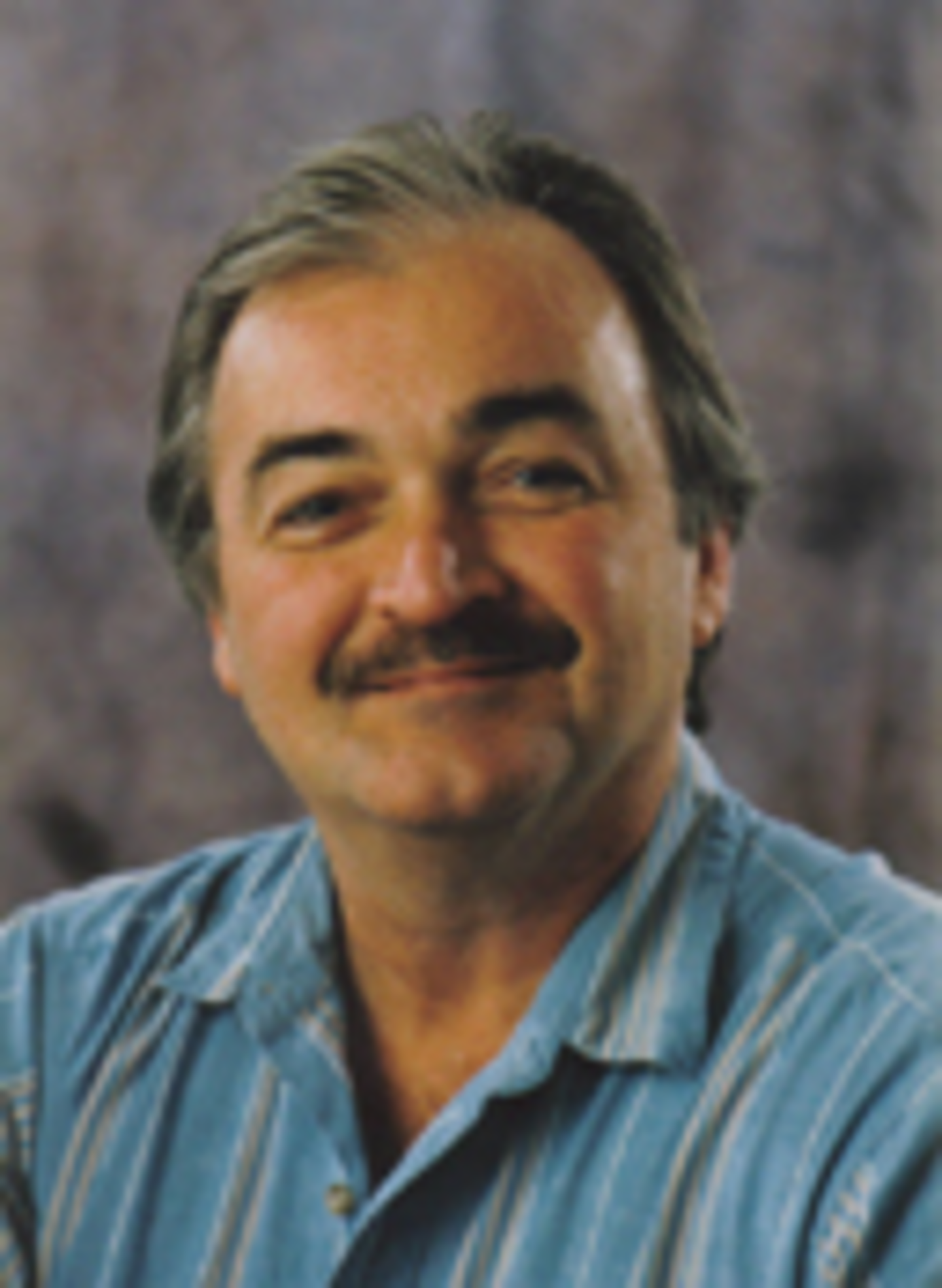 I begin this column by thanking everybody who offered an opinion in response to my February "Pump Guy" column (page 30). The article, which asked Flow Control readers to help me determine the precise, defining difference between a filter and a strainer, generated a tremendous response.

For those of you that responded, your feedback reinforces my optimism and belief in humankind — people want to help. It also proves I’m not the only one struggling to figure out the difference between a filter and a strainer.

Based on the many responses I’ve received thus far, I can draw only one conclusion … The filtration and separation industry has neglected to inform users about the use and application of filters and strainers. As such, I believe someone from the industry should step forward and clarify the confusion. How, in 2007, can we not know the difference between a filter and a strainer?

Read on for a selection of responses to my filters vs. strainers inquiry in the February 2007  issue.

Hi Larry — I read your article with considerable interest. Strainers are screens that sort objects from a fluid stream by pore, mesh, or hole diameter.

A "filter" employs any number of methods including size exclusion. Filters are three-dimensional. Strainers are two-dimensional. I consider strainers to be a subset of filters. — Dan Cross

Hi Larry — Strainers remove foreign objects by physical obstruction. Filters do the same thing and more. Filters can chemically or semi-chemically interact with the fluid (liquid or gas). An example is the wartime gas mask with a charcoal filter that removes chlorine and
other toxic gases from the air in a battlefield. Electrostatic filtration is another example. Strainers are employed to separate solid particles from a fluid stream. Filters can separate substances that are of like phase, such as a gas in a gas media or a liquid solvent in a liquid media. Filters can also remove substances that are dissolved. — Anonymous

Hey Larry — Let me add my two cents. A strainer is a single-plane device. A filter is a multi-plane device. If a strainer screen had an
orifice diameter of 10 microns, a particle larger than 10 microns in diameter would not pass. However, a rod measuring 10-microns diameter by 12-microns long would pass through the screen if it approached the orifice from the extreme end of the rod. A 10-micron filter orifice would not allow that same rod to pass.

Over the years, the terms "filter" and "strainer" have become interchangeable, as manufacturers have used the terms as they pleased. I know a number of devices that are so-called "filters," but in reality are "strainers."

So, just as I finished the above and was about to hit the "SEND" button, a much older P.E. walked in to the office and added his two cents to the
discussion as follows, "Son, filter or strainer, there is no difference. Just whatever the manufacturer thinks you want to buy." Maybe he’s right. — Jerome Buie

Larry— For what it’s worth, a filter uses a soft media mounted on a rigid frame to remove unwanted contaminants from a fluid stream. Strainers do the same, but use steel mesh or some other rigid material. The difference is in the type of media used. — Jim Darby

Hi Larry — I learned that everything over 100 mesh was considered straining, and everything under 100 mesh was filtration. Personally, I go by this definition. I keep it simple, based on particle size, not "cleanability" or type (basket, element, media, wire mesh). It also depends on the filter/strainer company you talk to, and what you want to hear. — Jim Robertson

Hey Pump Guy — I used to be the VP of Technology and GM at a filtration products manufacturer. So I guess I”m as qualified to discuss this as anyone. In my experience, "strainer" is a subset of "filter." A strainer removes a solid from solution using a purely mechanical/size-based sieving process. If the particle is larger than the size of the holes, it won”t go through. If the particle is smaller, it goes through. Filter is a more general term. It describes ANY product that removes solids from a fluid passing through the filter media. The solid could be removed by straining, but it can also be removed by agglomeration, electrostatic attraction, impingement, depth filtration, and so on. — Joe Ragosta

Hey Larry — By now, you’ve discovered that there is no official distinction between strainers and filters. I think that strainers are a subset of
the more general category of filters. I believe filters are expected to remove a sufficient volume of solids to build a cake, while strainers are not expected to build a cake. After all, we do have filter cake. But who has ever heard of strainer cake? Strainers remove solids larger than the pore size, while filters, with the aid of their cake, remove particles even smaller than the pore size. — Mike Schmidt

Hey Larry — One of my co-workers was reading your filters vs. strainers article (laughing hysterically) and decided to share his enthusiasm with me. When he asked me what my answer would be, I said "it”s simple … Spelling!" — Mitch Taber

Hey Larry — Fascinating discussion on vocabulary! But your friend is "tilting at windmills." There are no strainers, except in the kitchen along with colanders, and maybe in the plumber”s pickup truck. Perry”s Chemical Engineering Handbook has pages on filters and filtration, but no mention of strainers. — Ralph Bernstein

Hello Larry — I have worked as an engineer for a filter/strainer manufacturer for about 15 years. We have “loosely” defined a filter as being less than 75 microns and a strainer being 75 microns and larger. As you pointed out in your article, this terminology is not always adhered to.
We normally say "strainer" if the device has a metal screen, regardless of the mesh size. We normally say "filter" if the device has bags or
cartridges, regardless of the micron rating. I believe the two terms are interchangeable by definition. The two terms may be further defined by the different industries that utilize this equipment. — Anonymous

The responses continue to arrive in my email box, but we had to go to print. There is some consensus. A few respondents latched onto strainers as a subset or type of filter. Two or three people hit on strainers as single plane devices and filters as multi-plane. A couple of respondents say "orifice diameter" separates the two devices, although there is confusion on the precise diameter of separation.

Watch for my interview with the "Guru of Filtration and Separation" in June. Perhaps this will shed some more light on the filters vs. strainers
issue.

Larry Bachus, founder of pump services firm Bachus Company Inc., is a regular contributor to Flow Control magazine. He is a pump consultant, lecturer, and inventor based in Nashville, Tenn. Mr. Bachus is a member of ASME and lectures in both English and Spanish. He can be reached at larry@bachusinc.com.