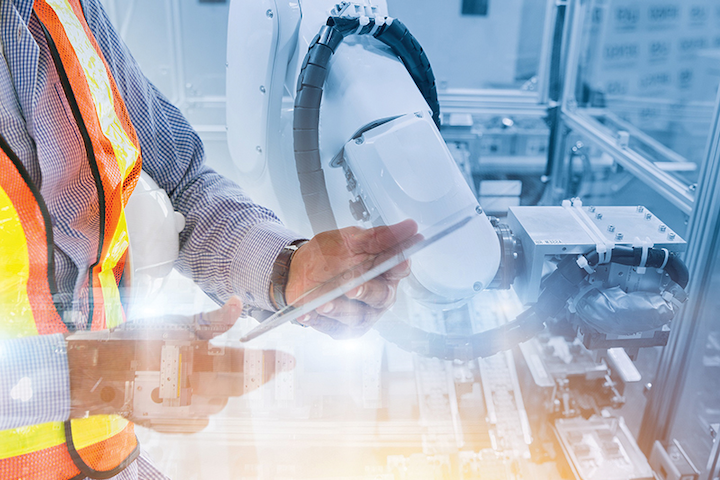 Many years back, canaries were widely used in coal mines to detect the presence of carbon monoxide. Due to their size, these birds would succumb to the gas before workers, allowing humans to escape the mine unscathed. Risk detection in modern industry, however, is a much more sophisticated affair.

Good news for our little yellow friends, the tradition of using canaries in coal mines came to an end in 1986. That said, working conditions have improved not only for the sentinel species, but also for humans working in industrial environments too. Unlike the life-threatening risks associated with historical processing industries, most of today’s risks are related to the financial implications of unplanned equipment downtime.

Downtime in processing is often caused by the failure of equipment. This downtime is often exasperated by either an inability to repair equipment or no method of accessing replacement parts. Plant managers have long implemented scheduled maintenance strategies to lessen the risk. However, according to a study by United Airlines, 89% of mechanical failures are completely random and therefore cannot be avoided using a scheduled maintenance plan. The solution: condition monitoring.

Of course, condition monitoring is not a new phenomenon. As the name suggests, this method of maintenance simply refers to monitoring the condition of equipment and performing repairs as required.

While the practice of condition monitoring is not groundbreaking, some of the technology available to implement this practice is new and innovative. In fact, one of the areas showing significant advancement is the field of remote monitoring — the practice of monitoring production remotely.

When miners used canaries for poisonous gas detection, some facilities would lower caged birds into tunnels before a worker would enter. This lowered the risk of exposing miners to gases by keeping them at a safe distance. Again, today’s production facilities do not pose such threats, but technology does allow for plant managers to monitor the problems in production from any location.

Advancements in supervisory control and data acquisition (SCADA) software is playing an essential role in improving remote monitoring. Traditionally, SCADA software would simply allow plant managers to monitor production. However, an increase in sensors and intelligent machinery has enabled this software to collect a greater plethora of data, thus enhancing remote monitoring.

For example, a SCADA system in a fluid handling application identifies an error related to the performance from a motor. In a fluid handling system, the motor drives the amount of electrical power needed to perform efficiently. However, as far as the plant manager can determine, pump output has not decreased and there are no obvious signs of a failure. So, is there really a problem?

Combining real-time performance data with historical performance data of the motor, the SCADA system could identify an incremental decrease in performance — even by the smallest amount. This is known as predictive analytics. Now, this is not to say the motor is on the brink of failure, but this small decrease in productivity could reveal an underlying issue that may lead to an eventual breakdown.

At this stage, a maintenance engineer should be deployed to investigate the cause of the decrease. There are a myriad of reasons that could cause motor slowdown, including poor ventilation, dust and contamination and improper lubrication. Inspection at this stage allows the problem to be handled rapidly. It may be a quick fix, such as the removal of dust, which can be easily reversed before it becomes a costly motor failure.

Motor failure in fluid handling could bring an entire pump system to a standstill. The financial implications of this downtime will depend on the exact industry. However, according to a report by Aberdeen Group, unplanned downtime can cost businesses up to $260,000 an hour.

Sometimes, failures cannot be avoided. For instance, if a motor was to fail due to rapid overheating, a preempted problem could not have been identified by SCADA’s predictive analytics. Using the same SCADA technology, however, a plant manager would be alerted immediately, should a motor break down. This is where the advantages of remote monitoring come to fruition.

When a motor breaks down, there is no reversing the failure. The only solution is to identify the failure promptly and take steps to replace the equipment. SCADA software can provide plant managers with production alerts from numerous devices — whether that is a human machine interface (HMI) on the shop floor, a desktop computer or mobile device. Mobile accessibility ensures that a plant manager is alerted immediately, regardless of if they are on-site, at home or out for lunch.

Reducing the time between equipment break down and identifying the problem is key to minimizing downtime overall. However, remote monitoring is not the only way to lessen the damage. Taking the motor failure as an example, restarting production also relies on the plant manager sourcing a replacement motor. Establishing a relationship with an industrial parts supplier is recommended to further streamline this process.

Modern production facilities do not present the same life-threatening dangers as the coal mining environments of earlier centuries. Today, monitoring techniques are sophisticated enough to identify even the slightest changes in production, efficiency and output data, allowing plant managers to identify and eliminate many risks before they occur.

Canaries became synonymous with the coal mining industry before their roles were rendered redundant in 1986, following the introduction of handheld gas detectors. Processing facilities are experiencing a similar, albeit more advanced, change. Advances in SCADA software, combined with sensing technology, is improving how plant managers monitor sites, allowing for more efficient maintenance plans and, in turn, decreased downtime.

Without a canary in sight.