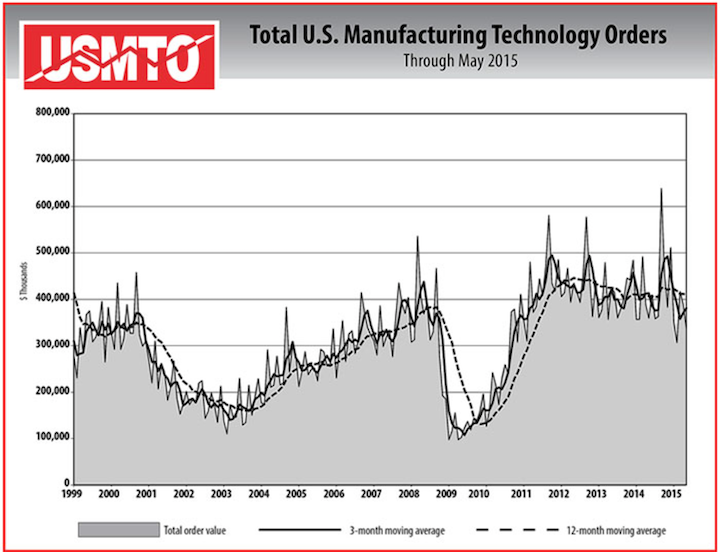 May U.S. manufacturing technology orders totaled $336.98 million down 13.2 percent from April’s $388.43 million and down 6.2 percent when compared with the total of $359.28 million reported for May 2014, according to The Association For Manufacturing Technology.

These numbers and all data in AMT’s monthly report released July 13 are based on the totals of actual data reported by companies participating in the United States Manufacturing Technology Orders program.

"In large part, the decline in manufacturing technology orders is due to smaller manufacturers feeling a sense of economic uncertainty and therefore hesitant to make any kind of capital investment," AMT President Douglas K. Woods stated in a press release. "In addition, the energy industry has curbed its spending, accounting for about half of the year-to-date decline in orders, and aerospace did not perform as well as expected in the first quarter. We expect the downturn to ease thanks to strong performance in the automotive and medical industries, with industrial production and a stronger PMI also indicating resilience in manufacturing."

U.S. manufacturing technology orders are also reported on a regional basis for six geographic breakdowns of the United States, which can be found on AMT’s website.