Running a plant or unit beyond its engineered design capabilities takes a toll on equipment, but wireless corrosion sensors can determine when safety or asset integrity is at risk. 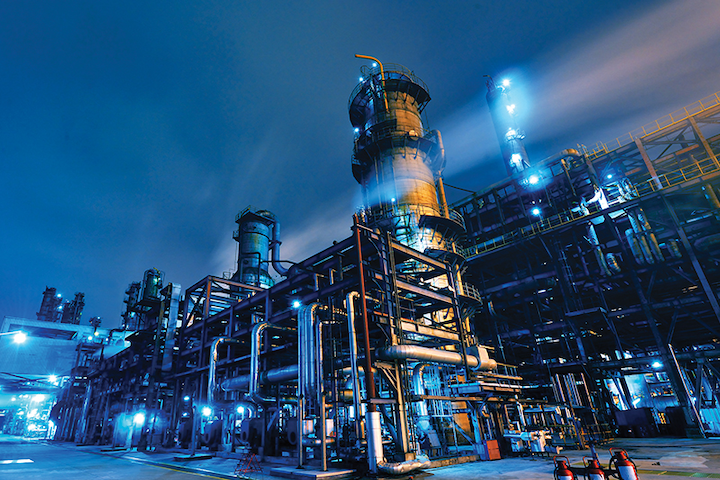 Process plants and the individual units within them are designed to produce a specific product or small group of related products to meet market needs. This is especially true for continuous processes such as oil refineries where, once started, a plant may run for years between turnarounds. In addition to having a small product slate, continuous processes must operate within narrow capacity ranges to optimize heat transfer and product yields.

Vessels, burners, pipes, pumps, valves and other process and control equipment are sized and selected to handle the types of feedstock and production volumes the plant operator originally envisioned. As a result, it is not easy to make major changes in output or accommodate feedstocks with different characteristics. Unfortunately, in the real world, plants are often called upon to make these kinds of changes.

This often requires changing equipment configurations to relieve some of the tightest bottlenecks. Indeed, debottlenecking has become a critical skill to increase limits while minimizing side effects and equipment changes.

Dealing with side effects

One approach is to simply run pumps faster, open valves and exceed limits in an effort to increase production. Naturally, the effects will vary greatly, depending on the nature of the plant, but the following are a few examples:

In short, effectiveness is reduced across all stages of the process. Equipment wear also increases as more product is forced through all equipment. These changes take their toll and will expose any weak links in the equipment configuration and construction.

In some cases, a decision may have been made years ago to undersize equipment to reduce construction costs. Whereas plant designers might have tried to size piping to keep flow velocities manageable in an effort to maximize equipment life, in recent years, one common practice calls for smaller diameters as a major cost-cutting effort. Increasing velocity increases wear, thus simply moving the increased cost out into the future.

Similarly, changing feedstocks can cause less-visible problems. Opportunity crudes used as refinery feedstocks are usually inexpensive for a reason: They often contain contaminants in the form of sediment or acids that can increase equipment wear, corrosion and erosion rates. For example, the alloys selected for piping and vessels when the refinery was built will have reflected the feedstocks expected at the time. Light, sweet crudes can work well with inexpensive carbon steel piping, but high total acid number (TAN) crudes can cause far more rapid metal loss.

A refiner in Europe called for an increase of production at one facility by a major factor. This location already had a high conversion capacity, so the addition was an enormous challenge. Its hydrocracker unit was key to the process, meaning increasing production here was critical to the overall project.

The company’s design engineering team carried out extensive evaluations to determine feasibility, including hazard and layers-of-protection analysis. The team ultimately concluded that the production increase was possible with the existing equipment, but modifications would need to be made to the process. 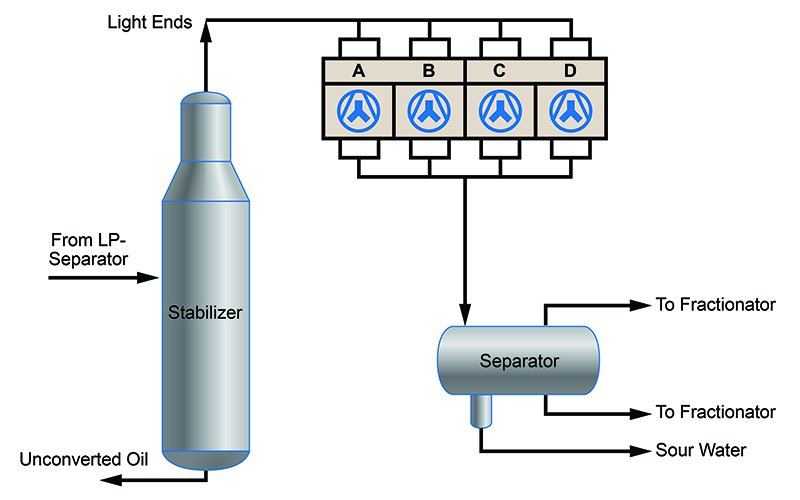 The flow of light ends was split up and sent through a series of air-cooled heat exchangers, operating in parallel, to cool the stream and condense the remaining oil so it could be removed in a final separation stage. Sour water also condensed at this point, so the separator produced propane, unconverted oil and sour water as three output streams.

This part of the process did not have to undergo any hardware changes to accommodate the production increase; however, the volume that the overhead system had to handle increased significantly due to the overall separation efficiency loss of the hydrocracker.

After four years of operating at the higher production level, plant management was convinced that the overall effort proved to be a success with appropriate increases in profitability. A new equilibrium was reached, or so they thought.

A problem revealed when the increased liquid velocity caused by the higher flow rate resulted in erosion in the complex header created to join the outlets of the air-cooled heat exchangers. At this point, the eight individual heat exchanger outlets had to be joined into one (see Figure 2). One day, operators discovered a plume of liquid propane with high H2S content shooting out of a newly formed leak in the header, creating serious safety and environmental issues, not to mention product loss. 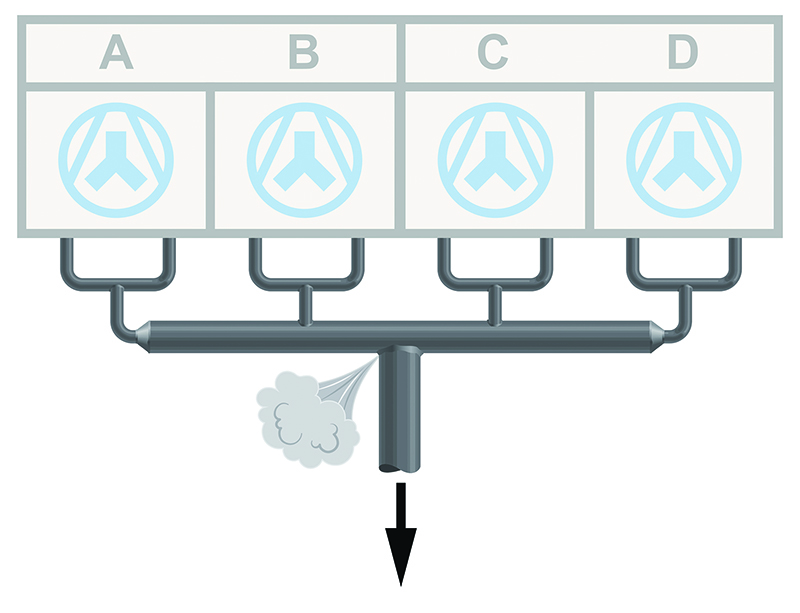 Figure 2. The header takes eight outputs from the heat exchangers and combines them into one line for the separator inlet. The leak occurred at the point of highest flow rate.

Figure 2. The header takes eight outputs from the heat exchangers and combines them into one line for the separator inlet. The leak occurred at the point of highest flow rate.

Fortunately, the problem was discovered before the propane found an ignition source. The unit was shut down briefly so an externally mounted clamp could be installed before resuming operation.

Engineers trying to understand what happened returned to the analysis performed four years earlier to determine if some unanticipated operational factor had changed or if the analysis had simply been wrong. The original carbon steel header had been left in place because the conclusion at the time suggested the material was adequate for the service. Of course, the liquid velocity was highest at the point where all flows came together at the final outlet, which is exactly where the leak formed. The corrosive nature of H2S was considered a contributing factor, but erosion caused by high liquid velocity was the main cause.

After performing a better repair, the team considered longer-term options. Should they continue operating with the existing carbon steel header, or shut down and fabricate a new header out of stainless steel as quickly as possible.

The obvious issue that needed to be first addressed was the overall condition of the header and the degree to which it had already eroded. Was this leak merely one that would be followed by many more? Even if they decided to replace the header, fabrication would take weeks. Installing it would require a shutdown of the unit, but continuous production was scheduled for the foreseeable future. Would the existing header last long enough to reach a shutdown?

To determine the existing header’s condition, the evaluation team installed five ultrasonic wall thickness sensors at strategic points (see Figure 3) where the liquid streams passed through different velocity stages. The total sensor installation project costs were approximately 25,000€; however, given the production value of the unit at about 1 million € per day, it was regarded as a minor expense. 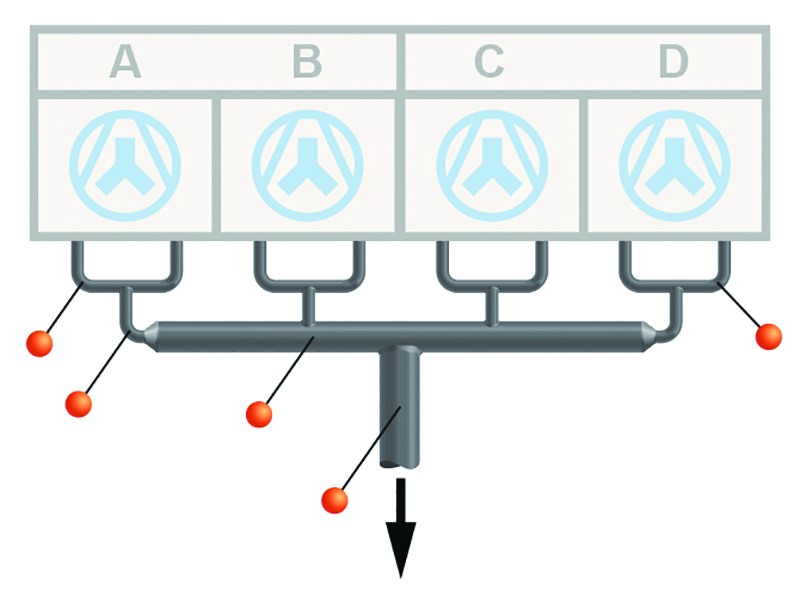 Figure 3. Adding Emerson’s corrosion sensors at strategic points determined the existing wall thickness and how quickly the metal was eroding from the inside.

Figure 3. Adding Emerson’s corrosion sensors at strategic points determined the existing wall thickness and how quickly the metal was eroding from the inside.

Emerson’s corrosion technology uses a permanently mounted ultrasonic sensor capable of taking continuous metal-thickness readings and sending the data to a monitoring and historicizing system via an IEC 62591 WirelessHART network (see Figure 4). Readings from individual sensors can be analyzed throughout time, making it possible to watch metal loss as it happens.

Figure 4. Wall thickness measurements can be historized and watched throughout time, allowing the effects of high TAN crudes to be monitored.

The sensors indicated significant metal loss in the header from a combination of erosion assisted by corrosion. In the worst areas, the pipe wall was thinning by 2 millimeters per year. The evaluation of the header performed four years earlier had not fully taken this issue into account, which is why the carbon steel header had been left in place.

Adding the nonintrusive wireless corrosion monitoring sensors allowed the engineers to determine the condition of the header and watch any subsequent deterioration as it happened. This provided an accurate indication of how much time remained before another leak developed or a more catastrophic failure occurred. Fortunately, enough time existed to fabricate a new stainless steel header without extraordinary rush costs and to install it during the soonest available planned shutdown. The true value of the installation was in avoiding far greater costs for expedited design and fabrication of a new header and production disruptions for a shutdown not yet warranted.

Saving costs by using cheaper grades of crude oil, potentially carrying serious contaminants, is a gamble many refiners choose to take. Most facilities can tolerate processing these feedstocks for some period, but ultimately, the weakest point will fail and begin to leak or worse.

A refinery that has been in operation for some years will usually contain a mixture of new and old equipment. Piping and vessels in one part of a unit may be stainless steel but carbon steel in another. Liquid velocities are not always consistent, so different wear factors must be considered.

Adding corrosion wall thickness sensors in strategic locations can enable a plant to monitor what is happening with pipework by providing an accurate and continuous picture of ongoing integrity threats. When this type of data history is available, it is easy to see how different feedstocks affect metal loss. The sensors and associated software can even provide alarms if corrosion moves past a predetermined rate.

This data is insightful for production planners to determine when changing feedstock makes economic sense or when much of the savings is lost to plant damage and resulting production losses. Having current asset health data trended over time makes the difference toward more informed operating decisions. 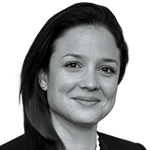 Christiane Lederer configures corrosion monitoring solutions and supports the North American downstream customer base as part of the business development team for Emerson Automation Solutions corrosion monitoring. She joined the company in 2014 as a sales engineer, bringing a wealth of experience gained while working in the refining industry, most recently at OMV’s Schwechat Refinery. Lederer holds a doctorate in mining and metallurgical sciences and a master’s degree in process and environmental engineering, both from Austria’s University of Leoben.

Few would argue that the transition to modern-day, sensor-based centralized management has had a major impact on improving productivity. However, some issues remain.
John Pitcher
Aug 30th, 2013

How to Choose a Non-Contact Infrared Temperature Sensor