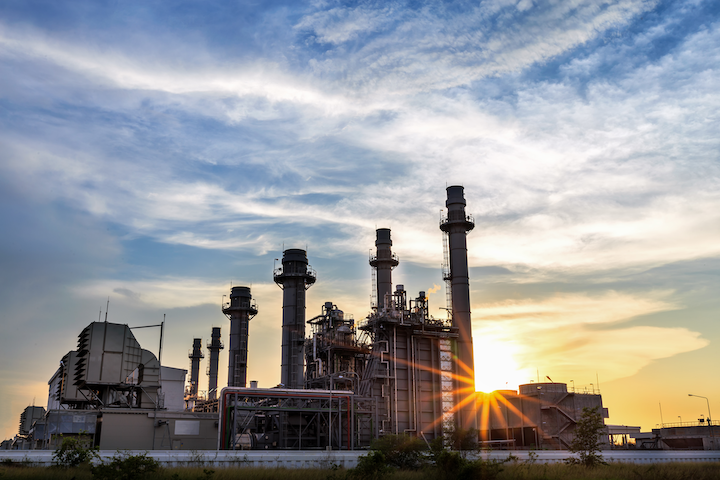 Steam is important in many plants and facilities, and it is widely used in applications including industrial heating, heat tracing, steam turbine drivers, steam cleaning, process usage, atomization using steam, cleaning, moisturization and humidification. A boiler or steam generator is a device used to produce steam by applying heat energy to water.

A boiler incorporates a firebox or furnace in order to burn the fuel and generate heat. The generated heat is transferred to water to make steam — the process of boiling. This produces steam at a rate that varies according to boiler operation. High-quality treated water known as boiler feedwater should be used to produce steam. Pressurized boiler feedwater is pumped to boilers or steam generation systems using boiler feedwater pumps. The higher the temperature of the furnace section of the boiler, the faster the steam production. Any remaining heat in the combustion gases can then either be evacuated or made to pass through an economizer; the role of which is to warm boiler feedwater before it reaches the boiler.

The furnace section of a boiler should be sufficient in size for flame development and should allow complete and efficient combustion of the fuel before leaving the furnace. The furnace section should preferably be a single compartment. Central wall or division walls on a furnace section is not suitable, nor acceptable, in many cases. High velocities of hot gases can be problematic, as associated erosion or corrosion effects are damaging. As an indication, the gas velocity through the boiler passes should usually be less than 14 m/s. However, the velocity is often more than this value.

Burners should be provided so that no flame impingement on the boiler’s walls would occur when firing the specified fuel under all operating conditions. Emissions are a major problem in boilers. The firing system should be equipped with advanced low emission and low NOx burners.

To create optimum burning characteristics of the fire, air should be supplied to the fire. Most boilers depend on a mechanical draft equipment (fan) rather than natural draft. This is because natural draft is subject to outside air conditions and temperature of flue gases leaving the furnace. These factors make effective draft hard to obtain and control. Therefore, the mechanical draft equipment/fan is more economical and preferable.

There are three types of mechanical draft: induced draft, forced draft and balanced draft. Induced draft can be obtained by various methods. The most common method is by using an induced draft (ID) fan, which sucks flue gases out of the furnace and up the stack. Almost all induced draft furnaces have a negative pressure. Other types of induced draft are stack effect, steam jet and ejector-oriented, which are used in small, specialized applications.

Forced draft is obtained by forcing air into the furnace by means of a forced-draft (FD) fan and ductwork. Air is often passed through an air heater. It heats the air going into the furnace in order to increase the overall efficiency of the boiler. Dampers are usually used to control the quantity of air admitted to the furnace. Forced-draft furnaces most often have a positive pressure. Balanced draft is obtained through the use of both induced and forced draft. This is more common with larger boilers where the flue gases must travel a long distance through many boiler passes. The induced-draft fan works in conjunction with the forced-draft fan, allowing the furnace pressure to be maintained slightly below atmospheric.

The goal in a boiler is to make the heat flow as efficiently as possible from the heat source to the water to generate steam. The water is confined in a restricted space heated by the fire. The produced steam has a lower density than the water and therefore will accumulate at the highest level in the boiler.

There are different configurations for boilers. Simple, straightforward models use one-section boilers or a once-through concept. Other boilers are complex with many sections such as the evaporator, economizer and superheater.

A simple way to rapidly produce steam is to feed boiler feedwater under pressure into tubes surrounded by the hot combustion gases. This simple concept is used in many inexpensive, small and basic boilers that are ultra-compact and lightweight. The tubes frequently have a large number of bends and sometimes have fins to maximize the surface area. However, the application of finned tubes in any type of boiler or boiler section needs care. This type of simple boiler is generally preferred in medium-pressure, small-size applications, since the medium-pressure water/steam is contained within narrow pipes, which can contain the pressure with a relatively thinner wall.

Once-through-type boilers are also used in many applications. They usually consist of a continuous tube or coil. There are many models of once-through boilers in different sizes from small to large. Water is usually pumped into the tube/piping system at the bottom, and the steam is drawn off at the top. Water enters the bottom of this tube/piping at a high pressure and high velocity. In some specialized boilers, the water velocity can be as high as 100 m/s or more. As the hot gases pass between the coils/tubes, they gradually cool, and the heat is absorbed by boiler feedwater.

An evaporator is one of the important sections in a multisection boiler. Different configurations for evaporator sections are available. Evaporators of a large boiler are usually spirally arranged water walls with smooth tubes in the flame region and vertical smooth tubes in the upper part of the radiation zone. The furnace of such large boilers is usually a water-cooled radiant-type, with welded gas-tight membrane wall construction, and arranged to minimize the adverse effects of firing, such as slagging, on the boiler.

Pressure parts of boilers should be provided to withstand actual pressure and pressure rise margins, including internal pressure drops and others. In addition, the tube and piping materials for boilers should be generously selected with regard to corrosion and erosion. All boiler headers, piping and tubes are usually made of seamless steel alloy piping or tubes (from suitable alloy steels). Consideration is needed for the material of tubes/piping, arrangement of tubes/pipes and flow velocities in the tubes/pipes, as well as provisions to prevent high-temperature steam corrosion and steam oxidation of tubes. Adequate provisions and spacing should be made for thermal expansion of piping, tubes and headers. Tubes and steam piping should be widely spaced to prevent bridging by combustion products such as soot or ashes.

There are many models for the superheating sections of boilers. A common concept for large boilers is that the steam superheating piping (or coils) is directed through the flue gas path in the boiler furnace. As a rough indication for large boilers, the temperature of this area is usually between 1200°C and 1600°C. Some superheaters are radiant type, others are convection type, and most of them are a combination of the two. While the temperature of the steam in the superheater is raised, the pressure of the steam typically stays constant. Most importantly, the process of superheating steam is to remove all water droplets entrained in the steam to prevent damage to the steam system, associated steam piping, steam users and particularly steam turbine blading.

In small boilers and applications, relatively simple concepts are used for operation, control and monitoring. Larger boilers need sophisticated concepts, tools, logics and various sensors and actuators. Dry operation and localized high temperatures can cause problems in boilers. In many small boilers, the fire will automatically cut off by temperature or pressure, so if the boiler becomes completely dry, it would be impossible to damage the coils/tubes, as the fire would be cut off by the control and monitoring system. Larger, multisection boilers need more sophisticated logics and concepts for proper operation and control.

Monitoring plays a major role in operation, safety and reliability of boilers. All critical parameters at all strategic locations should be monitored. The design and configuration of all sections, such as evaporators and superheaters, should allow for uniform steam temperature distribution in the elements and tubes of the boiler to prevent overheating of tubes and headers. For example, in large boilers, sufficient thermocouples on outlet tube legs and other locations should be provided for monitoring the steam temperature distribution.

The design/configuration of a boiler and its control and monitoring systems should ensure that the various sections of the boiler, such as superheaters, will not overheat during all possible cases of operation, transient cases, start-up, shutdown, loss of steam temperature control, boiler trip, sudden load rejection and restoration to full load.

Amin Almasi is a lead mechanical engineer in Australia. He is chartered professional engineer of Engineers Australia (MIEAust CPEng – Mechanical) and IMechE (CEng MIMechE) in addition to a M.Sc. and B.Sc. in mechanical engineering and RPEQ (Registered Professional Engineer in Queensland). He specializes in mechanical equipment and machineries including centrifugal, screw and reciprocating compressors, gas turbines, steam turbines, engines, pumps, condition monitoring, reliability, as well as fire protection, power generation, water treatment, material handling and others. Almasi is an active member of Engineers Australia, IMechE, ASME, and SPE. He has authored more than 150 papers and articles dealing with rotating equipment, condition monitoring, fire protection, power generation, water treatment, material handling and reliability. He can be reached at amin.almasi@ymail.com.