Gas flow and pressure spikes caused by using a plunger to clear the well bore create challenges for wellhead instrumentation. 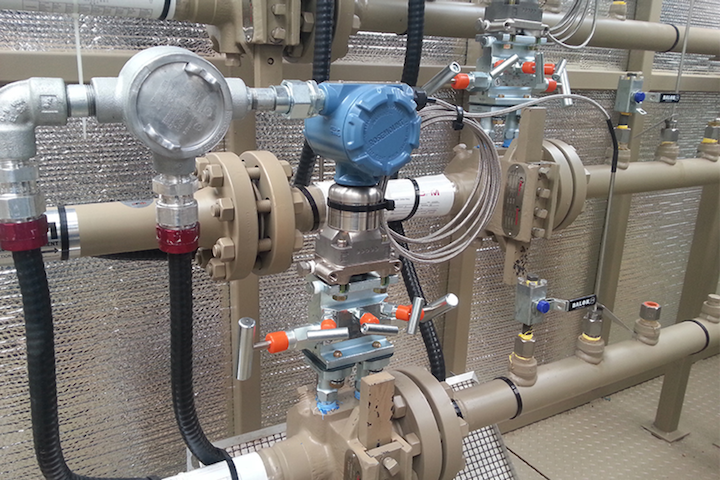 The current low price of natural gas puts increased pressure on producers to be as efficient and cost-effective as possible. The search for ways to cut costs and gain revenue is leading an increasing number to look closely at ways to sustain production from aging wells while ensuring all gas produced is measured accurately.

This article explores the use of the plunger lift method of keeping existing and often older gas wells producing, examines some of the challenges involved, and gives suggestions on how best to implement the technique.

Wells load up with liquids as they age

Early in the life of a gas well, production rates and velocities are usually high enough to keep the well bore clear of liquid accumulation. Any liquids present are carried to the surface, entrained in the gas stream. The high turbulence and velocity of the gas easily lifts the liquids and the well produces at steady flow rates.

As the well ages, reservoir pressures decline along with flow rates and velocities. The gas-lifting characteristics change and liquids begin to collect on the walls of the production tubing. Liquids still move up and out of the well eventually, but less efficiently than before.

As gas rates and velocities continue to drop, liquids on the tubing walls that moved upward begin to stall, and the liquid restricts the gas flow. When enough liquid accumulates, liquid "slugs" form.

At this stage of production, the reservoir still builds enough gas pressure under the liquid slugs to overcome the hydrostatic pressure and force the slug back up the tubing. The gas expands, some of it carrying liquid and some slipping through the liquid. This carries much of the liquid out of the well bore, but it impedes the gas flow and causes a slower flow rate. The slugs can cause significant stress on downstream equipment, but this is part of normal production of an aging well.

Eventually the flow rate falls below a critical value because there is no longer enough gas pressure to carry the liquid out, and gas production is choked off, killing the well. More direct measures are required to clear the well bore and maintain production.

Getting the liquids out

Several methods can be employed to get liquid slugs out of the well and resume production. Perhaps the simplest method is blowdown: Vent the well to atmosphere so back pressure is released and the gas pressure in the ground can overcome any liquid slugs, blowing them out. While usually effective and inexpensive, this method releases a burst of methane into the atmosphere each time it is used. This wastes product, and such releases are subject to strict regulation.

Another solution is to install a plunger lift system, which is relatively inexpensive to install, emits no methane, uses no consumables and requires minimal power. The equipment consists of a plunger head assembly (also called a lubricator) at the top of the well. An electronic controller holds and releases the plunger at the appropriate times. Various valves are needed, along with several pressure and differential pressure (DP) flowmeters (see Image 1). Power consumption is usually low enough to permit solar collectors to drive the overall system.

The action is simple: A plunger, sized to be close to but less than the diameter of the well tube, drops to the bottom of the well, where it lands on a bumper spring. The well is shut off at the top, allowing pressure to build up. When pressure is high enough, the well is opened and the pressure can push the plunger up the tubing, lifting the liquid above it and freeing the gas flow so production can resume. The plunger is captured when it pops out and retained until the water column eventually reforms and the entire cycle repeats. On some wells, the clearing cycle may run several times per hour. 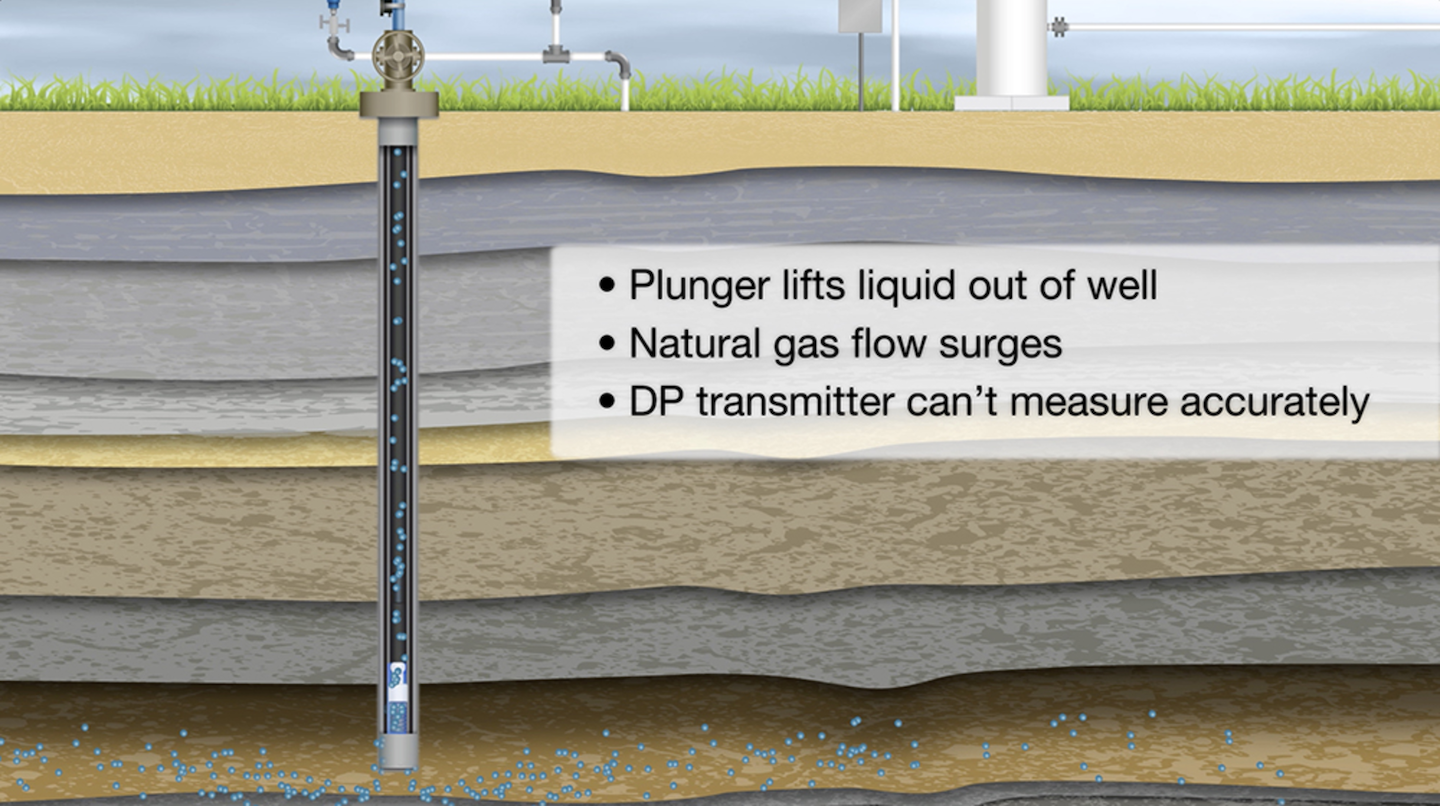 Figure 1. The plunger causes pressure to build up in the well, causing a surge when it emerges from the tube. This often exceeds the flowmeter’s range.

Figure 1. The plunger causes pressure to build up in the well, causing a surge when it emerges from the tube. This often exceeds the flowmeter’s range.

The challenge for flowmeters

While a plunger lift system works well, it presents several challenges for measuring gas flow, primarily because it subjects flowmeters to large spikes. When the plunger arrives at the top of the wellhead, a dramatic increase in gas flow occurs, causing a large pressure spike (see Figure 1). This spike happens with every plunger cycle and can make maintaining gas flow measurement accuracy difficult. These operating conditions need to be taken into consideration when selecting a DP flowmeter.

Most wells that use plunger lift systems typically install DP flowmeters designed to operate with DP values below 250 inches of water column (wc) across the primary element during normal operation, which is up to 96 percent of the time. Consequently, users select DP transmitters with ranges that will be the most accurate during normal operation.

However, a problem results when users choose transmitters with upper sensor limits close to 250 inch wc because any reading above the upper limit will register as a transmitter-high saturation. The huge burst of gas released when the plunger comes out of the pipe can send the DP reading across the primary element as high as 800 inch wc, pushing the flowmeter off the scale (see Figure 2). 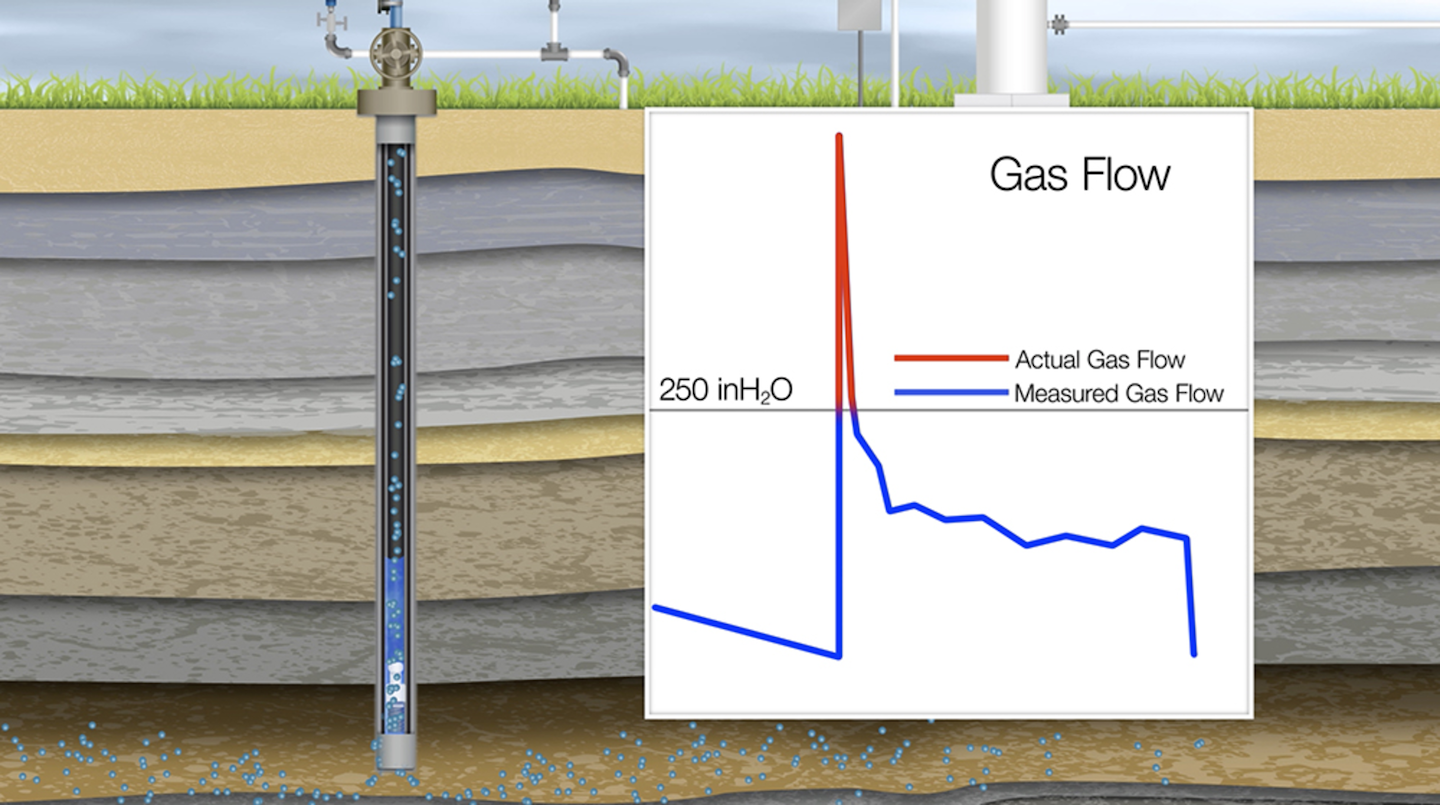 Figure 2. A flowmeter sized for maximum accuracy during normal production will be saturated during the spike, sending the reading off the scale.

Figure 2. A flowmeter sized for maximum accuracy during normal production will be saturated during the spike, sending the reading off the scale.

Consequently, the volume of gas collected between the plunger blowing out and the pressure settling back down to normal levels where the flowmeter can read it again is not measured. The gas is captured, but not included in the totalized flow report for the well. This can result in tens of thousands of dollars in understated production per wellhead per year.

To counteract this issue and read those DP spikes, the obvious solution is to outfit the flowmeter with a DP transmitter able to reach a higher upper-range limit, typically 1,000 inch wc. This solves the problem of misreading the spikes, but can result in a less accurate value when the flow is at normal levels. Traditional DP flowmeters with upper ranges of 1,000 inch wc working near or below 250 inch wc, where the well is flowing up to 96 percent of the time, will produce less accurate readings (see Figure 3). Even these small scale-related inaccuracies will compound over time, resulting in missed natural gas and consequently, missed dollars. 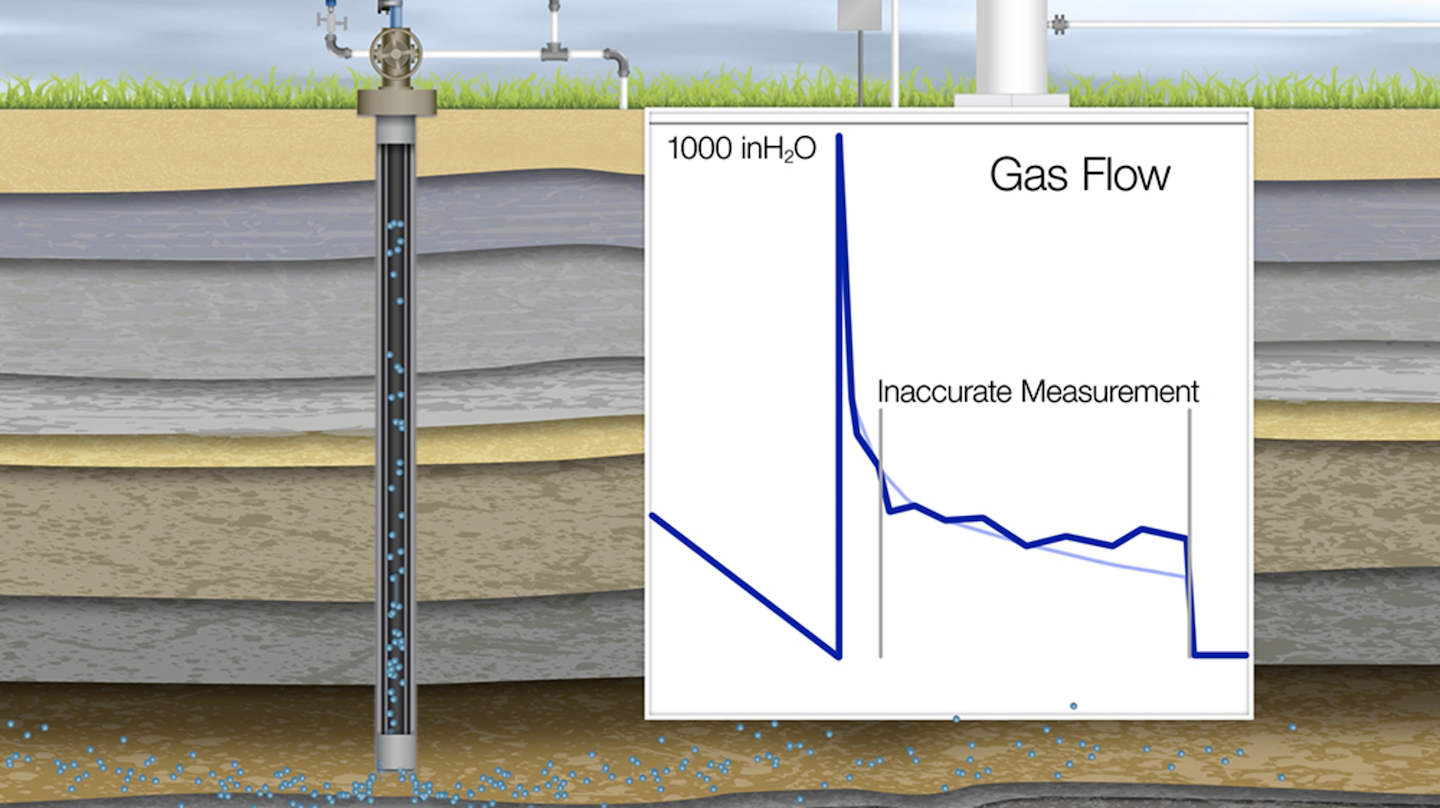 Figure 3. Transmitters reading correctly all the way through pressure spikes may have poorer accuracy at lower pressures. The challenge is to find a transmitter that will maintain accuracy in both regions.

Figure 3. Transmitters reading correctly all the way through pressure spikes may have poorer accuracy at lower pressures. The challenge is to find a transmitter that will maintain accuracy in both regions.

A more sophisticated way to approach this problem is to stack or piggyback multiple transmitters with different ranges to accurately measure high and low flow. The practice is common, but it requires at least twice as many transmitters with their added connection points, maintenance, initial and installed costs.

This burst of high-pressure gas is not lost simply because it is incorrectly measured at the wellhead. However, it may not be recognized until it is farther down the delivery chain. The producer is effectively giving it away to the pipeline operator and it will not be attributed to the correct source, understating what is paid to the royalty owner and gas producer. If gas is selling for $3.00 per 1,000 cubic feet, and 2 percent of the overall volume is missed during pressure spikes, even a depleting well that produces only 200,000 cubic feet per day could miss more than $4,000 of revenue per year. A more typical well that produces 4 million cubic feet per day will miss more than $85,000 per year. When production margins are thin, accurate production and cost information are paramount for sound decision-making.

DP transmitters are available with upper pressure limits from 25 to 1,000 inch wc, and when applied to a flowmeter, they will have varying accuracies over those ranges. Users should examine performance data carefully as they consider how to maximize pressure measurement accuracy for their particular applications.

As discussed, choosing the best transmitter requires achieving a balance between high measurement accuracy at the nominal flow rate while still being able to work correctly during the pressure spikes inherent to plunger lift applications. Some DP flowmeters maintain higher degrees of accuracy across wider turn-down ranges than others. When evaluating performance, this should be a critical consideration.

Pressure pulsations caused by equipment operating along the pipeline can also harm transmitter accuracy. Long impulse lines to the transmitter can amplify or distort these pulsations, resulting in gauge-line error in the pressure measurement. Such inaccuracies in measurement can translate to production and custody transfer errors for a given well, resulting in leaseholder disputes.

Studies show that closely coupling the DP transmitter to the flowmeter’s orifice taps helps minimize gauge-line error. Stabilizing connectors are also often used to achieve a direct-mount installation. Additionally, having a manifold connection between the transmitter and gas process with a large (3/8-inch ID or larger) and constant diameter will make plugging during service less likely. Lastly, it is a good idea to include dielectric isolation in applications where corrosion is a concern and protection is needed from pipeline transients.

Pressure and flow instrumentation optimized for wellhead operations can help users solve some of their tough gas flow measurement problems. Flowmeter measurement ranges should be wide enough to capture the entire plunger lift cycle while maintaining accuracy at nominal flow rates. By doing this, producers can capture full production flow data with high degrees of accuracy, avoid giving away product and maintain an accurate picture of well production.

How to select the proper pressure gauge

Pressure gauges are still useful in many applications, and developments can extend their capabilities.
Wally Baker
May 15th, 2017

Many differential pressure transmitters are affected by whether the transmitter is oriented in the same plane in the shop as in the actual installation.
David W. Spitzer
Apr 6th, 2017

Infographic: Comparing design by analysis versus design by rule for pressure vessels

Though it is the most common, the design by rule approach may not be the safest.
Robyn Tucker
Apr 8th, 2016

One of the challenges catalysis researchers face is finding effective fluid control systems that can operate under harsh conditions.
Jeff Jennings
Oct 13th, 2015

The ‘Absolute’ Best Way to Monitor Your Pumping System’s Performance

Pump Guy Mailbag: Dear Pump Guy, You taught a pump course with our group last year in Jamaica. We were very impressed with your …
Larry Bachus
Oct 6th, 2015

Complying with Changes to the Pressure Equipment Directive

By HPi Verification Services Despite being synonymous with regulation and stringent HSE policies, many global oil and gas companies, particularly those entering the industry in …
Amy Richardson
Sep 17th, 2015

The City of Farmington Hills is the second largest city in Oakland County, Michigan, with a population of over 80,000. Most of the city has …
Matt Migliore
Aug 17th, 2015