Because biotechnology companies produce complex molecules for human use, there is need to monitor and control all aspects of this complicated process to ensure safe, viable and consistent products. 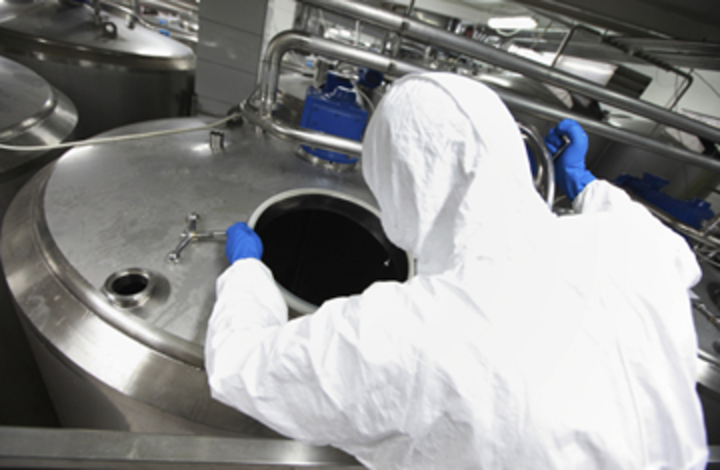 Fermentation, widely used to process food, biochemicals, beer, wine and spirits, or ethanol, is also employed to produce a wide range of biopharmaceutical products. Biotechnology’s unique signature in making medicines is to utilize proteins for making drugs rather than the chemicals of traditional pharmaceuticals. Living cells—either bacteria or more complex mammalian cells—serve as micro-factories that can manufacture the appropriate proteins. Bioreactors cultivate animal cells. Fermentors cultivate microbes. Cell culture processing is a specific kind of fermentation that applies similar techniques for growing cells from living microbes.

Our customer, a U.S. biotech company, relies on cell culture fermentation to make leading-edge medicines. Their cell culture process largely consists of transferring 98 percent of a tank’s contents to another tank and topping off the 2 percent with new media. Level transmitters ensure that this process is accurate.

Because biotechnology companies produce complex molecules for human use, there is need to monitor and control all aspects of this complicated process to ensure safe, viable and consistent products. Any means that can create new economies in large-scale production without diminishing established levels of quality are highly desirable, which is what happened when hygienic Eclipse® guided wave radar (GWR) devices were implemented during a recent company expansion.

In planning the new cell culture fermentation units for the expansion, the cell culture processing system was given a stringent review.

The previous system utilized load cells. However, the load cells and the yearly calibration verification turned out to be unreasonably expensive. That’s when MAGNETROL proposed replacing the load cells with hygienic ECLIPSE GWR transmitters in 304 stainless steel housings and Model 7EF-E hygienic probes. How can GWR technology replace load cells?

Load cells measure mass. In addition to level, ECLIPSE GWR technology measures volume. For ECLIPSE transmitters to measure volume, our customer’s tanks were first strapped, which is a procedure of precise physical measurement of the tank geometry and calculation of capacity tables. Since the density was precisely known, our customer could then multiply the volume by the specific gravity to obtain an inferred mass. This is how volume measurement obtained through the ECLIPSE device was able to replace a load cell’s mass measurement.

Our customer was impressed that the replacement resulted in benefits to the bottom line, because the upfront cost for the ECLIPSE units was 75 percent less compared to load cells. In addition, yearly dry calibration verification costs were 10 percent lower than the cost required to calibrate load cells.

However, based on the fact there was not an installed base and history of GWR technology at this facility, our ECLIPSE solution was first installed on a trial basis. Our customer’s requirement was to accurately measure down to the last 15.8 gallons (60 liters) of the 990-gallon (3,750-liter) vessel in order to obtain the ROI needed to fund the project. To meet this goal, a hand-fabricated, curvilinear ECLIPSE GWR probe, which extended down the vessel’s sidewall and inclined toward the very bottom outlet valve, was used.

Six ECLIPSE GWR probes were cut and shaped on-site so that the tip of the probe came as close as possible to the outlet on the dished vessel. After strapping and calibration, the probes accurately measured down to the last 8 gallons (30 Liters), resulting in control performance that was twice the goal outlined by the biotech company.

One application in which a process variation does affect the performance of GWR can be found in the power industry, where the need for accurate level measurement of boilers, feedwater heaters, and deaerators is important.
Sponsored by Magnetrol
Jul 16th, 2013

Over the past month, we’ve added some new and compelling video content to the FlowTube fluid handling video service on FlowControlNetwork.com.
Matt Migliore
Apr 30th, 2013

And the Nominees Are …