For steam-raising plants where steam drums are installed, reliable measurement is critical in ensuring the safety of the plant. 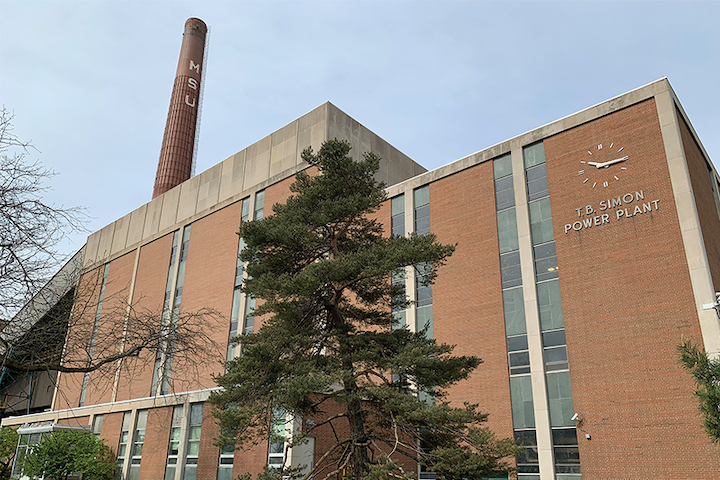 In power plants, failure to accurately gauge levels within the steam drum could lead to dry conditions or rising level and water entering the steam turbine — both critically dangerous situations. However, level measurement advances are addressing these issues.

Conductivity probe instruments, such as Hydrastep, were originally developed as an alternative to sight glasses for steam drums, also referred to as boiler drums or feed drums. Sight glasses — vertical columns attached to the drum with a glass window for level indication — can be difficult to read and originally had no means of monitoring from a remotely positioned control room. Conductivity probe instrumentation provided an alternative.

Later improvements to sight glasses included using refraction of a backlight and then CCTV for remote viewing. Even so, steam water gauging systems based on conductivity probe technology give a clear visual display, both locally and remotely, and have become a solution for steam drum level indication. 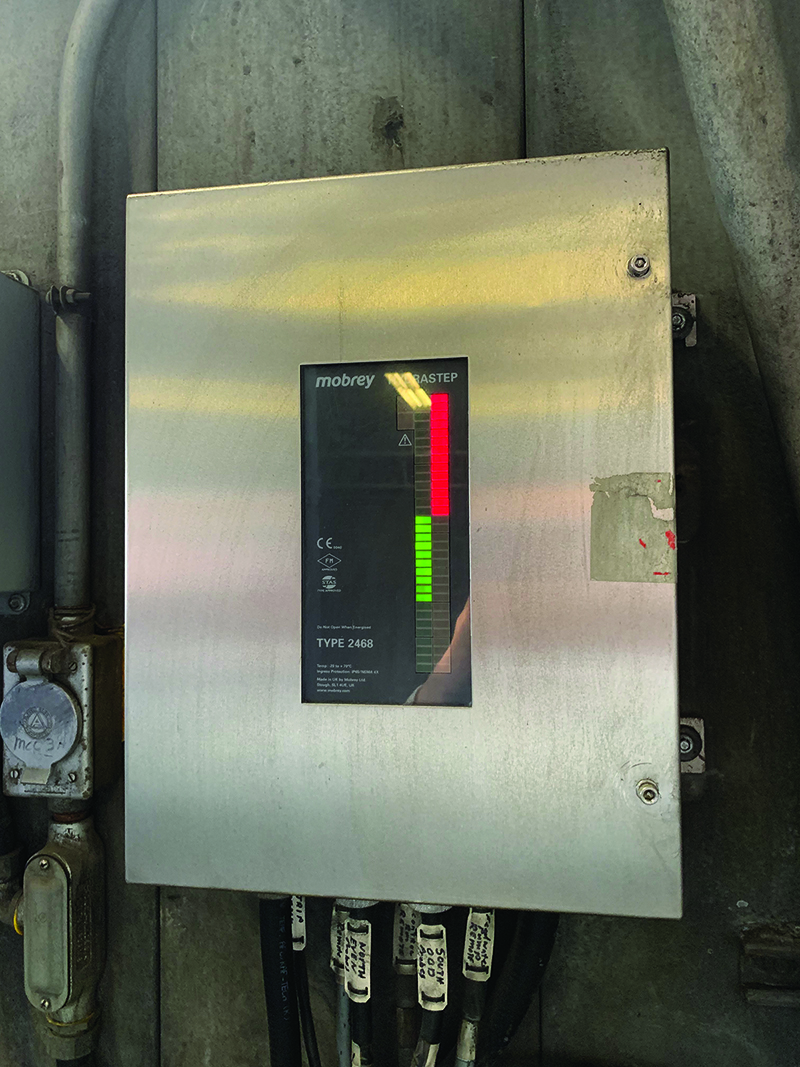 As a customer-led development and extending almost five decades, the Hydrastep steam gauging system was developed in conjunction with the U.K.’s Central Electricity Generating Board (CEGB). The original system was comprised of a vertical water column mounted to the steam drum with a series of probes spaced along the column. These were linked to electronics mounted within a large floor-standing cabinet with a visual display. Following trials, manufacturing commenced in 1972 with the first installations in 1973.

The latest generation Hydrastep 2468 is being used at Michigan State University, which has been generating its own heat and power for many years. The large sprawling campus in East Lansing, which hosts around 45,000 students, covers more than 20 square kilometers, has more than 500 buildings and boasts not only a sports stadium but also the National Superconducting Cyclotron Laboratory (NSCL), which is able to create rare isotopes to help scientists better understand the nature of atoms and the universe.

The cogeneration power plant, named T.B. Simon, sits within the campus and has six gas-burning boilers. Each boiler heats water to very high temperatures and pressures to create high energy steam to drive a turbine. Each turbine then directly drives an electrical generator. When the plant is in full operation, the combined electrical power output is close to 100 megawatts.

What sets cogeneration plants apart from standard power generation is the use of the exhaust steam. In driving the turbine, most of the steam’s thermal energy is converted to kinetic energy. However, the low-pressure exhaust steam still retains some thermal energy. Rather than return this to a cooling tower, the steam is distributed around the campus via underground tunnels to provide heat where it is needed. In the cooler months, the steam can provide space heating in lecture halls and residential dormitories. In the warmer months, the hot steam can be used to provide air cooling throughout the campus by using the principle of an absorption refrigerator. Therefore, there is no need to generate additional heat or cooling throughout the campus, and no further energy is required other than from the campus’s T.B. Simon cogeneration plant. Cogeneration, also referred to as combined heat and power, can provide more than 70% efficiency, thus reducing fuel costs compared to more conventional energy supplies. The reduction in fuel consumption brings a reduction in emissions — an attraction for today’s environmentally conscious students.

The T.B. Simon power plant is typical of many such cogeneration plants used within universities. The boiler consists of gas-fired water tubes leading to the steam drum above. The drum holds both steam and water at approximately 400°F and 900 psi.

From the steam drum, the water from the saturated steam is returned to the boiler. The steam, under great pressure, leaves the drum through steam lines and is heated again before reaching and driving the turbine. The exhaust steam from the turbine has now dropped to only 90 psi, as it has given up pressure when driving the turbine. The steam is then circulated throughout the campus through a system of underground ducts and eventually returned to the boiler.

At the steam drum, the steam and water interface level must be carefully monitored and controlled. If it is too high, water carryover from the drum to the steam lines could destroy the turbine. If it is too low, the boiler below the drum could implode. Either scenario would endanger lives and cause irreparable damage. But, monitoring this interface level presents a number of challenges: steam bubbles at the surface combined with shrink and swell from pressure variations lead to turbulent conditions with a poorly defined interface. Furthermore, the extreme temperatures and pressures mean that many conventional materials and instruments are unsuitable for such an environment. 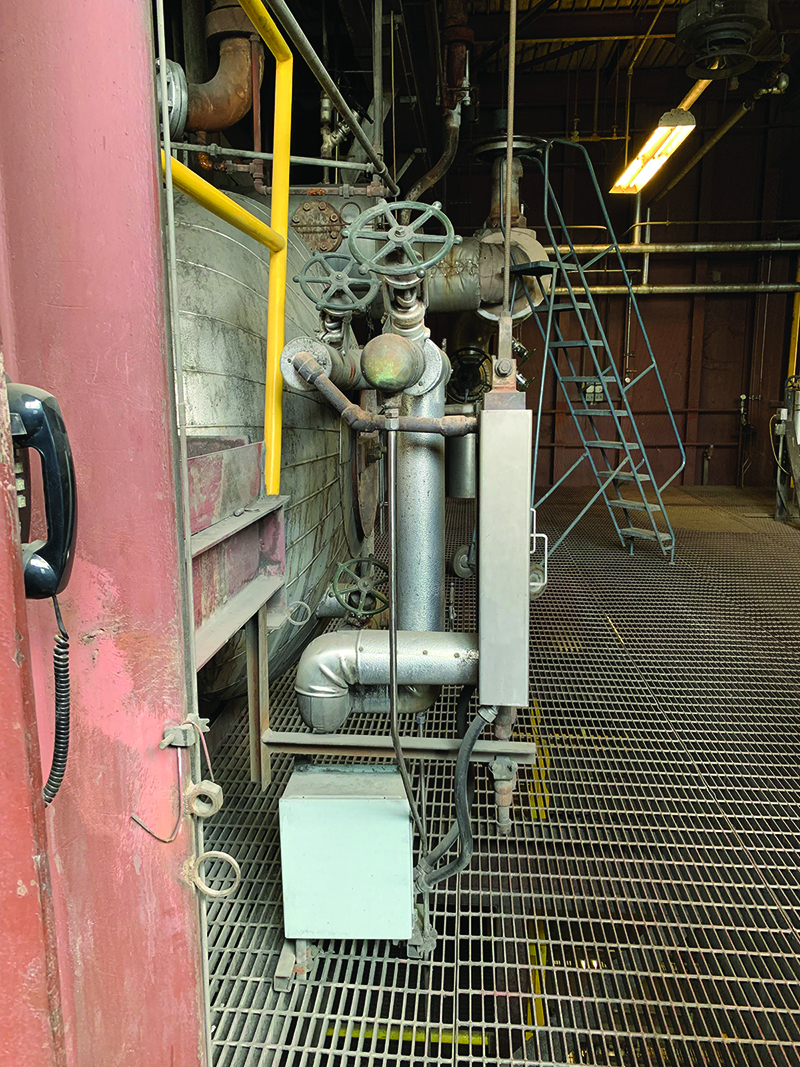 Water column attached to the drum

Water column attached to the drum

The Hydrastep conductivity probe system uses a vertical water column mounted off the drum through steam and water legs. The level in the column replicates the level in the drum, but without the turbulence and with a more clearly defined interface. Conductivity probes (or electrodes) are mounted along the length and either side of the column. These electrodes are comprised of ceramics and exotic metals, brazed using proprietary methods and capable of withstanding years of service in extreme environments.

Each electrode is either in water or steam depending on the interface level. The level measuring principle relies on the clear difference in conductivity between water and steam, as seen by the electrode. Hydrastep interprets the signals from the electrodes and gives a visual indication of the steam drum interface level, using green LEDs to represent water and red LEDs to represent steam. The display can be positioned both at the drum and within the control room. Operators can immediately see a clear indication of steam drum level without searching to find the right parameter on their monitors.

The Hydrastep can also provide switched outputs, which can be assigned to predetermined levels. These can be configured to give low- or high-level alarms at chosen levels and to completely shut down the boiler at the lowest critical level before any severe consequences can occur.

Often a requirement with insurers, the installation of additional safety measures such as Hydrastep ensure compliance with legislation. The ASME Boiler and Pressure Vessel Code (BPVC) is an American Society of Mechanical Engineers standard. Government legislation requires that this code must be followed to ensure safe working practices. Section PG-60.1.1 of the code requires that boilers operating above 400 psi have either two-gauge glasses or a single gauge glass and two remote level indicators. Gauge glasses are prone to misreading, especially when the image is relayed to a control room using either mirrors or CCTV, so the use of electronic remote level indicators is preferred.

Any safety instrumentation must be continually operational to ensure it is there when needed. Hydrastep’s dual redundancy ensures reliability. An independent research by the Factory Mutual Research in 1994 determined that the probability of Hydrastep missing an actual trip situation and not signalling an alarm or shutting down the boiler is 3.2 x 10-9 (1 in 300 million).

Hydrastep helps ensure that T.B. Simon operates safely, while delivering a continued supply of heat and power to the campus.

The unique design and technology behind the Hydrastep system make it suitable for diverse sectors. Compared to other technologies used for steam drum level measurement, such as differential pressure or radar, the Hydrastep display is separate from any monitors and gives an immediate, clear level indication within the control room.

Robin Hudson has supported the Mobrey Hydrastep 2468 for many years and has extensive experience in its application. As part of Delta Mobrey, Hudson continues to advise clients across a broad range of industries in achieving high standards of safety and compliance through reliability and accuracy in steam drum level measurement.

Claudio Borges has extensive experience in industrial automation, strategic alliances and M&A. As a global sales and business development executive, Borges is responsible for supporting the acquisition process of Mobrey and growth of the Delta Mobrey business in the Americas.