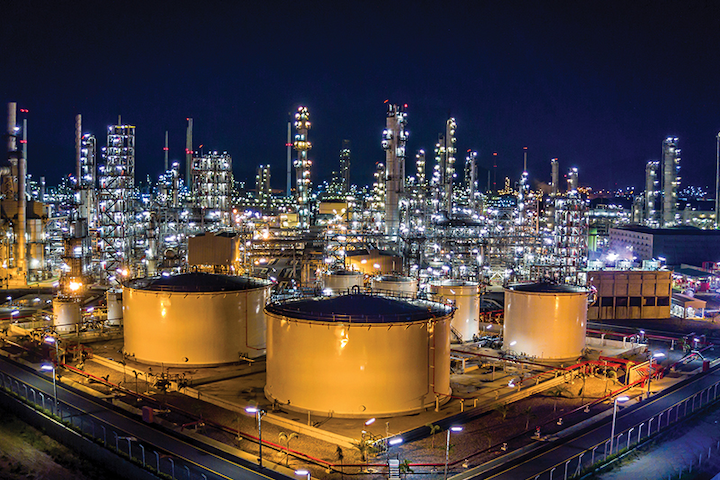 Chemical and petrochemical industries rely heavily on tanks and silos in their operations to store large bulks of fuels and propellants. The flammable and hazardous nature of these materials can cause disastrous environmental and financial impacts in the event of product release. As such, refilling or emptying storage chambers timely and accurately is a necessity for not only operational efficiency, but also safety management. At the same time, companies need to constantly check on the structural integrity of tanks and watch out for illicit activities like tampering and theft.

Traditionally, tank monitoring has been a labor-intensive process with workers traveling throughout tank farms for visual inspection and manual data readings. While requiring significant labor hours, this approach is highly prone to human errors and fails to deliver round-the-clock visibility into current tank levels and conditions.

Implementing a monitoring network with industrial wired solutions is cumbersome and capital intensive. Running cables around complex industrial facilities is inherently dangerous and can lead to costly production shutdowns. On top of that, many tank farms are located in physically challenging and inaccessible areas where power supply is constrained or absent altogether. Even when possible, wired networks limit the number of data points and restrict any changes such as adding new tank connections or moving around existing tanks.

Today, the industrial internet of things (IIoT) is transforming tank operations in multiple ways. Incorporating next-generation sensing and wireless technologies, IIoT remote monitoring networks are flexible, cost effective and easy to deploy and maintain. They can reach out to previously infeasible locations and connect a large number of sensing devices from geographically dispersed storage tanks. By aggregating sensor data on an unprecedented scale and granularity, such an IIoT architecture empowers a holistic tank management approach — from level monitoring and leak detection to integrity check and fuel theft detection.

Ultrasonic or noninvasive capacitive sensors attached to wireless transmitters can measure and communicate liquid level data to the control center located kilometers away from the tank farm. With data on tank capacity, filling rate and required time for a field trip, operators can define the permitted threshold for the liquid level in each tank. Once the fluid amount exceeds or falls below the specified threshold, an alarm is automatically triggered for timely dispatch of trucks to empty or refill the respective silos. For tanks containing feedstocks, real-time level data assists in effective inventory planning to avoid out-of-stock conditions that lead to expensive production halts.

Taking one step further, smart sensors can be installed to check on the structural health of tanks round-the-clock for anticipation and prevention of potential leakages in the long run. Wireless corrosion detectors are instrumental in detecting wear and tear like reduced wall thickness over time due to abrasion. Simultaneously, vibration sensors can diagnose unwanted events such as jolted tanks caused by nearby pickup vehicles, while temperature readings help monitor unusual chemical reactions that may cause structural instability. By leveraging advanced analytic tools, conditions that lead to failures can be identified over time. This allows operators to prioritize maintenance tasks based on the urgent needs of specific assets.

Tanks used to store valuable commodities are highly vulnerable to vandalism and fuel theft. Despite the explosive danger of fuel compounds, thieves are still prompted to use perilous tools like drills and blow torches to extract materials out of the containers. Beyond product loss, the result of such an attempt may be a disastrous fire with irreversible damages. By deploying vibration and motion sensors, operators are instantly informed of any dubious activities on storage tanks, especially at night. To increase the reliability of the automated alert system, these sensors could also work in concert with level readings that signal unusual loss in fluid mass.

An IIoT architecture for holistic tank monitoring starts with effective data capturing and communications at the edge. Tank sensors can either be attached to wireless transmitters or already have built-in connectivity. Newer radio transmitters can additionally interface with legacy systems such as programmable logic controllers (PLCs) to extract various tank-related operational data. Once captured, data from various sources is then wirelessly transmitted to a remote IoT gateway. It is then reformatted and forwarded to the users’ preferred data systems and application platforms using backhaul connections such as Ethernet or wireless local area network (WLAN).

Figure 2. Sensor data is wirelessly transmitted to a remote IoT gateway where it is relayed to the user’s preferred data systems and interfaces.

Figure 2. Sensor data is wirelessly transmitted to a remote IoT gateway where it is relayed to the user’s preferred data systems and interfaces.

Different from the common perception, IIoT data is not necessarily pushed to a third-party managed cloud all the time. The most versatile architecture renders data control and ownership to the end users. They can decide to which repository and management systems the data should be relayed — whether an on-premises central PLC and human machine interface (HMI), a remote control server or a private cloud-based analytic platform.

Due to the inherently difficult and demanding industrial environments, selecting the right last-meter wireless solution is crucial to harnessing the full benefits of such an IIoT architecture. When evaluating different available options, a number of factors need to be considered.

Power efficiency: The often-inconvenient locations of storage silos mean that monitoring sensors are nowhere near a power supply and need to operate on independent batteries. Energy efficiency is, therefore, a prerequisite to avoid the costs and hassle of frequent battery replacement and recharge. In this regard, traditional power-intensive solutions such as cellular, WLAN and other high-bandwidth networks often fail to deliver.

Reliability: There are generally two requirements to ensure the reliability of an industrial wireless network. First, it must incorporate robust mechanisms to resist co-channel interference from other radio systems. Second, it must be able to effectively function in hostile industrial environments with significant glass, metal and steel obstructions alongside asymmetric topography.

For battery-operated or energy-harvesting IIoT sensors, low-power wide area networks (LPWAN) and low-power mesh solutions based on the IEEE 802.15.4 standard arise as two most viable, cost-effective wireless options. LPWAN is a family of technologies designed for long-range, power-optimized transmissions of low-throughput data using the sub-GHz frequency bands. An LPWAN node can transmit messages directly to a remote gateway located kilometers away while sustaining many years of battery life. On the other hand, IEEE 802.15.4 mesh solutions leverage a relaying network design wherein a message hops through multiple devices until it reaches the gateway. The most common mesh technologies including WirelessHART, ISA-100-11a and Zigbee, operate in the 2.4 GHz ISM band.

While both LPWAN and IEEE 802.15.4 offer power, cost and range advantages when measured against legacy industrial communications networks, they are not created equal. First, compared to the common 2.4 GHz radio frequency in mesh solutions, the sub-GHz radio waves of LPWAN experience less attenuation, bend farther around obstacles and better penetrate through walls. As a result, LPWAN offers more reliable connections in structurally dense environments. The 2.4 GHz airway is also more congested due to significant electromagnetic noise from existing industrial machines and networks.

Second, the one-hop star topology in LPWAN consumes less energy than the mesh topology. Since nodes do not need to constantly stay awake to relay messages, they can fall into sleep mode much longer to minimize power usage. Finally, due to the short physical range of IEEE 802.15.4 protocols, users must ensure there is an equal distribution of nodes in close proximity with one another. As such, configuring and optimizing mesh networks over a large area can be a great challenge.

All things considered, LPWAN is a better option for latency-tolerant industrial remote monitoring use cases like tank management. For proven network quality, scalability and long-term interoperability with other components in the IoT ecosystem, companies should consider LPWAN technology that employs a software-driven approach and is built on rigorous industry standards.

For safety and efficiency optimization, a holistic tank monitoring approach extends far beyond level monitoring to encompass leak detection, structural health management and tampering detection. This approach calls for a flexible and cost-effective architecture to scale with granular, battery-operated data points over vast areas. As industrial wired networks and conventional wireless options may fail to deliver, next-generation IIoT connectivity like LPWAN emerges as the backbone infrastructure to effectively communicate data at the challenging last mile. 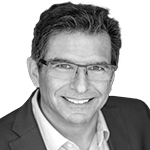 Albert Behr is founder and CEO of BehrTech, worldwide licensee of MIOTY, the new commercial standard in LPWAN technology for industrial IoT. With 30 years of professional experience, Behr has led the commercialization, financing and operational execution of some of the world’s most famous technology companies.