The following is Part 2 in a series on recent developments in flowmeter technology and applications based on the results of Flow Research’s new Volume X: The World Market for Flowmeters, 4th Edition. 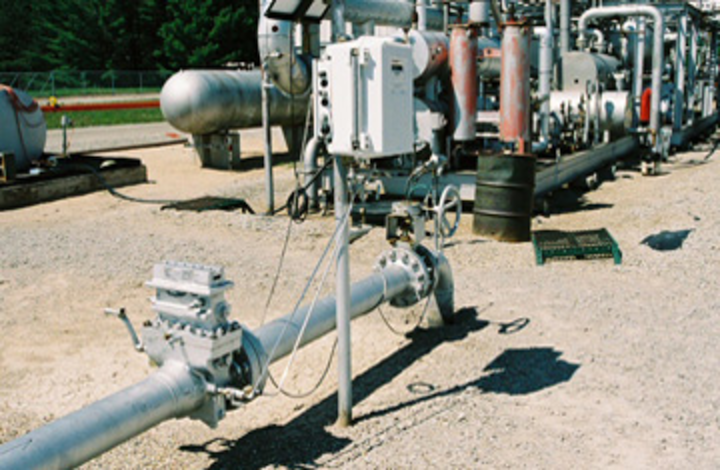 The following is Part 2 in a series on recent developments in flowmeter technology and applications based on the results of Flow Research’s new Volume X: The World Market for Flowmeters, 4th Edition. While Part 1 (May 2013) focused on new-technology flowmeter types, here we will consider important trends, applications, and recent developments in more traditional types of flow measurement.

While there are many types of primary elements, orifice plates are the most common. Orifice plates consist of a usually round, usually metal (typically steel) plate with a hole or “orifice” in it. The purpose of the hole in the plate is to force fluid in a pipe to pass through it, thereby creating a pressure drop downstream of the plate. There are many types or orifice plates with different-shaped openings positioned at different locations on the plate. Some of the more common types include concentric, eccentric, and segmental.

Experiments with DP transmitters using orifice plates to measure gas flow took place in the late 1920s, culminating with the publication of AGA-1 in 1930.  This was a report by the American Gas Association (AGA) that constituted the first “industry standard” for orifice plate meters. Further testing resulted in the publication of AGA-2 in 1935 and AGA-3 in 1955. These reports gave orifice plate meters a dramatic lead in installed base among flowmeters for custody-transfer applications. It wasn’t until 1981 that the AGA published a similar report for turbine meters, called AGA-7. In 1998, the AGA published AGA-9, a report on the use of ultrasonic flowmeters for custody transfer of natural gas.

Positive Displacement
The history of positive-displacement (PD) flowmeters goes back to 1815, when Samuel Clegg invented the first PD gas meter. This first meter was a water sealed rotating drum meter. In 1843, Thomas Glover invented the first “dry” PD meter. Glover’s meter contained a sliding valve and two diaphragms. Today’s diaphragm meters are similar in design, but are made of cast aluminum with synthetic rubber-on-cloth diaphragms. Bopp & Reuther of Germany holds the first patent on oval gear meters, which it obtained in 1932.

Turbine
The first turbine flowmeter was invented by Reinhard Woltman in 1790. This makes turbine the earliest meter invented among the flowmeters used in the modern era. Turbine meters precede DP flowmeters by at least 100 years. Despite their early invention, it wasn’t until after World War II that they began making an impact on industrial markets. During World War II, they were used to measure fuel consumption on military aircraft. Soon after this period, they began to be used in the petroleum industry to measure the flow of hydrocarbons.

Turbine meters compete with ultrasonic and DP flowmeters for measuring custody transfer of natural gas. They are widely used for custody transfer of natural gas in large natural gas pipelines. Turbine meters remain a viable choice for measuring steady, medium- to high-speed flows. They are more complementary than competing with positive-displacement meters, since they do best in larger line sizes (above 10 inches). The drawbacks for turbine meters are that they have moving parts (mainly the rotors) and they cause pressure drop.

Use of Weirs and Flumes: A very common method of open-channel flow involves the use of a hydraulic structure such as a weir or flume. These hydraulic structures are called primary devices. A primary device is a restriction placed in an open channel that has a known depth-to-flow relationship. Once a weir or flume is installed, a measurement of the depth of the water is used to calculate flowrate. Charts are available that correlate various water depths with flowrates, taking into account different types and sizes of weirs and flumes.

Area Velocity: Flow can be measured without a hydraulic structure, such as a weir or flume. In the area velocity method, the mean velocity of the flow is calculated at a cross-section, and this value is multiplied by the flow area.  Normally, this method requires that two measurements be made—one to determine mean velocity and another measurement to determine depth of flow. Flow rate Q is determined according to the continuity equation:

The area velocity method is used when it is not practical to use a weir or flume, as well as for temporary flow measurements. Examples include influx and infiltration studies and sewer flow monitoring.

Variable Area
Most variable-area (VA) flowmeters consist of a tapered tube that contains a float. The upward force of the fluid is counterbalanced by the force of gravity.  The point at which the float stays constant indicates the volumetric flowrate, which can often be read on a scale on the meter tube. VA meter tubes are made of metal, glass and plastic. Metal tubes are the most expensive type, while the plastic tubes are lower in cost. Metal tubes are used for high-pressure applications.

While most VA meters can be read manually, some also contain transmitters that generate an output signal that can be sent to a controller or recorder. While VA meters should not be selected when high accuracy is a requirement, they do very well when a visual indication of flow is sufficient. They are very effective at measuring low flowrates, and can also serve as flow/no-flow indicators. VA meters do not require electric power and can safely be used in flammable environments.
One important development for variable area flowmeters is the development of meters with a transmitter output. The HART protocol is available on some meters. This turns the VA meter into more than a visual indicator, and makes it possible to do control and recording. A class of VA meters called purgemeters have been developed to handle a variety of low-flow applications. Other areas of research include float design and materials of tube construction, especially metal.

Jesse Yoder, Ph.D., is president of Flow Research Inc. in Wakefield, Mass., a company he founded in 1998. He has 25 years of experience as an analyst and writer in process control. Dr. Yoder specializes in flowmeters and other field devices, including pressure and temperature products. Dr. Yoder can be reached at jesse@flowresearch.com.