Applications for flow measurement are becoming more demanding with complex and multifaceted requirements. 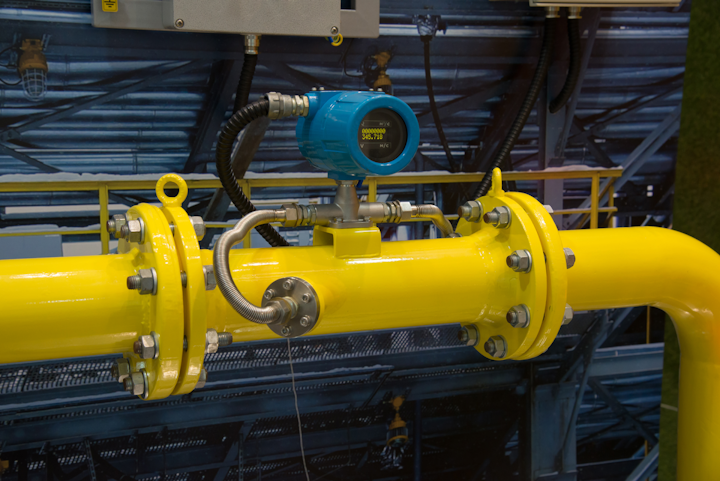 Multiple forces are at work in today’s flowmeter market. Applications are becoming more demanding with complex and multifaceted requirements, such as a certain line size, a particular lining, a specific communication protocol, several approvals and specific accuracy levels, among others.

In the oil and gas industry, hydraulic fracturing has made it possible to retrieve oil from wells that were thought to be no longer viable. This technology has enabled the U.S. to dramatically increase its oil production. Subsea drilling has become more challenging as oil is discovered in more remote and deeper parts of the ocean. Although progress has been made on multiphase metering, its full promise has yet to be realized. The same holds true for watercut meters. Hydraulic fracturing is starting to be used in countries outside the U.S. as well.

Gas flow measurement has its own set of requirements. Gas flow is typically measured as mass flow rather than as volumetric flow. Mass flow can be measured directly with a Coriolis or thermal flowmeter or indirectly with a multivariable flowmeter that measures fluid volume, pressure and temperature and calculates the mass flow using those variables. Of these choices, Coriolis provides the most accurate measurement. However, multivariable vortex and differential pressure (DP) flowmeters are a fast-growing niche within the flowmeter market.

Low flow applications require special attention. Vortex flowmeters have a challenge here because the fluid being measured must be moving fast enough to generate vortices. Low flow rates are likely to be encountered in the pharmaceutical and chemical industries, among others. Some flowmeters like Coriolis and positive displacement handle low flow rates extremely well, and companies design flowmeters specifically for low flow applications.

Above is a short list of applications that are of concern to flowmeter manufacturers and end users alike, but there are many more. These include linings for magnetic flowmeters, hazardous and sanitary approvals, materials of construction, redundancy, reliability, warranties and quality of service, line sizes and many other features that distinguish one flowmeter from another. What is common to this list is that application requirements are becoming more numerous and, in some cases, more difficult to achieve. Companies may need a certain line size, a particular lining, a specific communication protocol, several approvals and a particular accuracy, along with other requirements. While some of these conditions may be optional or “flexible,” this is not always the case, and they may all be mandatory. These growing requirements are placing additional demands on suppliers to meet customer needs in a range of applications.

One impact on suppliers is that larger companies can produce flowmeters that satisfy multiple needs, while smaller companies may not be able to afford to allocate their resources to gaining certain requirements, such as hazardous or sanitary approvals. Reaching certain accuracy levels can also take significant investments of time, material and testing. Companies that want to market their products worldwide may have to gain regional approvals to do so. Selling into some countries such as China has its own set of difficulties. Normally, this requires partnering with another company to form a joint venture.

VorTek Instruments VorCone flowmeter. (Note: Drawing is for illustrative purposes only and is not representative of a correct installation orientation.)Courtesy of Vortek InstrumentsSmaller companies that want to achieve worldwide distribution may need to partner with a larger company that already has worldwide distribution channels established. It can be difficult for a small or unknown company to penetrate the market in another geographic region. Some of the barriers to doing this include obtaining required approvals, delivery time, providing sales literature in another language, and name recognition. If smaller companies can develop a unique product that meets the needs of a flowmeter niche, they have a better chance of selling outside their own regions.

For example, VorTek has developed the VorCone Flowmeter, which combines the principles of a differential pressure cone meter with that of a vortex meter. The two technologies coexist in a hybrid meter where the two meters complement each other's performance. One advantage is that the VorCone can calculate the density of changing gas mixtures. The hybrid system can also calculate the fluid density, volumetric flow rate and mass flow rate without requiring the input of density from an outside source. This gives the VorCone some advantages both in measuring saturated steam and in wet natural gas service.

Escalating application requirements favor the larger suppliers, because they are able to make the investments required to offer the feature-rich products the markets are asking for. For example, Emerson Automation Solutions, Endress+Hauser, Yokogawa, KROHNE, ABB, and Siemens spend millions of dollars on research and development. This results in products with enhanced features. They can compete all over the world because they invest their resources into getting the necessary approvals. They can also compete in multiple industries that require hazardous, sanitary and other approvals. These companies also invest in developing sales channels in multiple regions worldwide.

This does not mean that smaller companies cannot compete, but it may mean that they need to be more strategic. Some central European companies have used their geographic location to develop strong distribution channels into the Middle East and Russia. Companies in Russia have an obvious advantage in selling into Russia, which can be difficult for outside companies. Even though the magnetic flowmeter market is dominated by six major suppliers, there are many smaller companies in Europe that specialize in selling into the European market. Some specialize in applications such as batching and blending or selling into industries such as food or water and wastewater. Smaller companies can also compete on service and delivery. In some cases, simply visiting a prospective customer site and establishing a relationship with the people there can be the key to getting orders.

Some smaller companies driven to acquisitions

Despite all the ways in which smaller companies can compete, some may find it to their advantage to partner with another company or to be acquired. The recent acquisition of Onicon and Sierra Instruments is such an example. Even before being acquired by TASI, Onicon had put together a group of smaller flowmeter companies. These include Fox Thermal, Greyline, Air Monitor, and Seametrics. Prior to these acquisitions, Onicon already offered turbine and magnetic flowmeters. Adding Sierra to the mix puts TASI in the mass flow controller, thermal and vortex flowmeter markets. TASI also offers Tricor Coriolis flowmeters, which are manufactured by Kem Kueppers of Karlsfeld, Germany, a TASI company. This acquisition makes them a player in some significant new markets.

Schlumberger has chosen a slightly different course by partnering with Rockwell Automation to form Sensia. Sensia offers measurement solutions to the oil and gas markets, although it is likely they will reach into other industries as well. While Schlumberger had previously acquired Cameron, partnering with Rockwell is a different business model that offers significant advantages for both companies. This partnership was originally announced in February 2019, but it closed on October 2, 2019.

Another company to look at is General Electric (GE). In 2002, GE acquired Panametrics, a leading ultrasonic flowmeter supplier. Through research and development, new product introductions and a worldwide distribution network, GE has been able to maintain its leadership in the ultrasonic market with its ultrasonic product line, which it is now marketing under the original Panametrics brand name.

GE also acquired Dresser, a leading supplier of positive displacement flowmeters for gas applications, in 2011. Dresser also makes valves, actuators, switches, regulators, piping products and other products centered on gas handling and delivery. However, in July 2017, GE merged with Baker Hughes to form Baker Hughes, a GE company. Then in 2018, Baker Hughes sold its natural gas solutions business to a private equity firm. The core of this business was the 2011 acquisition of Dresser.

The dynamics of the market today make future acquisitions more likely. Companies such as Berwind, Danaher, and others are in a position to continue to add to their portfolios. And, many times, acquisitions are a win-win scenario for both companies. The smaller company gets an infusion of cash and may be in a better position to further develop its products. The larger company broadens its product line and acquires new distribution channels. It also helps that the U.S. economy is strong, giving certain companies additional leverage. This acquisitions scenario is likely to continue to play out over the next several years.

Jesse Yoder, Ph.D., is president of Flow Research Inc. He has 30 years of experience as an analyst and writer in instrumentation. Yoder holds two U.S. patents on a dual-tube meter design and is the author of The Tao of Measurement, published by ISA. He may be reached at jesse@flowresearch.com.