Often, an initial analysis of a given downward flowing piping geometry would indicate that the pipe remains full of liquid. However, measurement errors of 10% to 50% during operation can paint another picture. 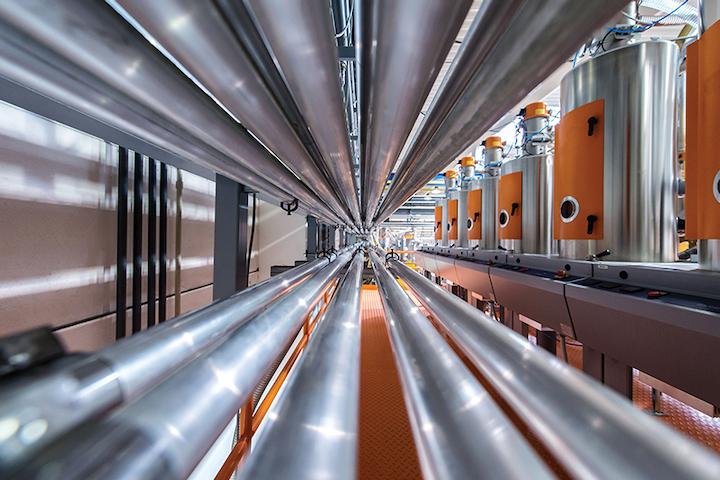 One of the most insidious problems encountered with flowing downward is maintaining the pipe full of liquid. Often, an initial analysis of a given downward flowing piping geometry would indicate that the pipe remains full of liquid. However, measurement errors on the order of 10% to 50% during operation can quickly paint another picture.

Consider an installation where a liquid was pumped from a tank on the first floor to a drum located at grade. The piping was routed upward to the first-floor ceiling before running horizontally to where it dropped to a manual filling valve located above the drum. A flowmeter was installed above the manual valve so the flowmeter should have been completely full of liquid. Flow measurement errors of 10% to 50% — as compared to a weigh scale — prompted an investigation that concluded that the flowmeter was not full of liquid, even though it was installed in a pumped system upstream of a throttling valve.

David W. Spitzer is a principal at Spitzer and Boyes, LLC, which offers engineering, focused market research, writing/editing white papers, strategic marketing consulting, distribution consulting, seminars and expert witness services for manufacturing and automation companies. Spitzer has written more than 400 technical articles and 10 books about flow measurement, instrumentation and process control. He can be reached at 845-623-1830 or via spitzerandboyes.com.