In this case study, a Belgium brewery installs the world’s first underground beer pipeline with top priority on quality and innovative measurement solutions. 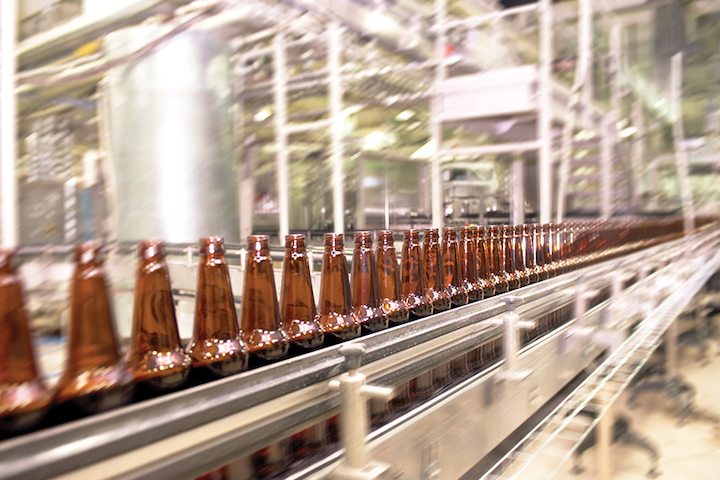 A recent project in Belgium presented a unique flow problem. A well-known and loved brewery, located in the center of historic Bruges for six generations, purchased a nearby bottling facility outside of town to meet increased production demands from soaring beer sales. However, they did not want to move the brewing facilities, nor did they want to transport beer in tankers through the busy town center, which would add to the traffic load on the old streets, as well as the expenses of either renting or owning the tankers, maintaining them and paying drivers. In addition, closing the iconic location would have meant not offering brewery tours or allowing tourists to visit the on-site brew pub.

An innovative solution, in the form of the world’s first beer pipeline, was devised, but it required special equipment to make it work and keep the quality of the beer consistent. By installing underground piping that transported the beer from the brewery to the bottling plant 3.2 kilometers away, the transportation issue was solved. The challenge was making sure the beer that left the brewery was the same beer received at the bottling facility. Working closely with the city and the public for crowdfunding a solution, the brewery set a new benchmark for production in the world of beer brewing.

The biggest investment was the construction of the beer pipeline that runs under the city and underground along the highway. Additionally, the selection of a meter to accurately measure flow, volume and temperature, while monitoring for periods of aeration that is common in the process of beer transportation and movement, was critical.

While seemingly straightforward, there are a number of options to consider when selecting meters for this type of project. Most breweries use magnetic flowmeters because a mag meter is ideal for general flow measurement at a brewery; however, there were other variables, as previously mentioned, along with multiphase flow. In addition to the beer flowing under the streets, water and cleaning solution used to periodically clean the pipes had to be measured, which led the brewery to select a Coriolis meter as the preferred technology.

The brewery was willing to purchase a top-of-the-line meter that could meet high quality standards and ensure success of the project.

With decades of proven accuracy and reliability, the Coriolis meter was the best long-term choice for this application, because there was more to consider than just transferring beer from point A to point B. The beer and the cleaning tank valves are controlled based on measurements. The entire automated process can be monitored from a control screen, keeping track of the speed of all the fluids, which must be at least 3 meters/second to keep the pipeline thoroughly clean — a key parameter.

To ensure that the meters continue to operate at peak performance after many transfers of beer and to maintain the same level of precision as first installed, it was important to select a meter with built-in self-calibrating diagnostics. In this case, an onboard diagnostic tool — or meter verification tool — alerts the plant manager to changes in the process and in meter performance before the quality of the beer is affected.

The low mass of CO2 gas in the beer has little impact on measurement; however, adding Advanced Phase Measurement software to the transmitter means that if, for any reason, the CO2 changes along the way, it will be noted and can be corrected.

Advanced phase measurement adapts to the operating processes. It can both identify and quantify excess gas and allow accurate measurement continuously without the threat of process upsets. Advanced phase measurement gives clear insight into what is happening in the lines at any time, which reduces the need for time-consuming manual sampling and minimizes discrepancies in the transferred product or clean-in-place fluids.

The software adds an extra layer of security to the process, which in this example, is even more important because of the distance the beer travels in the pipeline. Access to the beer while it is being transferred underground is nearly impossible.

For breweries, it is important to accurately measure degrees Plato. The Plato scale expresses the density of a solution as the percentage of sucrose by weight. This means that 8 degrees Plato has the same density as a water-sucrose solution containing 8% sucrose. Sucrose, or sugar, is what feeds fermentation and alcohol content. Not all substances can ferment or require the same amount of sugar to ferment. A brewer should know the specific gravity prefermentation of a beer, as well as the final specific gravity of the beer post-fermentation, because the calculations from that determine the alcohol content of the beer.

If the label says 8% alcohol, then the brewer needs to ensure that every batch and every beer bottled has 8% alcohol.

Aside from degrees Plato, several factors affect successful fermentation and need to be measured and monitored closely. These are temperature and nutrient density in the yeast added to the wort — the unfermented beer — and pH factor.

To ensure the brewery in Bruges could consistently maintain the Plato number or alcohol levels even after sending the beer through the pipeline, the right equipment and software was vital.

A complete solution for beer pipeline

The success of the pipeline installation and operation was due to carefully engineering the project, taking into account all parameters and possible contingencies, and selecting the right equipment. The brewery focused on innovative and high-quality solutions with top priority placed on maintaining standards of beer quality and correctly measuring the beer arriving at the bottling plant to meet excise declaration requirements.

With many local stakeholders from the city of Bruges, the brewer was determined to set a new standard of excellence for beer transfer, while preserving the old city center for residents and tourists and ensuring that customers continue to enjoy high-quality Belgian beer.

The project has generated considerable global interest in the world’s first beer pipeline. With its ongoing success, it is setting a high standard for other breweries to follow.

Christian Grossenbacher is vice president of food and beverage, life sciences at Emerson Automation Solutions. With more than 20 years in the industry, Grossenbacher is an experienced leader with successful implementations of industrial automation technologies for a diverse set of industries. Beginning his career at Emerson in 2002, Grossenbacher has held responsibilities in strategic planning of global programs, marketing and communications management.