A digest of June 2015 business news & notes from around the fluid handling industry. 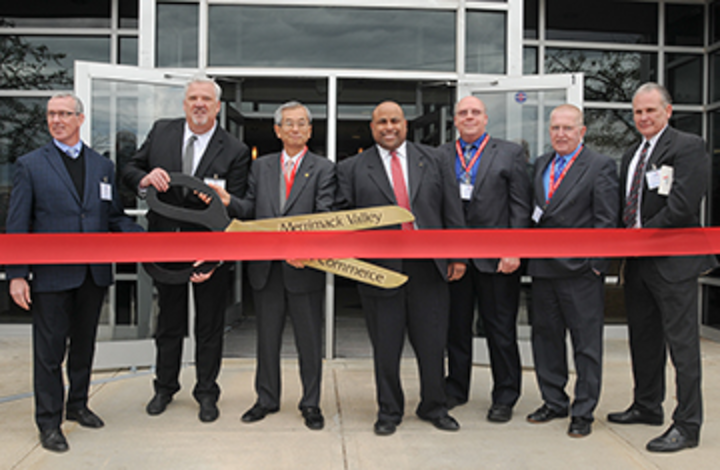 Brian McClure has been named as Winters Instruments’ Executive Vice President, U.S. & Mexico. Winters Instruments is a global manufacturer of pressure and temperature instrumentation. Based in Houston, McClure will be responsible for sales and operations in the U.S. and Mexico. He comes to Winters with expertise in both Instrumentation and the Oil and Gas Sector including more than 16 years of experience in various senior sales management positions at Emerson Process Management.

The Society of Petroleum Engineers (SPE) has selected Janeen Judah, General Manager for Chevron’s Southern Africa Business Unit, as 2017 president of the international professional society. Judah, who is based in Houston, Texas, will take office as president-elect on Sept. 30 2015, at the close of SPE’s Annual Technical Conference and Exhibition in Houston, Texas. Judah currently serves on the SPE Board of Directors as Vice President of Finance. She has held many SPE leadership positions, including chairing both the Gulf Coast and Permian Basin sections and serving on the Board 2003-2006 as Director for the Gulf Coast North America Region. She was named a Distinguished Member of SPE in 2003 and received the Distinguished Service award in 2010.

David C. Carroll, Gas Technology Institute (GTI) President and CEO, assumed the additional role of President of the International Gas Union (IGU)  for a three-year term at the closing ceremony of the World Gas Conference (WGC) in Paris in June. The American Gas Association (AGA) is the U.S. charter member of IGU and will also play a key role in leading the 2015-2018 triennium. Dave McCurdy, President and CEO of AGA, is serving as the Chairman of the WGC 2018 National Organizing Committee. Mel Ydreos, Executive Director of EnergyVantage, is serving as Chairman of the IGU Coordination Committee, and Jay Copan is serving as Executive Director of WGC2018 and Special Advisor to the President. Carroll joined GTI in 2001 as Vice President of Business Development and assumed his current position as President and CEO in 2006. He oversees the company’s operations and directs its programs for developing technologies, products, and services for customers in the natural gas and related industries. Carroll became the Vice President of the IGU in 2012 and chaired the Steering Committee of the 17th International Conference and Exhibition on Liquefied Natural Gas (LNG 17) in Houston in 2013. He is a member of the Society of Gas Lighting and serves on the board of National Fuel Gas Company.

Deposition Sciences Inc. (DSI) has appointed John Fairbank to the position of Engineering Manager. Fairbank has 28 years of experience in the thin film optical coating industry with core skills in technical project management, proposals and contracts. He joined DSI in 2008 managing programs and technical projects in both the Commercial and the Government Products Groups.

MRS also named Elizabeth Kupp, The Pennsylvania State University (Penn State), as its new chair of the Public Outreach Committee (POC), effective July 1, 2015. Kupp, chair of the Education Symposium Planning Subcommittee since its inception in 2012, will be a major contributor to the overall direction of MRS public outreach activities and programs. She has been an active member of the POC and succeeds Aditi Risbud of the Gordon and Betty Moore Foundation, who provided five years of service and leadership to MRS and its materials science education and public outreach efforts.

Gene Koontz of Harrisburg, Pennsylvania, accepted the American Water Works Association’s ceremonial gavel and began his one-year term as president during AWWA’s four-day Annual Conference & Exposition (ACE15) in Anaheim, California. A specialist in water quality and treatment, Koontz oversees the national water market for Gannett Fleming, a global infrastructure firm that provides planning, design, technology and construction management services for a diverse range of markets and disciplines. Koontz, an AWWA member since 1982, told attendees he will build on several new AWWA initiatives, including the establishment of an office in India, the launch of the Community Engineering Corps, the introduction of the Water Equation Campaign and the expansion of AWWA’s Total Water Solutions offerings. He said will also concentrate on engaging students and young professionals to assure a healthy future for the water profession.

Inchcape Shipping Services (ISS), a marine, cargo and supply chain solutions provider, has announced the appointment of Amanda Çetin as Head of Corporate Communications. Based at ISS’ head office in the UK and reporting to Group CEO, Claus Hyldager, Çetin will be responsible for the development and management of strategic communications processes, for building effective relationships between ISS and its stakeholders and enhancing the ISS brand in line with the company’s global mission, vision and values. Working predominantly in the maritime sector, Çetin has over 15 years’ experience in marketing and PR.

Curtiss-Wright Corporation announced June 1 that it has sold substantially all of the assets and liabilities of its downstream oil and gas businesses, including the DeltaValve, TapcoEnpro International (TEI) and Groquip business units, to affiliates of Sun Capital Partners Group. This transaction represents another critical milestone in our long-term strategy to improve operating margins, increase cash flow, and position Curtiss-Wright for sustained growth,” said David C. Adams, Chairman and CEO of Curtiss-Wright Corporation, in a press release. “Similar to the sale of our upstream oil and gas business, we did not possess sufficient critical mass to achieve leading positions across the downstream oil and gas markets served by these assets. The divestiture of these non-core operations will enable us to further focus on becoming a top-quartile performer in our peer group.”

Emerson announced June 1 it has acquired Energy Solutions International Holdings Inc. (ESI), a global supplier of decision support software and services for oil and gas pipeline, storage, marketing and distribution functions. The terms of the acquisition were not disclosed.

The acquisition of ESI expands Emerson’s capability to provide complete solutions for automation and operations management throughout the oil and gas transportation industry, the announcement said. ESI’s integrated suite of operational management applications for pipeline modeling, leak detection, and scheduling together with their commercial applications for transactional accounting and inventory management are recognized for improving both operational efficiency and financial profitability.

STWA, a developer of integrated technology solutions for the energy industry, announced that it has entered into an exclusive agreement with Norront AS (NAS) whereby NAS will have sole distribution rights for the STWA’s Applied Oil Technology (AOT) to energy infrastructure in Norway. NAS’ exclusive distribution agreement for the Norwegian energy industry provides STWA with comprehensive access to a target market in which its technologies have never before been deployed. NAS is currently engaged in discussions with various midstream entities operating in Norway, and is specifically targeting a new, major pipeline for AOT deployment. STWA and NAS also plan to combine the expertise of their respective engineering teams to modify AOT for subsea implementation.  This would be the first time that STWA’s technology would be engineered for subsea use, representing an opportunity to penetrate a major segment of the global energy industry.

Asahi/America, Inc., www.asahi-america.com a provider of thermoplastic fluid flow solutions, officially opened its new headquarters in Lawrence, Massachusetts, April 23 with a ribbon-cutting ceremony and open house. Guests from across the U.S. and around the world gathered for the celebration. The renovated 200,000 square-foot facility includes corporate offices, warehousing, valve and actuation assembly shops, fabrication, skid assembly, powder-coating, a clean room, and machine shop. The purchase of the Lawrence facility was finalized in March 2014, and demolition and construction began in the spring. Office staff moved from Malden to Lawrence in mid-September of the same year. The movement of stock, machinery, equipment and the remaining staff was completed between November and December 2014.

SelfLube, www.selflube.com a U.S. manufacturer of precision mold and die components, broke ground for a major expansion of its manufacturing operations in Coopersville, Michigan. The expansion includes an additional 13,000 square feet to its manufacturing facility. When complete this fall new machines will be installed and additional staff will be trained and hired. The company expects the move-in to be late September, just in time for its 25th anniversary.

The U.S. Environmental Protection Agency (EPA) recognized three facilities with the Energy Star Combined Heat and Power (CHP) Award for superior performance of their CHP systems. High-efficiency CHPtechnology reduces emissions of carbon dioxide and other air pollutants.  CHP captures the heat produced when electricity is generated and utilizes that heat—which would otherwise be wasted—to efficiently provide space heating, cooling, hot water, and steam for commercial, institutional and industrial use. The CHP Awards were presented to the following facilities at the International District Energy Association’s 106thAnnual Conference and Trade Show in Boston, Massachusetts