System Integrators Position to Take on Tech Challenges of the Future

Last month, I spent a couple of days at the Control System Integrators Association’s Executive Conference in Washington D.C. During my time at the event, it was clear the system integrator community is a growing and dynamic group, eager to take on the challenges end-users face in filling the technical skills gap left as experienced engineers continue to retire at record rates 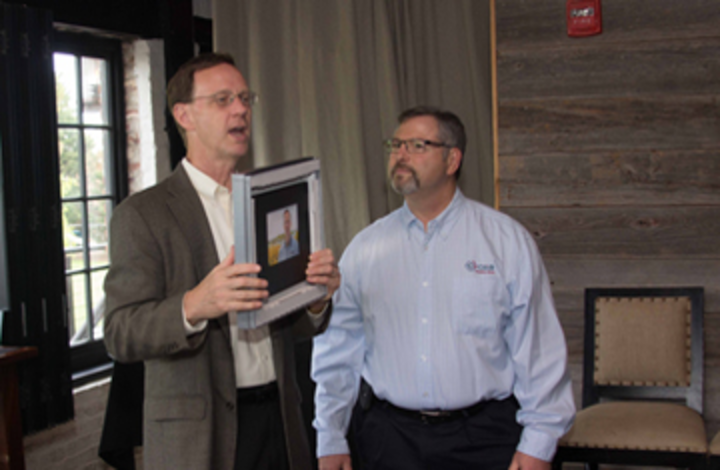 Bob Lowe retired as Executive Director of CSIA after serving as the association's leader since 2009.

Last month, I spent a couple of days at the Control System Integrators Association’s Executive Conference in Washington D.C. During my time at the event, it was clear the system integrator community is a growing and dynamic group, eager to take on the challenges end-users face in filling the technical skills gap left as experienced engineers continue to retire at record rates and industrial facilities increasingly turn to third-party service providers for automation and systems design expertise.

According to CSIA, its total membership has grown to nearly 500 companies worldwide, with more than 80 new members joining the association in 2014 alone and 100-plus members outside the United States. All told, the conference hosted 493 registered attendees — the third highest total ever — and a record-high 64 exhibitors. The mood at the conference was, from my perspective, markedly optimistic about the opportunity to serve what figures to be a growing customer base in the years to come as the technical skills shortfall in the U.S. persists in the near-term.

The CSIA also used its annual conference as an opportunity to bid farewell to Executive Director, Bob Lowe, who served as the association's leader since 2009 before retiring on June 1. In 1991,  Lowe co-founded Loman Control Systems Inc., a control systems integration company, where he was president and managed the technical staff. While with Loman, a founding member of CSIA, he served on the CSIA Best Practices and Benchmarks committee for eight years and was instrumental in designing the CSIA Certification audit. In addition, he authored sections of the Best Practices Manual when it was rewritten, and also authored articles on audit preparation. After 18 years managing his company, he was looking for a change and became the new CSIA executive director in May 2009.

As of June 1, Jose Rivera is the new leader of CSIA. Rivera brings decades of global experience in the automation industry to the role, having worked in six countries, primarily in regional or global postions. During his tenure as senior vice president of strategy and communications, industry business at Schneider Electric in France, Rivera realigned the automation business along the company’s energy efficiency direction. He developed and executed the strategy to penetrate the process automation market. Prior to Schneider Electric, Rivera had an 11-year career at Emerson Electric in the United States, United Kingdom, Germany and Puerto Rico, involving product line, general and regional sales management for the process automation market. He started his career as a sales engineer with Siemens in Costa Rica with later assignments in Germany. Rivera holds an MBA from the Kellogg School of Management at Northwestern University in Evanston, Illinois and Lic (MS) and bachelor's degrees in electrical engineering from the University of Costa Rica.

Presentations at the CSIA conference revolved around industry trends and business best practices. A few highlights from the CSIA breakout sessions included:

How System Integrators Can Serve the Automation Marketplace

Craig Resnick, vice president of ARC Advisory Group presented results of a recent ARC survey designed to highlight trends and end-user needs in the area of process automation. The survey profiled end-user companies in a wide range of industries, with a heavy focus on the U.S. and the engineering job function. Highlighted trends included:

The Value of What Control System Integrators Do

Peter G. Martin, Ph.D., vice president & Edison Master for Schneider Electric, led a discussion on the role and challenges of providing value in the modern age. During his presentation, Martin made interesting points about how the relationship between technology and value has changed over the years. In what he called the "Pre-Technology Era,"  Martin said technology played the role of enabler. However, as technology has become more commonplace, end-users face the challege of technology overload where technology is "looking for a solution" rather than serving as an enabler. As a result, he said many modern technology projects are merely efforts to replace old technology with new technology and add no value. To combat this dynamic, Martin said end-users must be careful to focus on value rather than technology, with the aim of employing automation only in areas where it can drive clearly discernable value for the organization as a whole. "Consider the real value we provide," said Martin. "It's time we solved world hunger."

Tony Valasek, Ph.D., engineering manager for PREMIER System Integrators, presented a session titled "Feedback: A Healthy Diet," which provided some valuable insight on building feedback into an organizational culture. I found it pleasing to hear the old 5-to-1 rule is based on some real statistical analysis. According to  Valasek, research show that high-performance teams have an average positivity to negativity feedback ratio of 5.614, while low-performance teams had a ratio of 0.363. Further, he cited a study that showed a 5-to-1 ratio (positive to negative) was needed for a healthy marriage and was able to predict divorce rates with 94 percent accuracy. At the same time, Valasek pointed out there is a point of diminishing return for positive feedback, with studies showing an upper limit on the positive-to-negative ratio of 11.6, with the effectiveness of positive feedback being negated above this ratio threshold.

As part of his farewell, Bob Lowe led an uplifting presentation titled "What They Don't Teach You In College," which brought several CSIA leaders to the podium to share "lessons in life" from their experience in business. Among the more interesting/profound lessons presented during this session included: