After four years of drought and mixed results from efforts to roll back water use, the scale of California’s water crisis has brought the state to the brink of massive investments in water supply, including desalination, water diversion, and water treatment. 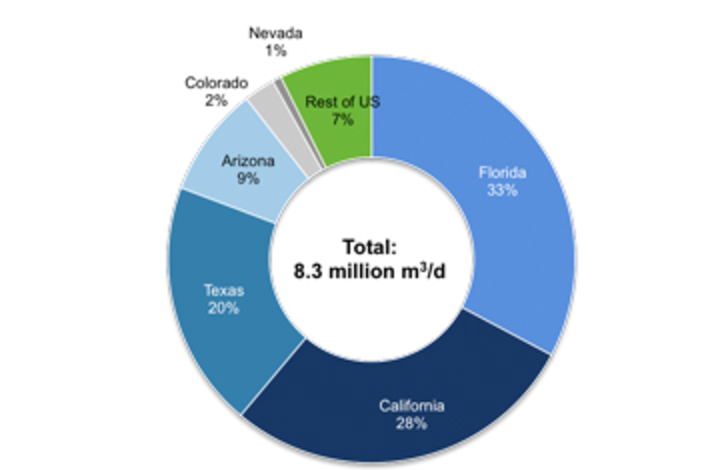 After four years of drought and mixed results from efforts to roll back water use, the scale of California’s water crisis has brought the state to the brink of massive investments in water supply, including desalination, water diversion, and water treatment. One solution certain to receive significant new funding in the years ahead, according to a new study from Bluefield Research, is wastewater reuse.

Today only one-third of California’s wastewater treatment plants provide treated water that is re-used for industrial, agricultural or municipal purposes. According to Bluefield, wastewater reuse in the state stands to double just based on projects already in the pipeline, most of which were conceived before the current crisis.

California, which holds 28 percent of U.S. municipal reuse capacity, has another 2.4 million m3/d of announced capacity additions in various stages of development. Indicating further potential to harness reclaimed water are the 479 operating wastewater treatment plants in California analyzed by Bluefield Research. Only 160 of the plants are outfitted with the capability to reuse wastewater effluent, wastewater flows.

These and other findings can be found in the Bluefield Research report, California Municipal Wastewater Treatment & Reuse: Market Drivers, Trends, and Outlook, which highlights key drivers and trends impacting greater deployment of reuse systems in the state. 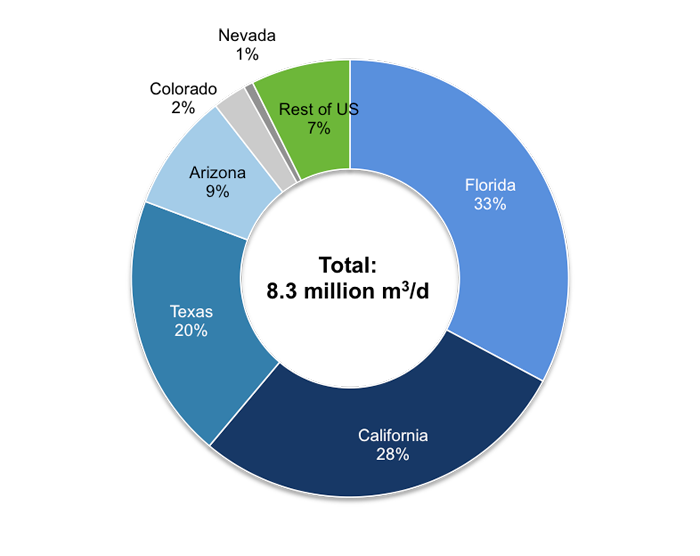 A central focus of Bluefield’s report is the water & environmental policy landscape shaping the California wastewater reuse market going forward. At the forefront future change are 372 urban water suppliers in the state. These suppliers were recently mandated by Executive Order in April 2015 to reduce water usage by an average 25 percent. Urban water suppliers currently source 3 percent of their water from reclaimed sources.

According to Erin Bonney Casey, an analyst for Bluefield Research, “Regulators inability to rein in demand, demonstrated in 2014 by the 20 percent voluntary target that achieved only an 8.8 percent reduction, will drive alternative supply-side solutions such as wastewater reuse. We are already seeing a shift with more than US$1.9 billion of reuse applications submitted to state agencies for approval.”

California’s municipal wastewater reuse project pipeline is centered in southern California counties, Los Angeles and San Diego, where extreme water scarcity and rising population are greatest. “As the drought moves into its fifth year, project timelines are expected to be pulled forward,” added Casey. “The situation is escalating because many announced projects were hatched during a time of less water stress.” 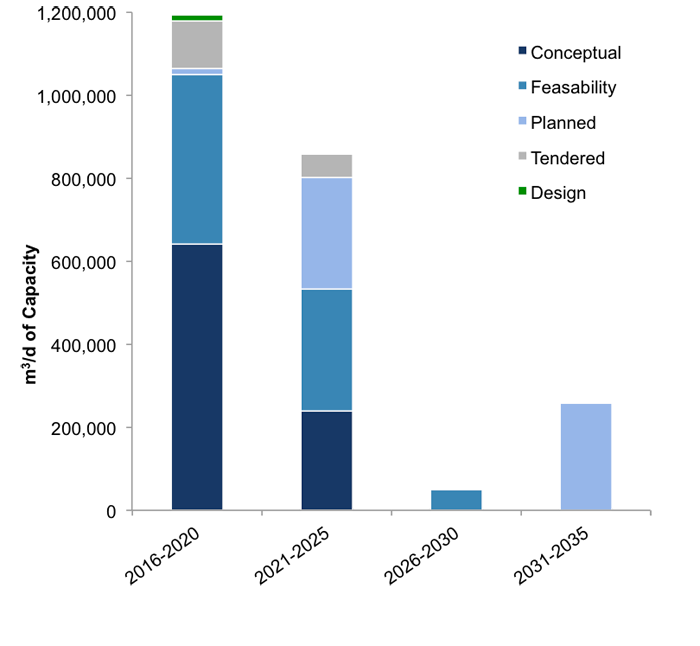