The Industrial Automation Equipment market will continue to grow in 2015 despite facing some headwinds, mainly in the form of low oil and commodity prices and weakened demand from some developing economies. 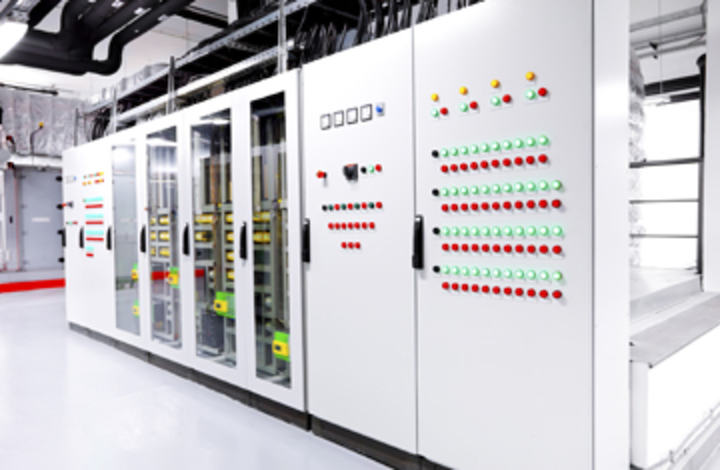 
The global oil and gas industry, once a shining beacon of growth, has been under a gloomy overcast for nearly a year now. Oil prices have fallen by approximately 50 percent since the summer of 2014, and are affecting everything from investment and jobs to gasoline prices and consumer consumption. Nowhere is this dynamic felt more than in Texas, where I am based, as it has been one of the champions of the North American shale revolution.

Of particular concern for companies in the industrial automation space is the significant contractions in capital expenditure, ranging from 10 percent to 40 percent, announced by the world’s largest oil and gas companies for 2015. Although the cutbacks will certainly affect growth this year, I am here to reassure these companies that all is not lost!

The Industrial Automation Equipment (IAE) market will continue to grow (albeit at a contracted rate) in 2015 despite facing some headwinds, mainly in the form of low oil and commodity prices and weakened demand from some developing economies. These headwinds will dampen overall market revenue growth by approximately 1 percent-2 percent this year. 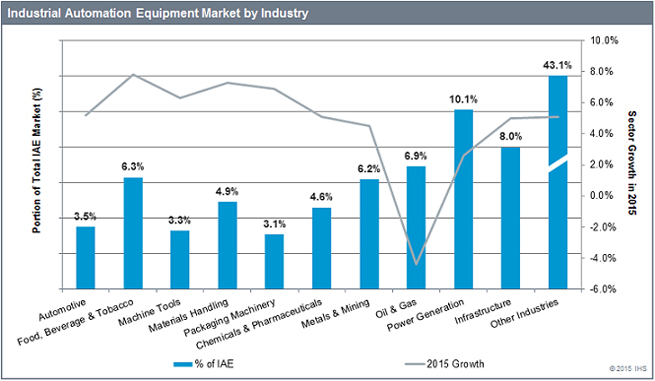 Improving global economic growth, particularly in the United States, European Union (EU), Japan and India, will continue to support growing sales of IAE products in 2015. Although slowing growth in China and recessions in Brazil and Russia will limit this expansion, it won’t be enough to counterweigh the improving conditions in the other regions.

It’s true that significantly decreased capital investment in the oil and gas and other commodity-related sectors will hurt sales of IAE products into these industries in 2015 and 2016, but this decline will be offset by growth in other industries such as automotive, food and beverage, packaging, materials handling and robotics.

For example, the oil and gas industry, which accounted for approximately 7 percent of total IAE sales in 2014, is expected to see an investment decline of about 8 percent in 2015. This contraction in capital expenditure will be somewhat counterbalanced by increased spending in the cement & glass, chemicals, pharmaceuticals, food and beverage and other sectors.

Of the three major IAE product groups, motors and motor controls will be most hurt by low oil prices as sales into the oil and gas sector comprised nearly 8 percent of the total revenues for these product categories in 2014. Automation equipment will not suffer as much, with the exception of process controllers, which derived nearly 25 percent of their 2014 revenues from oil and gas. The least-disturbed product type will be power transmission products. However, the market for hydraulic systems, which is part of this product group and is quite reliant on oil & gas industry sales, faces significant declines in 2015.

Overall, the IAE market will continue growing in 2015, with revenue expansion expected to come in at 4.5 percent over 2014 levels. As oil prices begin to recover, which is widely expected to occur by late 2015, the outlook for industrial automation suppliers will only brighten further.