The Measurement, Control & Automation Association has released results of its 2015 Customer Satisfaction Survey for manufacturers, which indicates customer satisfaction at the second highest level in 12 years. 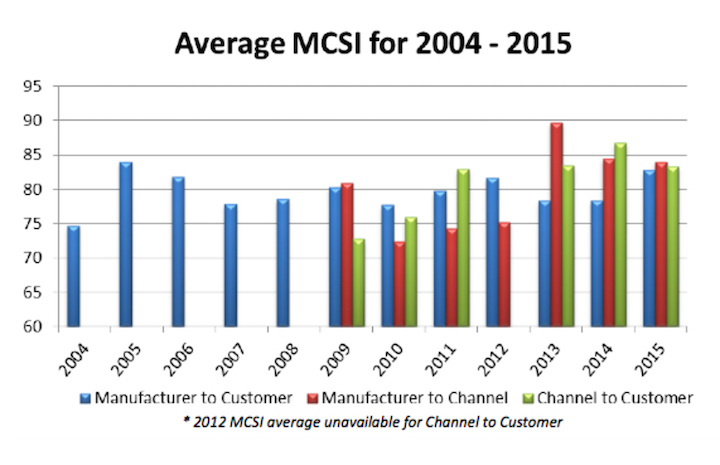 The Measurement, Control & Automation Association has released results of its 2015 Customer Satisfaction Survey for manufacturers, which indicates customer satisfaction at the second highest level in 12 years.

According to MCCA, the Customer Satisfaction Survey program helps companies obtain necessary customer feedback while at the same time allowing them to benchmark their own performance (in the eyes of customers) against their peers in the industry—other providers of process controls, measurement and analysis instrumentation, and plant automation systems and software.

For manufacturers relative to their channel partners (where historical data is available for seven years), the 2015 satisfaction index is in a tie for second with 2014.  The loyalty index is not calculated for manufacturers-to-channel because of the nature of the business relationship. Finally, for channel firms surveying their customers (where there is a six-year history) the past three years have seen the highest marks. In 2015 this group has both a satisfaction index and a loyalty index that is above the six-year average. 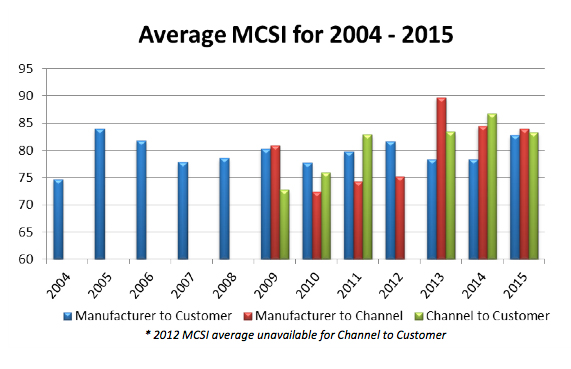