The comparison of air-piloted versus direct-acting valves deserves careful consideration of pros and cons, depending on specific application and machine design requirements. 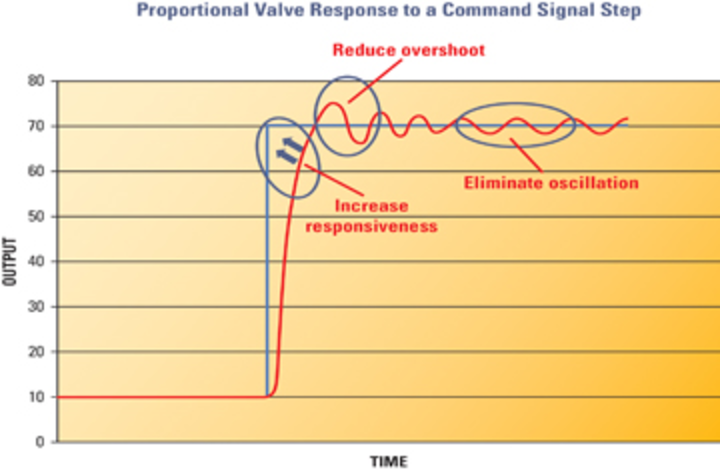 The following blog post is a preview of a more in-depth article on proportional valve selection, which will appear in the July 2015 issue of Flow Control magazine. To subscribe to Flow Control, click here.

Proportional valve technologies are available using a variety of operating methods. Operators may include the following:

Piezoelectric operators are applied mostly where extremely low power consumption is necessary, while positioners are utilized almost exclusively at quite large capacities and flow rates. Most users’ applications fall in the middle ground. Here the comparison of air-piloted versus direct-acting valves deserves careful consideration of pros and cons, depending on specific application and machine design requirements.

Air-piloted: Air-piloted proportional valves are often chosen by users and specifiers whose applications require lower power consumption, or whose budgets demand a lower purchase price. In fact, the air-piloted type is probably the most frequently purchased class of proportional valve.

However, these models use wearable components such as rolling diaphragms and pulsed solenoid pilot valves to move the piston to regulate pressure. This renders air-piloted valves less suited to applications with constantly changing set points, which produce heavy solenoid cycling rates that can soon wear out these components. Worn components can result in degraded performance and excess air consumption. So these valves may perform well in static control tasks, but may be less appropriate in dynamic applications.

However, they may actually offer greater advantages than their more popular counterparts. They fit a considerably wider range of applications, and their simpler construction (with fewer mechanical parts) and principles of operation generally result in more dependable  performance.

In addition to improved robustness, the direct-acting design provides several other technical advantages. Overshoot is a tendency to accelerate toward the set point and then go past it, having to reverse back toward it — perhaps going past it again in the other direction, and so on. Common in many systems that are tuned for short response times, these oscillations typically take less time to settle in direct-acting proportional coil designs. The overshoot settling time is short because the valve directly moves the piston by varying current to the coil. 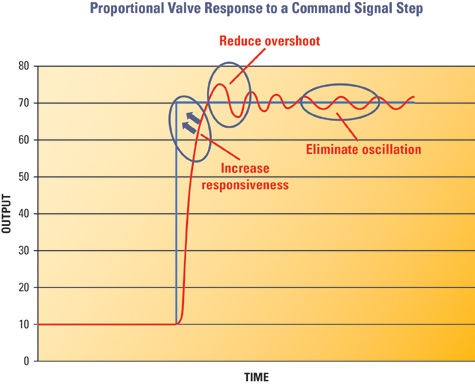 By contrast, air-piloted solenoid valves must move air into and out of a pilot control chamber. This is a slower process reliant upon pilot valve cycle rates.

Direct-acting proportional coil designs also typically provide a finer resolution of pressure control, which can be critical in some applications. For example, some polishing applications demand small pressure changes to avoid damaging parts. Direct-acting units achieve this by precisely varying coil current to make very controlled pressure adjustments. Solenoid air-piloted units have stepped pressure adjustments based on pilot valve cycle times that can result in pressure swings that are too large in some applications. The direct-acting design possesses greater speed, responsiveness, and resolution that make it superior to air-piloted designs for a number of applications.

Tom Voth is a product marketing manager for ASCO Numatics, an Emerson company.