January Manufacturing Technology Orders Down After a Strong December

January U.S. manufacturing technology orders totaled $341.17 million, down 32.9 percent from December’s $508.57 million, according to The Association For Manufacturing Technology. 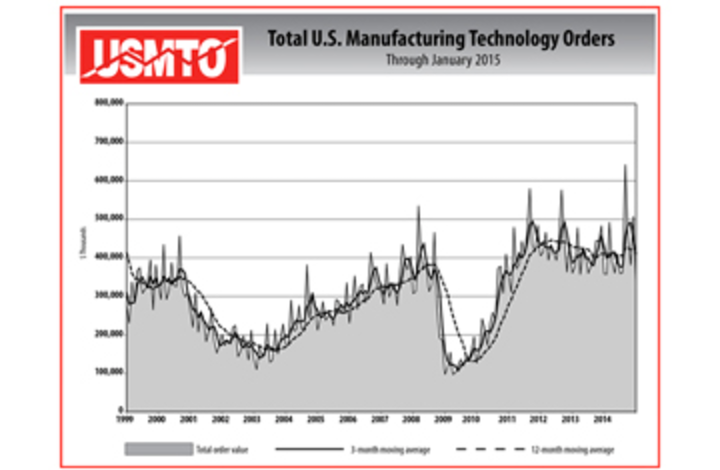 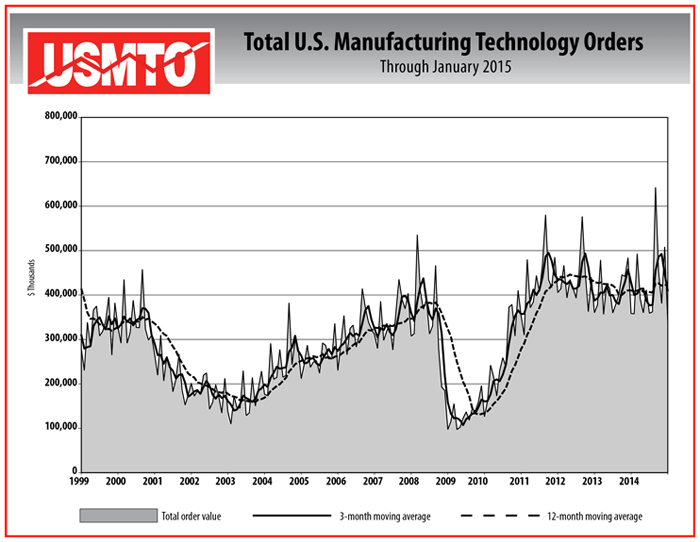 “To understand why we saw this drop in orders for January, December 2014 saw a sharp increase in sales,” AMT President Douglas K. Woods said in a press release.  “This was driven by many end-of-year orders that had been rushed through in order to qualify for tax rebate provisions that were enacted at the last minute for 2014. This is evidenced by the comparatively lower average order value seen in December vs. January, meaning that most end-of-year orders were for less expensive, in-stock machines that could be shipped quickly. The decline wasn’t unexpected, and we still foresee the manufacturing economy keeping on a stable path.”

U.S. Manufacturing Technology Orders are also reported on a regional basis for six geographic breakdowns of the United States.

Southeast
At $26.33 million, January manufacturing technology orders in the Southeast were off 29.4 percent when compared with January a year ago.