The Obama Administration announced a new goal to cut methane emissions from the oil and gas sector by 40 to 45 percent from 2012 levels by 2025. 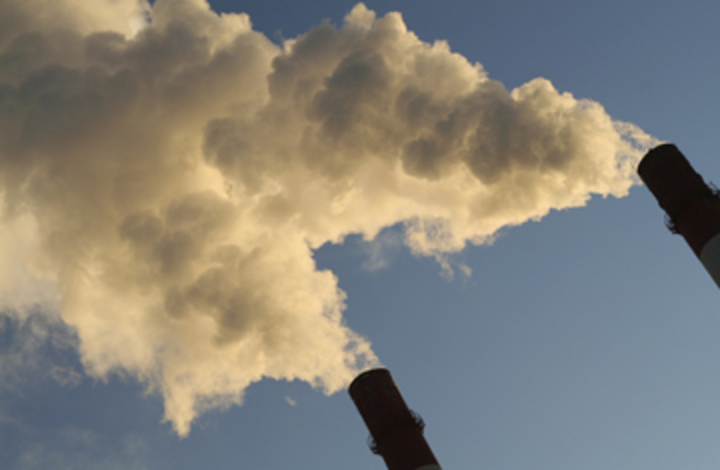 The Obama Administration announced a new goal this week to cut methane emissions from the oil and gas sector by 40 to 45 percent from 2012 levels by 2025. The announcement included a set of actions to put the U.S. on a path to achieve this goal as part of the administration’s overall effort to address climate change.

Methane emissions accounted for nearly 10 percent of U.S. greenhouse gas emissions in 2012, of which nearly 30 percent came from the production transmission and distribution of oil and natural gas, according to the administration. Emissions from the oil and gas sector are down 16 percent since 1990, and current data show significant reductions from certain parts of the sector, notably well completions.

The administration says emissions from the oil and gas sector are projected to rise more than 25 percent by 2025 without additional steps to lower them. Achieving the Administration’s goal would save up to 180 billion cubic feet of natural gas in 2025, enough to heat more than 2 million homes for a year.

The administration also announced a series of steps encompassing both commonsense standards and cooperative engagement with states, tribes and industry to work toward the 2025 goal. The administration says this cross-agency effort will consider the role of FERC, state utility commissions and environmental agencies, and industry. Administration actions include:

In 2012, the Environmental Protection Agency (EPA) issued standards for volatile organic compounds (VOC) from the oil and natural gas industry.  These standards, when fully implemented, are expected to reduce 190,000 to 290,000 tons of VOC and decrease methane emissions in an amount equivalent to 33 million tons of carbon pollution per year, according to the administration.

Building on five technical white papers issued last spring, the peer review and public input received on these documents, and the actions that a number of states are already taking, EPA will initiate a rulemaking effort to set standards for methane and VOC emissions from new and modified oil and gas production sources, and natural gas processing and transmission sources. EPA will issue a proposed rule in the summer of 2015 and a final rule will follow in 2016. In developing these standards, EPA will work with industry, states, tribes, and other stakeholders to consider a range of common-sense approaches that can reduce emissions from the sources discussed in the agency’s Oil and Gas White Papers, including oil well completions, pneumatic pumps, and leaks from well sites, gathering and boosting stations, and compressor stations.

As it did in the 2012 standards, the agency, in developing the proposal and final standards, will focus on in-use technologies, current industry practices, emerging innovations and streamlined and flexible regulatory approaches to ensure that emissions reductions can be achieved as oil and gas production and operations continue to grow.

EPA will develop new guidelines to assist states in reducing ozone-forming pollutants from existing oil and gas systems in areas that do not meet the ozone health standard and in states in the Ozone Transport Region. EPA says these guidelines will also reduce methane emissions in these areas. The guidelines will help states that are developing clean air ozone plans by providing a ready-to-adopt control measure that they can include in those plans.

EPA says it will strengthen its Greenhouse Gas Reporting Program to require reporting in all segments of the industry. In addition to finalizing the updates to the program EPA has already proposed by the end of 2015, EPA will explore potential regulatory opportunities for applying remote-sensing technologies and other innovations in measurement and monitoring technology to further improve the identification and quantification of emissions and improve the overall accuracy and transparency of reported data cost-effectively, the admistration says.

Lead by Example on Public Lands

The Department of Interior’s Bureau of Land Management (BLM) will update decades-old standards to reduce wasteful venting, flaring, and leaks of natural gas, which is primarily methane, from oil and gas wells. These standards, to be proposed this spring, will address both new and existing oil and gas wells on public lands.

The Department of Transportation’s Pipeline and Hazardous Materials Safety Administration (PHMSA) will propose natural gas pipeline safety standards in 2015.  While the standards will focus on safety, they are expected to lower methane emissions as well.

The President’s FY16 Budget will propose $15 million in funding for the Department of Energy (DOE) to develop and demonstrate more cost-effective technologies to detect and reduce losses from natural gas transmission and distribution systems. This will include efforts to repair leaks and develop next-generation compressors. The President’s budget will also propose $10 million to launch a program at DOE to enhance the quantification of emissions from natural gas infrastructure for inclusion in the national Greenhouse Gas Inventory in coordination with EPA.

The DOE will continue to take steps to encourage reduced emissions, particularly from natural gas transmission and distribution, including:

The Administration will soon release the first installment of the QER, which focuses specifically on policy actions that are needed to help modernize energy transmission, storage, and distribution infrastructure. This installment of the QER will include additional policy recommendations and analysis on the environmental, safety, and economic benefits of investments that reduce natural gas system leakage.