Despite November Drop In Orders, Manufacturers Remain Optimistic About 2015

November U.S. manufacturing technology orders dropped in November for a total of $378.06 million, according to The Association For Manufacturing Technology. 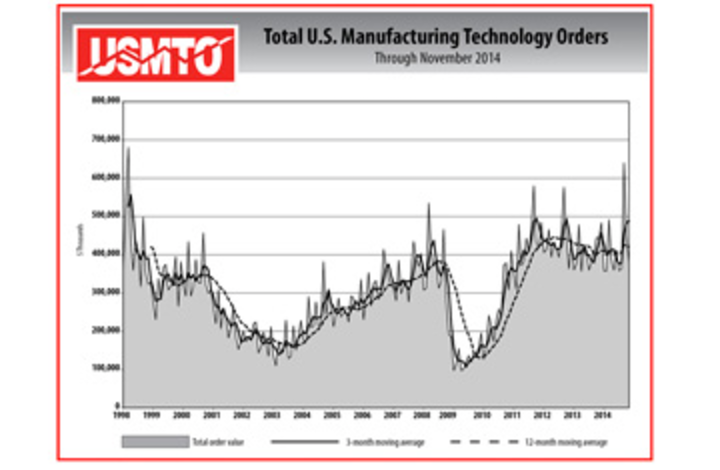 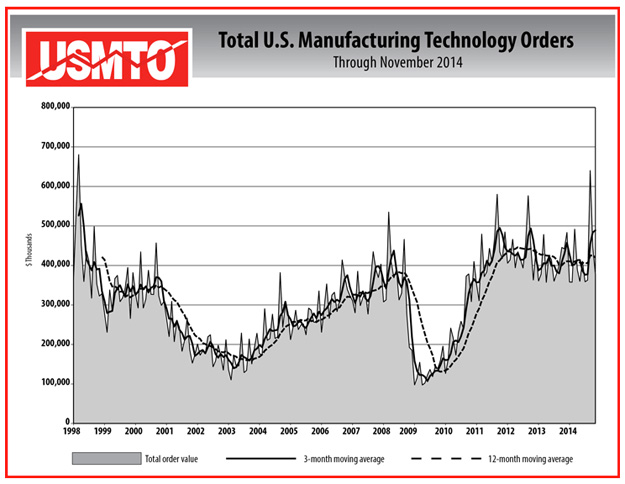 November U.S. manufacturing technology orders totaled $378.06 million, according to The Association For Manufacturing Technology. This total, as reported by companies participating in the United States Manufacturing Technology Orders program, was down 15.5 percent from October and down 14.5 percent when compared with the total of $442.01 million reported for November 2013. With a year-to-date total of $4,556.60 million, 2014 orders remain up 2.6 percent compared with 2013.

“Despite a downward monthly trend in manufacturing technology orders, we remain bullish on the U.S.industry market overall, with robust factory production and strong performance in the automotive sector,” said AMT President Douglas K. Woods. “Many manufacturers took a ‘pause’ in November to assess the challenges from the previous few months, such as contraction in China, Europe and Russia, less activity from the oil and gas industry due to the dramatic drop in prices and perhaps a little bit of the ‘IMTS Effect’ pulling some sales forward. Overall, however, we anticipate 2015 to be another year of positive growth, with manufacturing leading the U.S. economy.”