A preliminary survey shows end-users are moving to comply with the new API 624 valve emissions standard, which was published and put into effect in February following a two-year development effort. 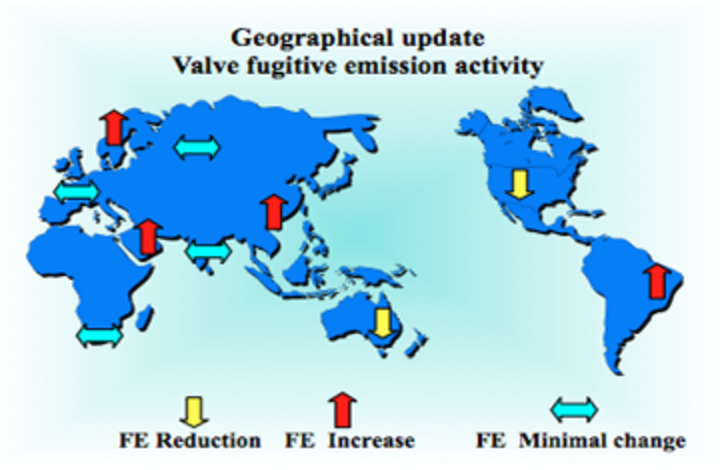 In the May 2014 issue of Flow Control magazine, I addressed the new standard, API 624 "Type Testing of Rising Stem Valves Equipped with Graphite Packing for Fugitive Emissions, First Edition." This standard, which was published and put into effect in February, establishes guidelines for testing industrial valves for emissions compliance. Since the publication of the article, further requests from industry have spurred the creation of another specification, API 641 "Type Testing of Quarter-Turn Valves," and an API “Piping and Valves” committee has been formed. Regulators and end-users are also working on:

Key aspects of valve testing per API 624 include:

– The standard covers rising and rising-rotating stem valves up to 24” diameter.

– The test medium is methane.

– Test cycles required are 310 in total with three thermal cycles.

– Re-tightening of gland bolts is not permitted during test.

As a result of the release of API 624, testing companies have been gearing up for an increase in the number and size of test valves, and new test houses are coming to market.

Implementation of API 624 needs to be carefully monitored, and claims from valve manufacturers should be validated by requesting to view test results. Important factors to be mindful of include:

– Number of cycles on some valves could be detrimental to packing, as certain smaller size valves don’t come with grease ports to keep the stem lubricated all of the time.

– Failures of valve stem threads, yokes and glands during test.

– At higher temperatures a few greases create volatile organic compound and burn off.

Certain challenges need a good testing company that has experience in testing on fugitive emissions and provides guidelines to manufacturers in terms of use of packing, valve, grease, testing requirements, etc.

A preliminary survey was conducted with end-users regarding current utilization and application of API 624. Results are summarized in the following table.

Gobind Khiani, P.Eng., is with Fluor Canada Ltd. Khiani has spent 20-plus years in the energy and power business and has worked in three countries (United Kingdom, Dubai and Canada) with 10-plus years in Western Canadian Oil and Gas Industry based out of Calgary, Alberta. He graduated from University of Poona in India and earned his master’s degree in Materials and Mechanical Engineering from Schulich School of Engineering at University of Calgary, Alberta, Canada. He is a registered professional engineer in the provinces of Alberta and Saskatchewan. His specialties are Mechanical Static Equipment Integrity, Quality, Energy Asset Management, Greenhouse Gases (Energy Efficiency), and Facility Engineering Management. Khiani can be reached at 403 850-6982 or gobind.khiani@fluor.com. Connect with him at ca.linkedin.com/in/gobindkhiani.