Event presentations at the Schneider Customer Conference indicate that the process industry is “restructuring,” i.e., reliance on in-house expertise is being replaced by 3rd party services—available in-house. 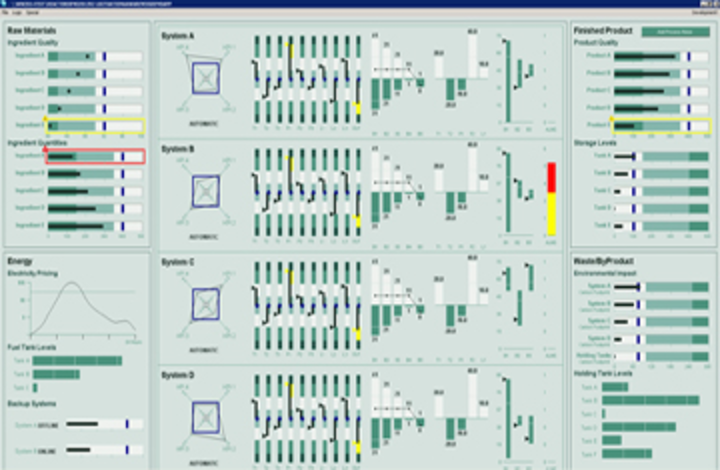 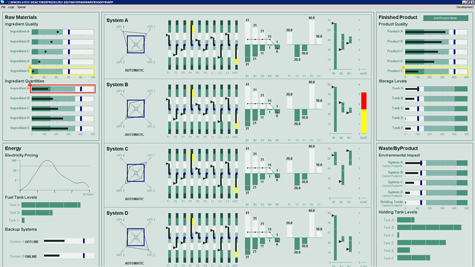 The Wonderware InTouch HMI is among the compelling technologies Schneider Electric added to its solution set when it finalized its acquisition of Invensys in January 2014.  (Image Courtesy of Schneider Electric)

By buying Invensys, a big chunk of today’s multi-billion-dollar industrial-automation software market is in the hands of Schneider Electric—including the Wonderware, SimSci and Avantis brands.

“It has been a little less than a year since Schneider Electric and Invensys combined and there has been no disruption to value creation,” says Ravi Gopinath, Ph.D., executive vice president, software, Schneider Electric. “The integration of the software business is in its formative stage. As part of the global solutions group, we have 3,000 people working across product lines.”

IT-based Industrial-automation software today encompasses 1) infrastructure that allows easy sharing of data, as well as of software and computing resources, 2) a host of applications for process control and management, and 3) industry solutions, with oil & gas, water & wastewater and refining being the industry’s most heavily marketed examples perhaps.

READ ALSO: With Invensys in Its Fold, Schneider Aims to Capitalize on New Market Opportunities

Only a half-dozen or fewer global suppliers can furnish near this full range of solutions. The recent Schneider Electric 2014 Software Global Customer Conference was an opportunity to hear how that company will evolve the important assets it has assembled.

What Schneider comes up with also is indicative for process industries themselves. Event presentations suggest, for one, that the process industry is “restructuring,” i.e., reliance on in-house expertise is being replaced by third-party services—available in-house. It’s a kind of “out-sourcing,” you could say, although that word carries some negative connotations.

This change in habit is significant because how technology convergence impacts industrial processes is being decided daily, but for some years the hold-up has been, as much as anything, lack of trained human resources. This restructuring suggests a way around that by making best use of what you have.

Veteran engineer retirement is often cited as a process industry issue, but the skill sets needed for an advanced industrial-computing era—and the efficiencies that should come with that era’s technologies—are just emerging, making much of this hitherto un-traversed territory.

On the one hand, it’s expensive putting people on airplanes, having them live in hotels and eat in restaurants. In the boom years, software companies focused on selling licenses. Today it’s more complex. It takes scale for one thing. Production plants aren’t quite as remote as oil & gas wells, but they are found in very far-flung corners of the globe. Process-goods makers insist that the second and third site deployment of a system must be quicker than the first.

“As part of a services transformation, we must take ownership to see effective deployments of our solutions, and that it is a consistent experience in every part of the world,” says Dr. Gopinath. “We have more than 1,000 employees involved in service and support, and more than 3,500 partners trained in our methodologies and technologies, around the world.”

Kevin Parker, editorial director of Processing magazine, has been writing about process industry, automation and information-technology markets for more than 20 years.