In 2012, the EPA revised its turbidity regulations, which required the City of Akron to reduce its 95 percent compliance level for turbidity from 0.3 to 0.15 nephelometric turbidity units (NTU), a reduction of its combined turbidity of 50 percent. GF Piping provided a solution that met Akron’s needs on several levels. 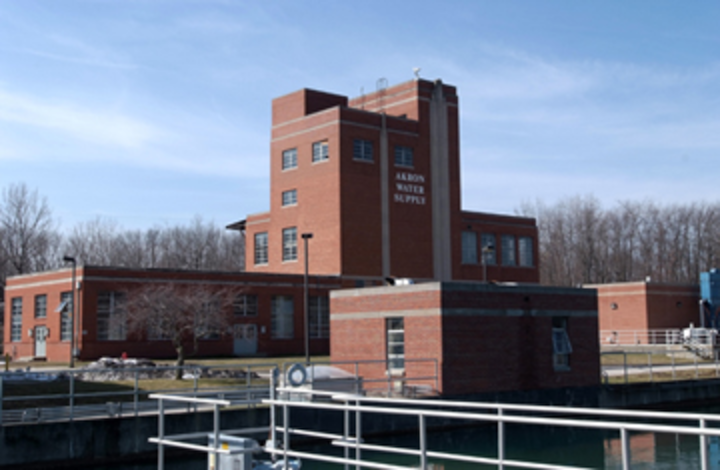 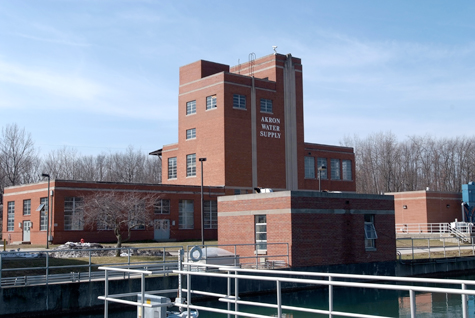 GF Piping Systems technology and its unique approach to business are an integral part of Akron’s plant improvement plans.

Located within the Great Lakes region and running along the Little Cuyahoga River, the City of Akron is the fifth largest city in Ohio. The city’s century-old treatment facility serves more than 300,000 customers throughout Akron and neighboring communities and routinely operates at about 35 MGD. The Akron treatment plant encompasses 1,200 miles of distribution piping and numerous processes including pre-screening, pre-oxidation, rapid mixing, flocculation, sedimentation, and chlorine contact. Treated water is then distributed across 25 rapid sand filters before it receives a final chemical addition.

These new rules forced Akron to look at updating its existing turbidity meters. In the process, the city also decided to relocate the meters, which originally stood in the filter building’s basement, a difficult area to access.

The city of Akron called on a nearby branch office of Ryan Herco Flow Solutions, the leading national supplier of fluid handling products, to assist with sourcing the most effective solution to meet the new turbidity regulations. The Signet 4150 Turbidimeter from GF Piping Systems was selected primarily based on the technology behind the system, but also in part due to its size. The small footprint of the Signet 4150 allowed Akron to relocate the meters to an area on the operating floor that allowed for better access for troubleshooting, maintenance, and calibration.

Accurate, reliable, and EPA-compliant, the Signet 4150 Turbidimeter measures turbidity with a light at a 90-degree angle, which reflects particles as they flow through the small-volume, low-flow glass cuvette. The design of the measuring chamber allows for quick response to changes in turbidity and significantly reduces the amount of formazin required for calibrations. This is important because formazin, a hazardous material, can be dangerous to operators and expensive to purchase and dispose of properly.

The back pressure valve on the outlet tube reduces any air bubbles in the measuring cuvette, which is located in a water-tight and dark chamber. This allows accurate and continuous online measurements. The unit immediately comes back online following calibration since the sample stream is not interrupted during the process.

“The calibration cuvettes are reusable and can be inserted and removed in a matter of seconds,” explains Brian Labelle, director of business development for GF Piping Systems. “There is no need for filling, flushing, and refilling the measuring chamber at each unit, allowing calibrations to be completed in minutes.”

The City of Akron utilized GF Piping Systems’ Performance Purchase Order (PPO) program, which defers the invoicing of a trial number of units for a period of time sufficient to complete a performance evaluation. The PPO program allowed Akron to evaluate the performance of the Signet turbidimeters to ensure that the technology would meet the ever-growing demands of the aging treatment plant.

There were also material and time savings. The treatment plant reduced its formazin use from 8,000 milliliters to 300 milliliters per unit per year, resulting in a cost savings of almost $1,000 per unit per year. The lower volume of formazin also decreased the amount of time and expense required to safely dispose of this hazardous material, resulting in additional savings and reduced risk to plant employees.

Due to the simplicity of its design, the Signet 4150 turbidimeters have saved calibration, maintenance, and troubleshooting man-hours, which have also decreased significantly as a result of relocating the meters from the basement to the operating floor. Additionally the plant is saving more than 6.5 million gallons of water per year because of lower sample flow requirements and the fact that the samples can be easily returned to supply rather than sent to drain.

Discussions have already begun regarding how GF Piping Systems and its vast product portfolio can assist the City of Akron with future upgrade projects.