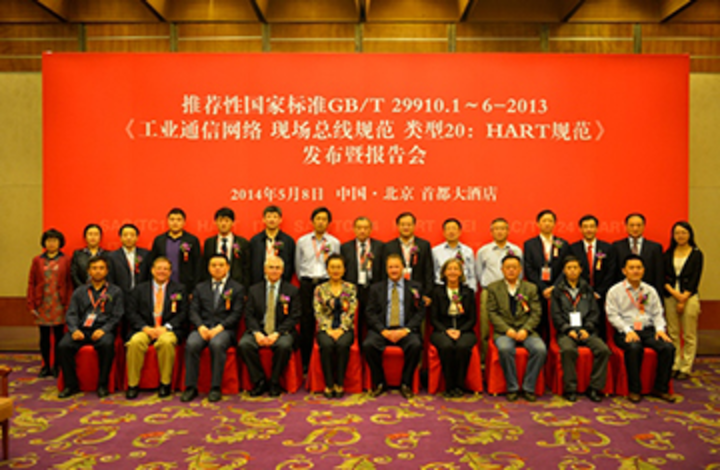 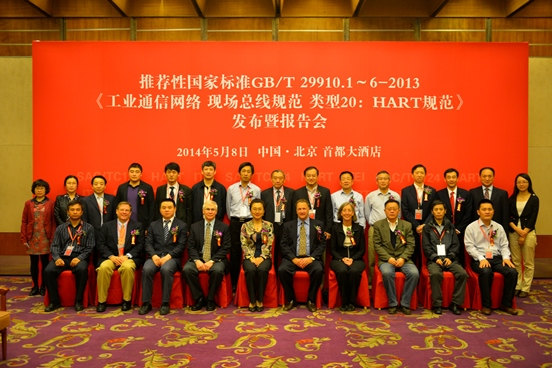 The HART Communication Foundation’s HART Communication Protocol was recognized as a China National Standard (GB/T 29910.1-6-2013) during a special event in Beijing on May 8. Approved by the Standardization Administration of the China Industrial Department, the HART Communication Protocol is now ensured consistency and reliability throughout China in terms of copyright and technology implementation. For end-users, the protocols standard status provides a benchmark for selecting HART Registered products that meet mandatory technical and interoperable requirements.

China’s ITEI (Instrumentation Technology and Economy Institute) Test Lab performs the same compliance testing procedures on HART and WirelessHART devices as the Test Lab at the HART headquarters in Austin, Texas, in accordance with established foundation policies, guidelines and requirements.

During the May 8th event at the Beijing Capital Hotel hosted by the HART Communication Foundation, ITEI and the China National Technical Committee of Industrial Process Measurement and Control, Mrs. Wei Sun, Division Chief of the Standardization Administration of the China Industrial Department, presented the official publication of the HART National Standard (GB/T 29910.1-6-2013: Industrial Communication Networks-Fieldbus Specifications-Type 20: HART Specification).

“The HART China Standard will have a huge impact on our member companies’ sales in the region,” says Masters. “End users are demanding that products comply with the HART standards to ensure the HART Registered products they purchase have the required technical capabilities and interoperability they expect from a HART device.”

In addition to the China National Standard, the HART Protocol is an IEC standard (International Electro-technical Commission), both wired (IEC 61158) and wireless (IEC 62591), and complies with the European NAMUR NE107 guidelines that standardize device display and alert information.