Dan Hayden, president of Hayden Corporation, a provider of thermal spray coatings, had a problem. Actually, it was a problem shared by his entire industry, i.e. the struggle to generate a repeatable flow measurement. 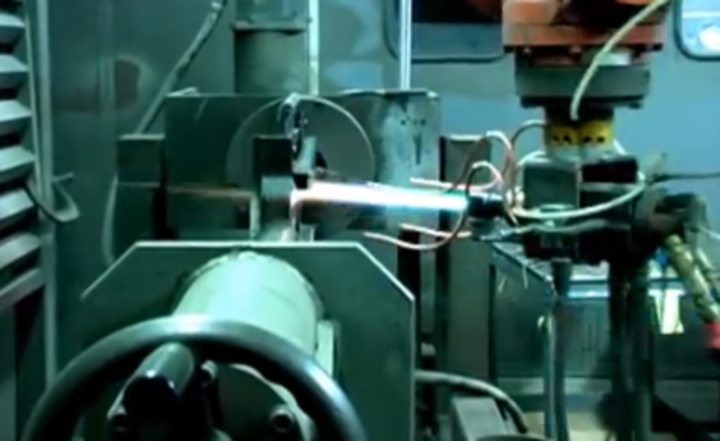 Dan Hayden had a problem. Actually, it was a problem shared by his entire industry.

Hayden is president and CEO of Hayden Corporation, a provider of thermal spray coatings for more than 50 years. These coatings protect precision machine components from corrosion and wear in extremely hostile environments.

“We have a lot of equipment here blowing gas for thermal spray,” said Hayden. “A lot of it was built back in the sixties and featured variable area (VA) meters for measuring gas flow. They are not very accurate and not easy to read properly.”

Variable-Area Flowmeters
Variable-area flowmeters are among the oldest and most mature principles in flow measurement. Based upon Bernoulli's theorem, these meters consist of a uniformly tapered flow tube, a float, and a measurement scale. As a gas or liquid is introduced into the tube the float rises, its weight supported by the fluid flowing underneath, until the entire volume of fluid can flow past the float. The position of the float corresponds to a point on the tube's measurement scale and provides an indication of the fluid's flowrate.

No Repeatability
“Even the equipment that was made more recently had gauges that were not repeatable,” Hayden said. “The manufacturers themselves would tell you that the gauges were calibrated for a certain flowrange and beyond that they were not reliable. But government requirements were getting stricter, like ISO 9000, and we needed more accuracy, repeatability, and control.

READ ALSO: A Flowmeter with “Moving Parts”—Exploring Myths in Flowmetering

“As the business grew, we began to have multiples of the same equipment in different coating booths, but we were told by the manufacturer that we couldn’t take the same set of parameters from one booth to another because the equipment might not be identical. It was a real problem not only for us, but industry-wide. There were metering solutions out there at the time, but the cost of converting was prohibitive and we couldn’t be sure if the improvement would be enough to justify the expense. Some in our industry bit the bullet and bought the expensive metering solution. They had immediate problems with calibration that didn’t go away. It seems we made the right decision.”

Solution Found
“Recently we bought a piece of spray equipment from Flame Spray Technologies in the Netherlands,” said Hayden. “We had never used them before, but the technology was attractive and the price was right, so we gave them a shot. The equipment came with different meters than we were accustomed to. They were from Bronkhorst, a Dutch company with a large presence in the U.S. with Bronkhorst USA. We soon discovered that the meters were bulletproof in that they never went out of calibration and could be retrofitted into our existing consoles.”

“Hayden contacted us,” said Tom Oberholtzer of Meriden Cooper Corporation, the firm that represents Bronkhorst. “We didn’t have to sell them. They already knew what the meter could do. They bought six EL-FLOW models with local indicators mounted directly on the meter itself. So, not only does the flow data go directly to their computer, they also have a digital indication of the flow for the operator to see.”

The control valve design of the mass flow controller is modular construction and can be field replaced or changed by the user without any adjustment. The standard valve is normally closed and is available up to Kv-values of 1.5. Normally, opened valves can also be supplied. For high (differential) pressure applications, it can handle high flows and/or pressures at differential pressures up to 400 bar.

“The local availabity of the meters gave us an opportunity to go back to our older equipment that was functional, but not precise, and retrofit with the meters,” said Hayden. “When we did that, we knew that the settings on one machine could be repeated on any other machine and make it repeatable throughout the factory. The first retrofit project was three units and we’ve done them cabinet by cabinet. In our processes we use a variety of gasses—nitrogen, argon, hydrogen, oxygen, propylene, and compressed air. The Bronkhorsts can accurately measure all of them to +/- 0.018 percent. The VA meters were 2 percent. It also can actually control the flowrate. That’s critical when we run off bottles because the pressure drops as the bottle empties.

“We were really surprised that the meters remain in calibration so long. We still need to check them, and once in a long while calibrate. Originally, we sent them back to Bronkhorst, but that was costly and created too much down time. When Bronkhorst offered us a portable calibration system, we took them up on it and they trained our people to use it."

Promoting to the Industry
Hayden is also actively promoting the technology to the entire industry.

“With all the new requirements and the need to justify and document the actual output settings with respect to the various gasses, how much is being used, and what the flows are, it’s in the best interest for everyone in the industry to upgrade their equipment,” said Hayden. “In fact, the Bronkhorst sales manager, Fran Job, is making a presentation soon to the International Thermal Spray Association on this very subject.”

Jack Sine is a freelance writer specializing the flow control, petrochemical, and HVACR industries. He can be reached at jack.sine@verizon.net or at 845 831-6578.