A hazardous materials transport trailer outfitted with sliding vane pumps aims to raise $250,000 for U.S. service personnel who have been injured in the Afghan and Iraqi conflicts. 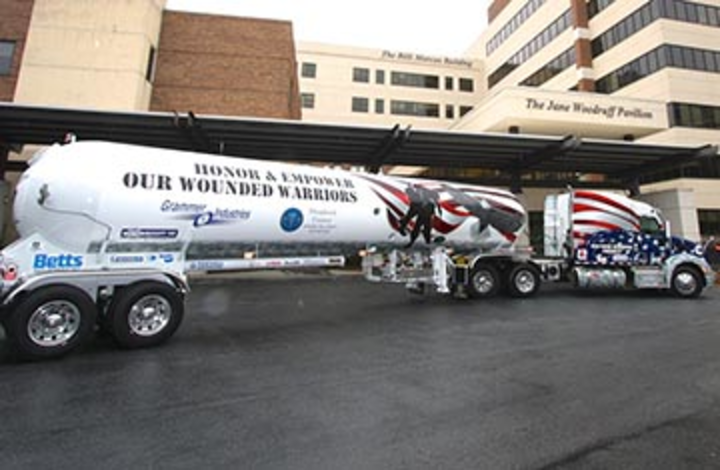 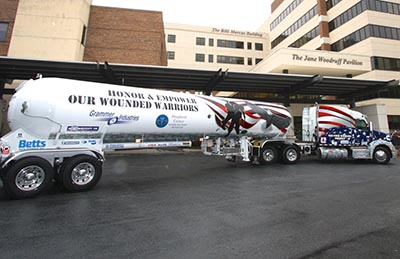 Grammer Industries, a carrier of anhydrous ammonia (NH3), propane and hazardous materials, unveiled a new Wounded Warrior Project-themed transport trailer. The trailer, decorated with a painting of the American Flag, an Eagle, and one soldier carrying another, is the foundation for Grammer’s new fundraising initiative designed to raise money for U.S. service personnel who have been injured in the Afghan and Iraqi conflicts.

The trailer, which is capable of hauling up to 10,600 gallons of materials, is fitted with Blackmer’s TLGLF4 Series Sliding Vane Pumps, which is standard equipment on all Grammer Industries’ transport trailers.

The Wounded Warrior Project transport trailer was unveiled on March 27 at the Mid-America Trucking Show in Louisville, Ky., which kicked off a year-long initiative where Grammer Industries hopes to raise $250,000 to benefit the Wounded Warrior Project. The fundraiser also benefits the SHARE Military Initiative at the Shepherd Center in Atlanta, Ga., which is a spinal-cord and brain rehabilitation clinic. Both programs provide assistance, support and education to critically injured U.S. service members.

“We set out on this endeavor because we were inspired by the life-changing impact and rehabilitation support that has been provided to one of Grammer Industries’ own,” explained Charles Whittington, Grammer Industries’ Founder and CEO. “The work that the Shepherd Center and the Wounded Warrior Project does is phenomenal and we are thankful for the tremendous support from our vendors.”

Grammer’s Wounded Warrior Project transport trailer has already made stops at the NPGA Southeastern Convention and International Propane Expo in Atlanta, as well as the M-PACT Show in Indianapolis, Ind. The trailer is scheduled to appear at a number of fundraising events before being put into Hazmat service.

If you would like to make a donation in support of the Wounded Warrior Project and Shepherd Center, go here.