A city in Colorado employed a novel technology solution to determine the flow through each of three separate valve chambers to ensure water load was shared equally. 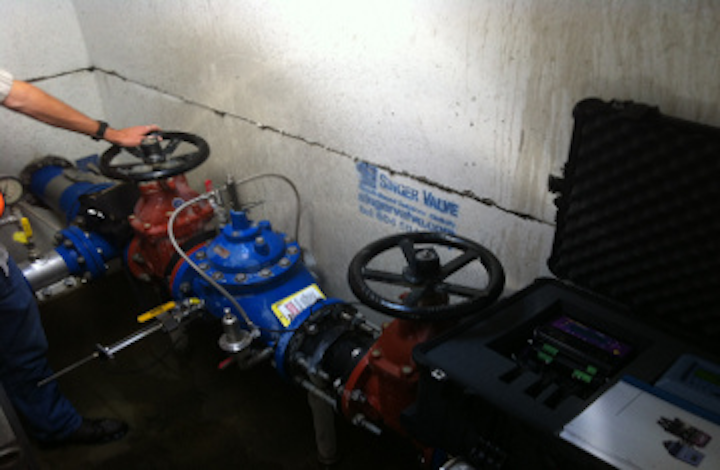 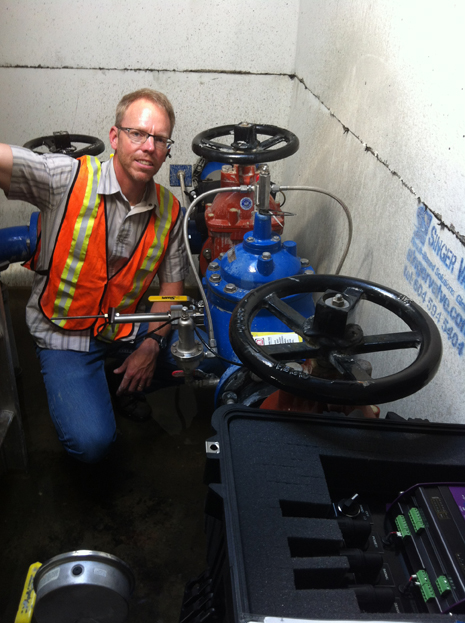 A city in Colorado needed to determine the flow through each of three separate valve chambers to determine whether water load was shared equally. By measuring the flowrates, the operator was able to use the data to determine whether they need to adjust the pressure set points on any of the pressure-reducing valves in each vault. Since there was no power source and limited space in the station, the client specifically wanted a portable flowmeter that could be shared between three valves in three separate chambers.

Pipestone Equipment’s Dave Buchwald suggested Singer Valve’s SPI-MV, which features a unique single-point insertion probe that can be inserted into a Singer valve to measure flow and then be moved to a different valve. The insertion probe extends into the flow stream through one of the valve inlet connections and protrudes into the valve, equivalent to 1/8 of the valve diameter size. As a single-piece design, the bullet nose profile has no moving parts to get clogged and contains nothing to wear or break.

The SPI-MV has options for both AC and DC power along with a compact design, which enables it to be combined with a data logger and a 12VDC lithium battery. This allows the valve to be left in the probe unit in the vault for up to a month, all the while acquiring and saving flow data. A USB is then used to extract the data off the data logger, and the battery is recharged at the end of the month before the unit is installed into one of the two additional vaults and the cycle is repeated. The installation is straight forward; once the SPI probe is removed, the ball valve is closed, allowing the valve to continue to run as normal.

Since the unit only protrudes eight inches from the valve and requires 12 inches for clearance, it fits easily in to all of the chambers. The SPI-MV is accurate to 2 percent of reading throughout the specified velocity range, which enables the utility to confidently monitor the flowrates and compare loads to ensure equal flow.