Research shows that decommissioned oil and gas structures converted to artificial reefs are supporting a high abundance and diverse fish assemblages in the Gulf of Mexico. 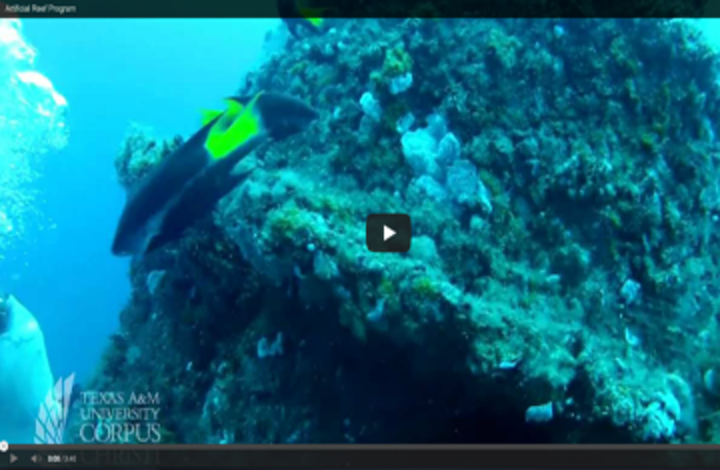 The new data from the western Gulf shows a high abundance of red snapper living around these structures for years at a time. Researchers in the Harte Research Institute for Gulf of Mexico Studies (HRI) at Texas A&M-Corpus Christi say 52 fish species from 18 families have been identified at 13 surveyed sites near Port O’Connor, Port Aransas, and Port Mansfield, Texas.

“There’s a lot of evidence that the red snapper populations we see today wouldn’t be here if we didn’t have all of these converted oil and gas platforms,” said Dr. Greg Stunz, director of the Center for Sportfish Science and Conservation. “Red snapper is the most economically important fish in the Gulf of Mexico.”

Stunz, who is the principal investigator for a recently awarded grant, says that in addition to supporting a variety of fish populations, artificial reefs lure commercial fishermen, recreational fishermen, and divers; benefiting many Gulf Coast economies.

This new evidence is the reason the HRI’s newly formed Center for Sportish Science and Conservation was recently awarded $600,000 by Texas Parks and Wildlife and $50,000 from the Fondren Foundation to expand its studies on artificial reefs. Researchers will monitor sites around the western Gulf and log the amount and types of marine life that create homes around the reefs. They will use this data to determine how to sustain these new “fish homes,” including finding what characteristics are best suited to become habitats for each type of fish and to find the long-term effects of keeping rigs in the Gulf after they stop functioning.

“There are about 4,000 of these rigs in the Gulf of Mexico,” said Stunz. “About 75 percent of those will be gone in the next 20 years, so we are very concerned that we get these rigs into reef programs so that they continue producing fish.”

For the full report on this story, go here.

To see a map showing the location of the identified artificial reefs sites surveyed by researchers in the Harte Research Institute for Gulf of Mexico Studies (HRI) at Texas A&M-Corpus Christi, go here.