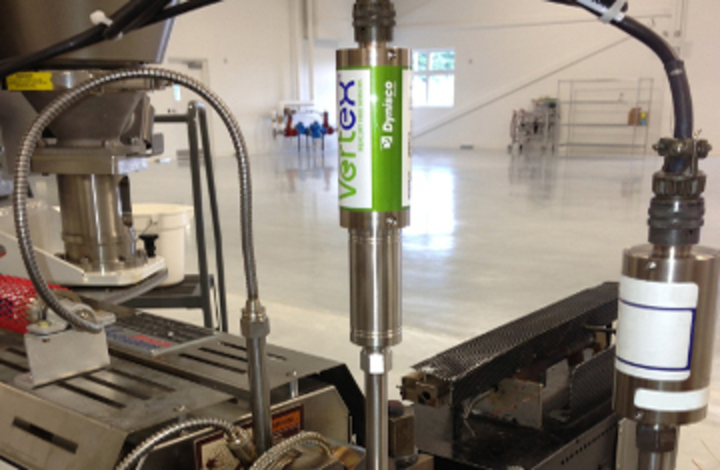 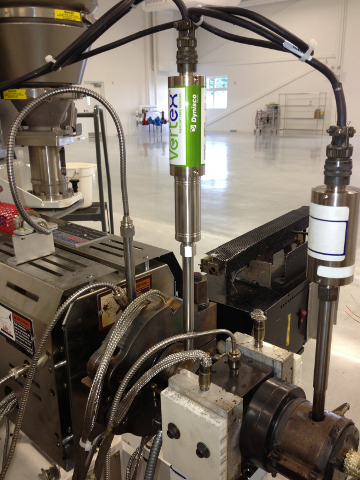 “Non-filled transducers that perform as well or better than filled units are always a plus in the extrusion of medical devices,” says Larry Alpert, engineering services manager, Putnam Plastics Corp., Dayville, Conn., a supplier of medical catheter extrusions and minimally invasive tubing. In two plants totaling 120,000-sq.ft., Putnam has over 45 plastic extruders and dedicated clean manufacturing space. Transducers are used for pressure control in extrusion dies and at gear-pump inlets, and Alpert says they are in the process of upgrading to Dynisco Vertex mercury-free sensors.

Mercury is known to be toxic, of course, but even non-mercury fillers can be problematic. “Foreign matter of any kind in medical extrusion is a grave concern that could lead to having to recall product,” Alpert explains. “When transducer failure leads to contaminated product, we don’t usually find out until after the fact. By then, the components could already be at the next step in the process or on the way to the customer, and that puts us at risk with our components and with our customers.”

Dynisco Vertex sensors employ a novel approach, sensing pressure directly without using complicated mechanical structures or liquid fill media. This means faster response and better control for today’s precision extrusion systems, and it contributes to a longer service life. With no mercury or fill material of any kind, it is friendlier to the environment and less likely to cause product contamination.

Putnam has tried all the different non-filled approaches at one time or another and found that they don’t last long before there are technical issues. Electronic transducers suffered from issues due to overheating of the electronics, linearity, and in general, poor reliability. Mechanical, push-rod-type transducers have many known issues and don’t offer the same level of performance compared to filled sensors. “We’ve been using sensors filled with NaK (sodium/potassium) for quite some time,” he says. “While they are mercury free, they have a very limited lifetime and seem to require repair or replacement in little over a year.”

Because the Vertex mercury-free pressure sensor is a drop-in replacement for his NaK-filled units, Alpert says the upgrade is simple and transparent to operators. He especially appreciates the Vertex diaphragm, which is six times thicker than those on other units and coated for abrasion-resistance. “The thicker diaphragm is a blessing. Many of our extrusion systems have three and even four transducers, and they go through a lot of handling. We are an OEM supplier and have many short runs that require frequent bare-metal cleanouts—sometimes multiple times a day. By far, our biggest transducer repair cost has been due to diaphragm damage, and we now look for Vertex to outlast NaK sensors, reducing our total cost of ownership for pressure sensors,” Alpert says.

The thickness of the diaphragm and materials of construction make for a highly robust device so it should be no surprise that it outperforms and outlasts other sensors. Dynisco is so confident in the durability of the Vertex sensor that it is covered by a four-year warranty.