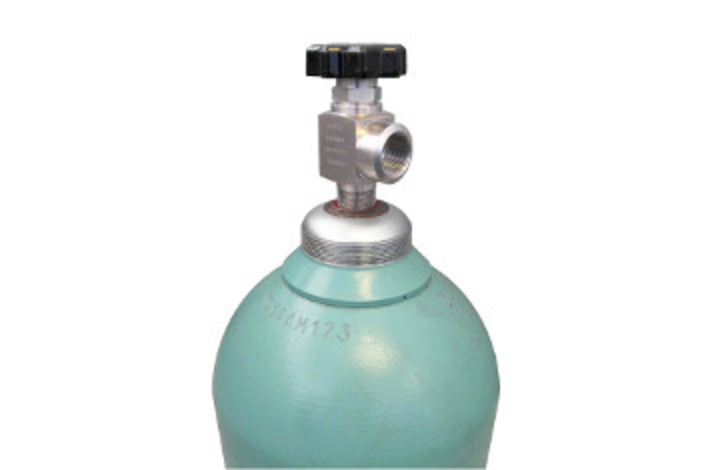 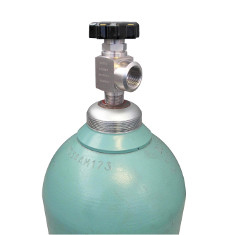 The HCV valve’s seat is behind a burn-resistant Monel keeper, reducing its exposed surface area and protecting it from ignition by adiabatic compression. The seat moves straight up-and-down (instead of rotating) and has a metal-to-metal stop to prevent over-torquing. Both features greatly reduce wear and damage (extrusion) to the seat that can increase the risk of ignition from either flow friction or particle generation/impact.

Threads on traditional cylinder valves are in the direct flow path, potentially creating particles that can become an ignition risk or contribute to seat damage. By contrast, the HCV’s rotating threads are outside the wetted area, limiting their potential for particle generation.

Another major innovation is the valve’s construction using burn-resistant alloys (e.g., Monel, bronze) on all wetted metal components. Other non-metal seals and back-up rings are made of polymers (e.g., FKM, PTFE) preferred for oxygen service and fully encapsulated in burn-resistant alloys.

Finally, the ring-shaped geometry of the seat reduces the mass of its non-metal (polyimide) seat material, reducing the energy release if the seat were ignited. This, in turn, reduces the potential for igniting downstream materials or components. The seat design also enables the valve to have the lowest leak rates in the industry.

In an industry where most define “high pressure” as greater than 2,000 PSIG, the HCV’s 6,000 PSIG capacity far exceeds traditional cylinder valve designs. And unlike many other products, the HCV Cylinder Valve exceeds the industry’s demanding ASTM G88—05 Standard Guide for Designing Systems for Oxygen Service.

It is these same design features that compelled a national leader in sales & service to the breathing air industry to choose the HCV valve over competitive solutions.