Flow Control recently appointed Jake Mastroianni as it’s new managing editor. Find out a little bit more about Jake and what makes him tic in this fun Q&A. 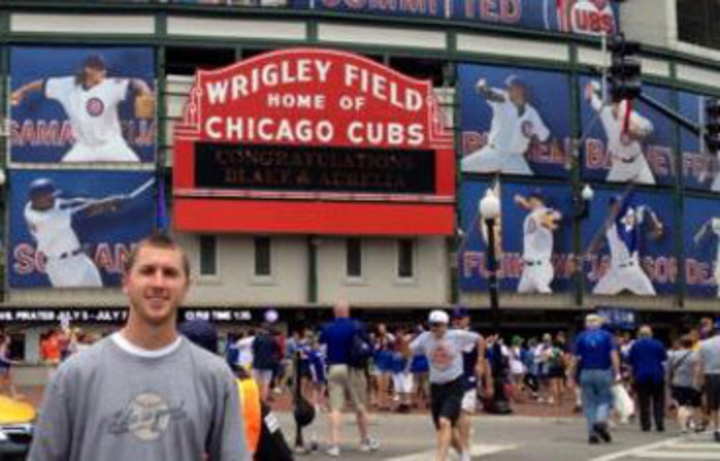 Where did you go to school?

I went to Auburn University, which is known for having a great journalism school as well as having a great football team—although overshadowed by another university in the state. I was a student there from 2006 to 2010 before graduating with a degree in Journalism and a minor in English.

How does the phrase "Roll Tide!" make you feel?

Actually, I grew up a rather enthusiastic Alabama football fan, attending many of their games when I was younger. However, going to Auburn changed that just a little for me, so now I have the unbelievable role of cheering for both teams, which is considered blasphemy in this state.

The phrase Roll Tide makes me feel at home, because you know that phrase is only coming from someone who truly loves the state of Alabama and its football. Alabama football is the closest thing we have to professional sports, so while I did graduate from Auburn, I still respect the Tide.

What was your first job in journalism?

While in college I worked for the school newspaper, but outside of that my first real job in journalism was working for a minor league baseball team. In the summer of 2010, I packed up and moved to Princeton, W.V. to work as the media relations intern for the Princeton Rays—the rookie league team for the Tampa Bay Rays. While there I was in charge of producing material for the team’s website, writing post-game stories, and attending player events. Being a huge baseball fan, working in minor league baseball was one of the best experiences of my life, but it was also a lot of hard work and long hours on game days.

Besides Flow Control, what magazines/websites do you read on a regular basis? Why?

There really is no other magazine to read other than Flow Control, but on occasion I do read Sports Illustrated. And when I’m not gaining knowledge from www.flowcontrolnetwork.com, I frequently visit ESPN and MLB’s websites. I’ll read anything sports related, especially if it’s about baseball, but I like the NFL, NHL and NBA as well.

Occasionally I’ll check out Fox News or CNN to see what else is going on in the world.

When you're not working on Flow Control stuff, what do you like to do?

I’m a huge family guy, and although I don’t have a family of my own yet, I spend a lot of time doing stuff with my parents, as well as my older brother and sister and my two nephews. I’m also heavily involved in my church and spend a lot of time there.

I try and stay active, especially as I’m getting older. In the past year I’ve ran a half-marathon and several 5Ks. I play in a church softball and basketball league, and I just recently started playing indoor soccer with a team from work.

As you may have already gathered, I’m a huge sports guy so I spend a lot of time watching sports, especially my beloved Atlanta Braves.

Our annual company picnic is coming up later this month. We've played tennis at the past few picnics, and we're scheduled to play again this year. When we hit the courts, will I:

A. be wildly surprised by how much your game has progressed;

B. find that while you've maintained your impressive speed and agility, your strokes still need a little work; or

C. have to break the bad news that perhaps golf is in your company picnic future?

Answer: B. I don’t believe I’ve lost a step with my speed and agility, as I stay active and in pretty good shape, but I’ve probably played tennis once since our last meeting, so my game hasn’t improved at all. I do love playing tennis, I just have trouble finding the time and the right opponent to match up with my skill set.

My food selection is rather boring. I’m huge fan of anything involving chicken, but growing up on a cow farm, I also love beef. If I had to choose one food item to get me by the rest of my life, I’d probably go with pizza. And it doesn’t even really matter what kind, I could eat pizza every day.

Name one thing that is on your "bucket list" for the next five years.

I was able to scratch something off my bucket list by going to Wrigley Field this past summer. But in the next five years, I’d love to go to Italy and knock that off my bucket list. I’ve always wanted to visit my ancestors’ homeland and enjoy some of the amazing food there.

Chipper Jones or John Smoltz? Why?

Chipper Jones. Not even really a question for me. Smoltzy is a great guy and great player in Braves’ history, but Chipper Jones is an everyday player—although with all his injuries, it’s hard to call him an everyday player. But Chipper was the heart and soul of the Braves for 20 years; hard to compete with that. It was sad seeing him go at the end of the 2012 season.

Give us a quote that inspires you?

“Be strong and courageous. Do not be afraid; do not be discouraged, for the Lord your God will be with you wherever you go.” – Joshua 1:9