A complete characterization of the locations (loci) affecting specific traits will speed up the adaptation of sorghum and other related grasses to new production systems for both food and fuel. 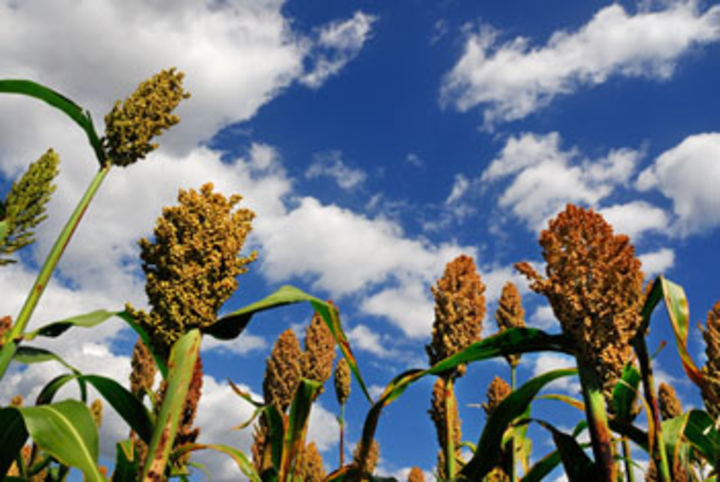 Although sorghum lines underwent adaptation to be grown in temperate climates decades ago, a researcher said he and his team have completed the first comprehensive genomic analysis of the molecular changes behind that adaptation. Patrick Brown, an assistant professor in plant breeding and genetics at the University of Illinois, said having a complete characterization of the locations (loci) affecting specific traits will speed up the adaptation of sorghum and other related grasses to new production systems for both food and fuel.

Brown is working on the project through the Energy Biosciences Institute at the U of I, hoping to use the sorghum findings as a launching pad for working with complex genomes of other feedstocks. The EBI provided the startup funding for the study.

To adapt the drought-resistant, tropical sorghum to temperate climates, Brown explained that sorghum lines were converted over the years by selecting and crossing exotic lines with temperate-adapted lines to create lines that were photoperiod-insensitive for early maturity, as well as shorter plants that could be machine-harvested.

“Part of the reason for caring about all of that now is that up to this point sorghum has mostly been grown for grain. It’s pretty short stuff, doesn’t blow over on the windy high plains, and is really hardy. But now there is a lot of interest in using sorghum for other things, such as growing sweet sorghum in areas where they grow sugarcane, and growing biomass sorghum for bioenergy through combustion or cellulosic technology.”

Getting a complete map of the traits researchers are most interested in—plant height and maturity—will help researchers unlock the diversity in the exotic lines and bring it into grain sorghum, Brown said.

“We’ll be able to start moving forward. We’ll basically be able to breed all these sorghum types more easily and use the genes that we bred for in grain sorghum over the last hundred years and move them into sweet sorghum and biomass sorghum. We think that finding those genes is going to be critical,” he said.

Because biomass sorghum is grown annually, growing until frost comes, when it is harvesed it has a high moisture content. “When we cut it down, there’s tons of biomass. I don’t know that there’s anything else that can match it in the area, but the biomass is really high moisture. For the existing cellulosic idea as it stands now, that is not very useful,” he said.

“That’s one of the roadblocks to biomass sorghum right now,” he said. “Sweet sorghum, where you squeeze the sugary juice out like sugarcane, may be closer on the horizon. There is an ethanol plant starting up in southern Illinois that plans to use 25 percent sweet sorghum."

To read the full text of this article as published by the University of Illinois, click here.