Acid rain and other unintended side effects of human activities are changing the basic chemistry of many rivers in the Eastern U.S, which are vital supplies of drinking water. 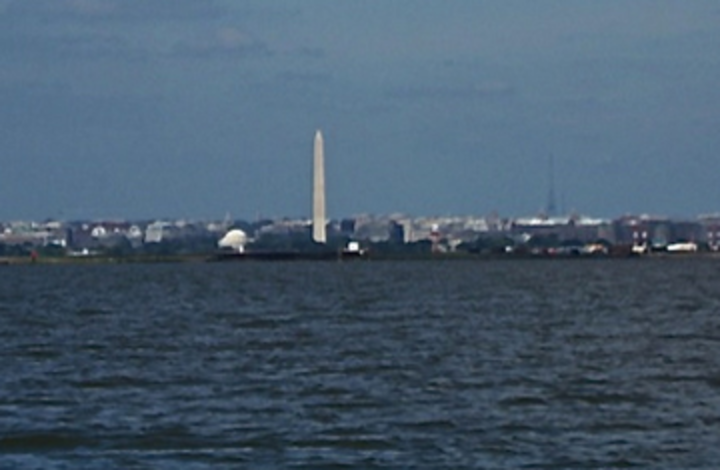 Alkalinity from the 14,700-square-mile Potomac River watershed reaches Washington D.C., where the river provides the U.S. capital with drinking water before emptying into the Chesapeake Bay.

Acid rain and other unintended side effects of human activities are changing the basic chemistry of many rivers in the Eastern U.S., with potentially major consequences for urban water supplies and aquatic ecosystems, a University of Maryland-led study has found.

Researchers looked at long-term records of alkalinity trends in 97 streams and rivers from Florida to New Hampshire. Over time spans of 25 to 60 years, two-thirds of the rivers had become significantly more alkaline and none had become more acidic.

Paradoxically, higher acid levels in rain, soil and water, caused by human activity, are major triggers for these changes in river chemistry, said associate professor Sujay Kaushal of the University of Maryland. Kaushal, a geologist, is the lead author of a paper about the study, published August 26 in the online edition of the peer-reviewed journal Environmental Science and Technology.

The researchers hypothesize that acid rain, a by-product of fossil fuel burning, acidic mining runoff, and agricultural fertilizers, speed up the dissolving of surfaces that are naturally high in alkaline minerals. In a process known as chemical weathering, the acid eats away at limestone, other carbonate rocks, and even concrete sidewalks, dissolving alkaline particles that wash off into streams and rivers.

Scientists have studied the effects of increased chemical weathering in small mountain streams tainted by acid runoff, where the process can actually help rebalance streams’ pH levels. But researchers have not looked at the accumulating levels of alkalinity in downstream reaches of numerous major rivers and evaluated potential causes until now, Kaushal said.

“It’s like rivers on Rolaids,” Kaushal said. “We have some natural antacid in  watersheds. In headwater streams, that can be a good thing. But we’re also seeing antacid compounds increasing downriver. And those sites are not acidic, and algae and fish can be sensitive to alkalinity changes."

Alkalinity has risen over the past several decades in rivers that provide water for Washington, D.C., Philadelphia, Baltimore, Atlanta, and other major cities, the researchers reported. Also affected are rivers that flow into water bodies already harmed by excess algae growth, such as the Chesapeake Bay.

The extent of the change is “amazing. I did not expect that,” said ecologist Gene Likens, a co-discoverer of acid rain in 1963, who collaborated with Kaushal on this research.

“This is another example of the widespread impact of human impacts on natural systems which is, I think, increasingly worrisome,” said Likens, a Unversity of Connecticut distinguished research professor and founding director of the Cary Institute of Ecosystem Studies. “Policymakers and the public think acid rain has gone away, but it has not.”

Beginning in the mid-1990s after Congress amended the Clean Air Act, new federal regulations have reduced the airborne pollutants that cause acid rain. “It may be that these are legacy impacts of acid rain in addition to mining and land use,” Kaushal said. “The acid rain problem is decreasing. But meanwhile there are these lagging effects of river alkalinization showing up across a major region of the U.S. How many decades will river alkalinization persist? We really don’t know the answer.”

The team focused on Eastern rivers, which are often important drinking water sources for densely populated areas and have decades’ worth of water quality records. Much of the Eastern U.S. is also underlain by porous, alkaline limestone and other carbonate rocks, making the region more prone to the types of water chemistry changes that the researchers found. This is especially true in the Appalachian Mountains where soils are thin, steep slopes cause erosion, and acid rain from smokestack industries have had a major impact on forests and streams.

Water alkalinity has increased the fastest in areas underlain by carbonate rocks, at high elevations, and where acid rainfall or drainage was high. The researchers also found that the chemical weathering of these carbonate rocks adds to the carbon burden in rivers and streams, in a trend that parallels rising carbon dioxide levels in the atmosphere.

Follow the link here to read “Increased river alkalization in the Eastern U.S,” which was published in the Aug. 26, 2013 issue of Environmental Science and Technology.