Burkert Fluid Control Systems is now crafting beer in its own microbrewery in the company's Charlotte, N.C. facility. 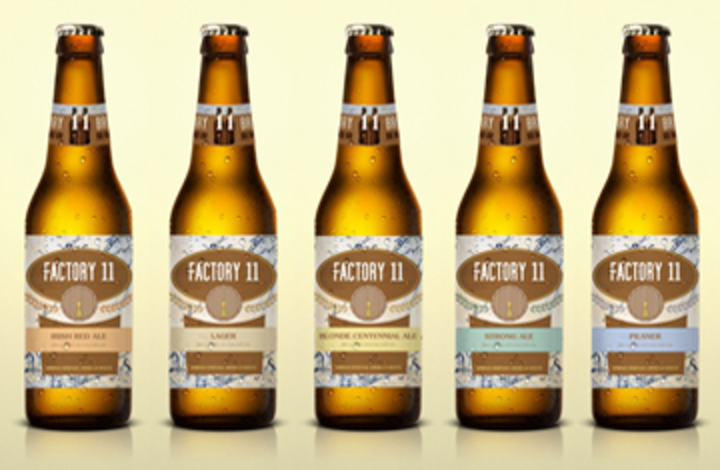 Burkert Fluid Control Systems is now crafting beer in its own microbrewery in the company's Charlotte, N.C. facility. Dubbed an "internal teamwork project," Burkert began to work on the concept for an in-house microbrewery in 2010, with the inital design for a small side project evolving over time into a professional microbrewery application that showcases the capabilities of Burkert's product line in a complete system.

Burkert is now brewing five tastes of beer under the brand name Factory11—a name that was selected because the physical location in which the system is housed is Burkert’s 10th global factory location, making the brewery, in theory, its 11th. Burkert also held an employee competition to design the logos and labels for its Factory11 beer.

Burkert has worked on many brewery applications over the years, so building its own microbrewery the product of experience. The system, while a bit over the top for a microbrewery, showcases some advanced tools for process automation, including a fully integrated PLC enclosure to operate the system, as well as Burkert's mX Connect wireless alert system that can monitor and control variables like temperature and flow 24/7 using a smartphone & the Burkert Cloud. All told, the system is as much of an educational tool as it is a showpiece.

Burkert hopes its microbrewery will attract small brewery start-ups to the possibilities of integrating some of the more basic automation components in the beginning of their process, and as they grow the process can be seamlessly upgraded and enhanced. Meanwhile, Burkert hopes larger breweries will see the advantages of a one-stop-shop for complete process automation. Burkert's Factory11 Brewery showcases the full range of capabilities on a single system.

For a full overview of the Factory 11 Brewery application, check out the video below.