Improved methods for breaking down cellulose nanofibers are central to cost-effective biofuel production and the subject of new research. 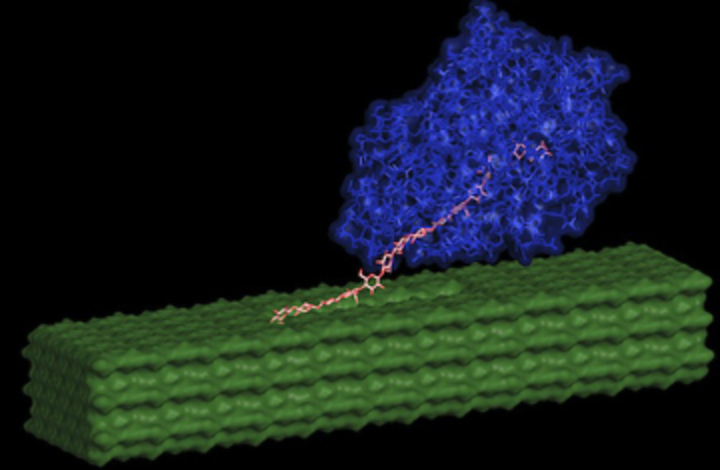 Improved methods for breaking down cellulose nanofibers are central to cost-effective biofuel production and the subject of new research from Los Alamos National Laboratory (LANL) and the Great Lakes Bioenergy Research Center (GLBRC). Scientists are investigating the unique properties of crystalline cellulose nanofibers to develop novel chemical pretreatments and designer enzymes for biofuel production from cellulosic-or non-food-plant derived biomass, according to report by LANL.

An article published in the Proceedings of the National Academy of Sciences suggests, counter-intuitively, that increased binding of enzymes to cellulose polymers doesn't always lead to faster breakdown into simple sugars. In fact, Chundawat's research team found that using novel biomass pretreatments to convert cellulose to a unique crystalline structure called cellulose III reduced native enzyme binding while increasing sugar yields by as much as five times.

The researchers had previously demonstrated that altering the crystal structure of native cellulose to cellulose III accelerates enzymatic deconstruction; however, the recent observation that cellulose III increased sugar yields with reduced levels of bound enzyme was unexpected.

To explain this finding, Chundawat and a team of LANL researchers led by Gnana Gnanakaran and Anurag Sethi developed a mechanistic kinetic model indicating that the relationship between enzyme affinity for cellulose and catalytic efficiency is more complex than previously thought.

Cellulose III was found to have a less sticky surface that makes it harder for native enzymes to get stuck non-productively on it, unlike untreated cellulose surfaces. The model further predicts that the enhanced enzyme activity, despite reduced binding, is due to the relative ease with which enzymes are able to pull out individual cellulose III chains from the pretreated nanofiber surface and then break them apart into simple sugars.

To read the paper, “Increased enzyme binding to substrate is not necessary for more efficient cellulose hydrolysis” PNAS 2013, click here.

This research was funded by the Great Lakes Bioenergy Research Center (supported by the U.S. Department of Energy, Office of Science, Office of Biological and Environmental Research through Cooperative Agreement DE-FC02-07ER64494 between the Board of Regents of the University of Wisconsin System and the U.S. Department of Energy). The LANL team was supported by the National Advanced Biofuels Consortium (NABC), the Center for Non-Linear Studies, and the Laboratory Directed Research & Development (LDRD) program at LANL.