Researchers at Brown and Yale have demonstrated a new “enabling technology” that could use excess carbon dioxide to produce acrylate, a valuable commodity chemical involved in the manufacture of everything from polyester cloth to disposable diapers. 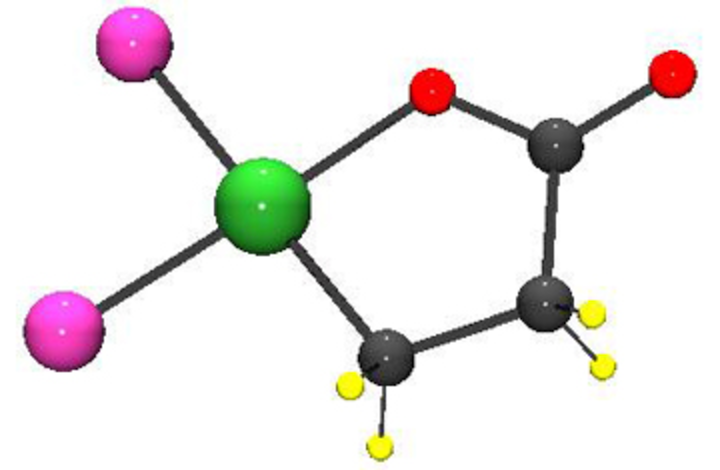 A key advance, newly reported by chemists from Brown and Yale Universities, could lead to a cheaper and more sustainable way to make acrylate, an important commodity chemical used to make materials from polyester fabrics to diapers.

Chemical companies churn out billions of tons of acrylate each year, usually by heating propylene, a compound derived from crude oil. “What we’re interested in is enhancing both the economics and the sustainability of how acrylate is made,” Wesley Bernskoetter, assistant professor of chemistry at Brown, who led the research, said in a news release. “Right now, everything that goes into making it is from relatively expensive, nonrenewable carbon source.”

Since the 1980s researchers have been looking into the possibility of making acrylate by combining carbon dioxide with a gas called ethylene in the presence of nickel and other metal catalysts. CO2 is essentially free and something the planet currently has in overabundance. Ethylene is cheaper than propylene and can be made from plant biomass.

There has been a persistent obstacle to the approach, however. Instead of forming the acrylate molecule, CO2 and ethylene tend to form a precursor molecule with a five-membered ring made of oxygen, nickel, and three carbon atoms. In order to finish the conversion to acrylate, that ring needs to be cracked open to allow the formation of a carbon-carbon double bond, a process called elimination.

“We thought that if we could find a way to cut the ring chemically, then we would be able to eliminate (nickel and oxygen) very quickly and form acrylate, and that turns out to be true,” Bernskoetter said. That step had proved elusive. But the research by Bernskoetter and his colleagues, published in the journal Organometallics, shows that a class of chemicals called Lewis acids can easily break open that five-membered ring, allowing the molecule to eliminate and form acrylate.

Lewis acids are basically electron acceptors. In this case, the acid steals away electrons that make up the bond between nickel and oxygen in the ring. That weakens the bond and opens the ring.

“We thought that if we could find a way to cut the ring chemically, then we would be able to eliminate very quickly and form acrylate,” Bernskoetter said. “And that turns out to be true.”

He calls the finding an “enabling technology” that could eventually be incorporated in a full catalytic process for making acrylate on a mass scale. “We can now basically do all the steps required,” he said.

From here, the team needs to tweak the strength of the Lewis acid used. To prove the concept, they used the strongest acid that was easily available, one derived from boron. But that acid is too strong to use in a repeatable catalytic process because it bonds too strongly to the acrylate product to allow additional reactions with the nickel catalyst.

“In developing and testing the idea, we hit it with the biggest hammer we could,” Bernskoetter said. “So what we have to do now is dial back and find one that makes it more practical.”

There’s quite a spectrum of Lewis acid strengths, so Bernskoetter is confident that there’s one that will work. “We think it’s possible,” he said. “Organic chemists do this kind of reaction with Lewis acids all the time.”

The ongoing research is part of a collaboration between Brown and Yale supported by the National Science Foundation’s Centers for Chemical Innovation program. The work is aimed at activating CO2 for use in making all kinds of commodity chemicals, and acrylate is a good place to start.

“It’s around a $2 billion-a-year industry,” Bernskoetter said. “If we can find a way to make acrylate more cheaply, we think the industry will be interested.”

Other authors on the paper were Dong Jin and Paul Willard of Brown and Nilay Hazari and Timothy Schmeier of Yale.