OriginOil Inc.’s CLEANFRAC water treatment technology has demonstrated that it can remove almost all organics, suspended solids, and bacteria from produced water, showing potential for enabling oil operators to extract more petroleum from process water and reduce fresh water use. 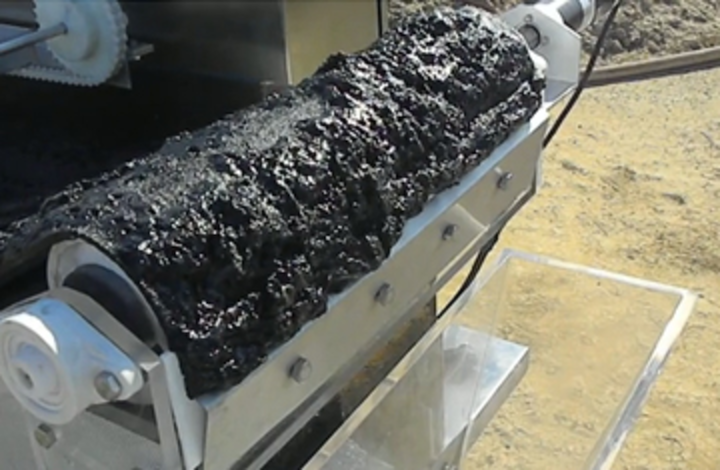 OriginOil Inc. has developed an energy production process for harvesting algae and cleaning up oil & gas water. Operating at the first stage of extraction, this high-speed and chemical-free process can be embedded in other systems to improve performance. Originally invented to solve the biggest problem in algae production, it is now finding demand in oil and gas fracking and production water cleanup, the company says.

OriginOil announced Feb. 28 that its CLEAN-FRAC water treatment system for the oil and gas industry successfully completed its first field-testing on produced water at an oil well in Lost Hills near Bakersfield, Calif.

The field trials demonstrated that the process removes almost all organics, suspended solids and bacteria from produced water, demonstrating the potential impact of OriginOil’s technology in enabling oil operators to extract more petroleum from process water and reduce fresh water use.

Les Cufaude and Dale Hankins of Pacific Coast Exploration hosted the testing and said they were surprised that the system was able to recover as much oil from the water as it did. Until now, they had believed that their produced water was almost entirely oil-free. Cufaude remarked on how much more oil the company could recover and sell and Hankins said he could see many applications for the technology in the oil patch, according to OriginOil.

“Through our industry advisor, Dr. Gerald Bailey, we secured an oil well in Lost Hills as a test site," said Bill Charneski, General Manager of OriginOil's Oil & Gas Division, in the company's announcement. "The well’s produced water was fairly contaminated with a heavy crude oil and drilling residues. From the first test, there was significant separation of the oil and solids from the water. Testing of our product showed that organics, measured by Chemical Oxygen Demand (COD), were reduced by as much as 99 percent. Even more surprisingly, we eliminated Total Suspended Solids (TSS), also known as turbidity, by as much as 98 percent. We are extremely pleased with the results of this first field test.”

Riggs Eckelberry, OriginOil’s Chief Executive Officer, said in the announcement, “These first field trials confirmed what we’ve seen in the lab—up to a 99 percent reduction of organics in a matter of minutes. This marks a major milestone as we refine and scale our technology for commercial deployment in the oil and gas industry. By increasing the amount of recoverable oil for producers, we have the potential for a compelling economic benefit. We now plan to take this equipment to Texas for similar demonstrations in San Antonio and Houston in late March.”

The CLEAN-FRAC system is a chemical-free, continuous process that employs low-energy technologies to decontaminate produced or "frac flowback" water. It is the first stage of any multi-stage water treatment system designed for recycling or purifying to drinking water.

According to The National Energy Technology Laboratory (NETL), produced water is water trapped in underground formations that is brought to the surface along with oil or gas.  It may include water from the reservoir, water injected into the formation, and any chemicals added during the production and treatment processes. In the United States, the water-to-oil ratio (WOR) averages seven barrels of water to one of oil. In the worst cases, the WOR reaches 50 to 1. The petroleum must be efficiently reclaimed from this water, and the water itself must be cleaned. According to “The Produced Water Gamechanger Report 2010–2014,” the market for topside produced water reinjection, which is emerging as the preferred method of water management, is around $9.8 billion over the period covered by the report.