BP pleaded guilty Jan. 29 to 14 criminal counts for its illegal conduct leading to and after the 2010 Deepwater Horizon oil spill and was sentenced to pay $4 billion in criminal fines and penalties. 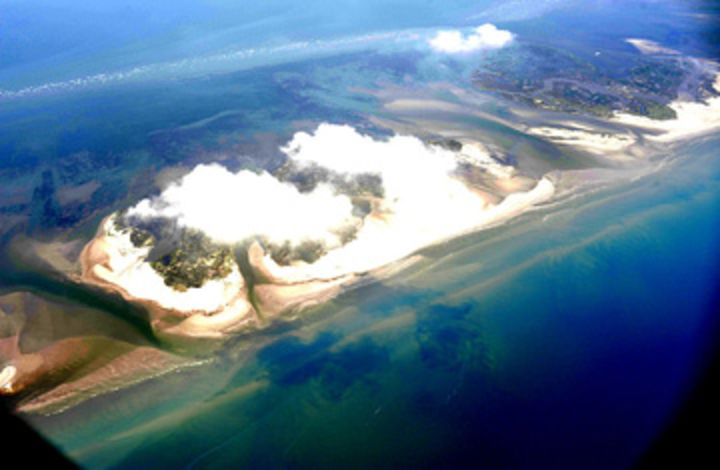 BP Exploration and Production Inc. pleaded guilty Jan. 29 to 14 criminal counts for its illegal conduct leading to and after the 2010 Deepwater Horizon oil spill and was sentenced to pay $4 billion in criminal fines and penalties, the largest criminal resolution in U.S. history, according to a U.S. Department of Justice announcement by Attorney General Eric Holder.

“Today’s guilty plea and sentencing represent a significant step forward in the Justice Department’s ongoing efforts to seek justice on behalf of those affected by one of the worst environmental disasters in American history,” said Attorney General Holder. “I’m pleased to note that more than half of this landmark resolution—which totals $4 billion in penalties and fines and represents the single largest criminal resolution ever—will help to provide direct support to Gulf Coast residents as communities throughout the region continue to recover and rebuild.”

The Deepwater Horizon explosion in April 2010 in the Gulf of Mexico resulted in the deaths of 11 people.

Assistant Attorney General Lanny A. Breuer of the Justice Department’s Criminal Division said BP has received “just punishment” for its crimes leading up to and following the explosion. “The Justice Department will keep a watchful eye on BP’s compliance with the plea agreement’s terms, including the requirements of full cooperation with the department’s ongoing criminal investigation, implementation of enhanced safety protocols, and adherence to the recommendations of two newly installed monitors. Should BP fail to comply, we will act swiftly and firmly,” Breuer said in the announcement.

At the hearing Tuesday, Luke Keller, a vice president of BP America Inc., addressed the court, the families of the deceased, and other victims of the Deepwater Horizon tragedy and reiterated the company's apology.

“We—and by that I mean the men and the women of the management of BP, its Board of Directors, and its many employees—are deeply sorry for the tragic loss of the 11 men who died and the others who were injured that day,” said Mr. Keller. “Our guilty plea makes clear, BP understands and acknowledges its role in that tragedy, and we apologize—BP apologizes–to all those injured and especially to the families of the lost loved ones. BP is also sorry for the harm to the environment that resulted from the spill, and we apologize to the individuals and communities who were injured.”

BP pleaded guilty to each count charged in an information filed in U.S. District Court in the Eastern District of Louisiana, including 11 counts of felony manslaughter, one count of felony obstruction of Congress, and violations of the Clean Water and Migratory Bird Treaty Acts. According to the Department of Justice announcement, in its guilty plea, BP admitted that, on April 20, 2010, the two highest-ranking BP supervisors onboard the Deepwater Horizon, known as BP’s “Well Site Leaders” or “company men,” negligently caused the deaths of 11 men and the resulting oil spill. The announcement said the company also admitted that on that evening, the two well site leaders observed clear indications that the Macondo well was not secure and that oil and gas were flowing into the well but chose not to take obvious and appropriate steps to prevent the blowout. Additionally, BP admitted that as a result of the Well Site Leaders’ conduct, control of the Macondo well was lost, resulting in catastrophe.

BP also admitted during its guilty plea that the company, through a senior executive, obstructed an inquiry by the U.S. Congress into the amount of oil being discharged into the Gulf while the spill was ongoing, according to the Department of Justice announcement. BP also admitted that the senior executive withheld documents, provided false and misleading information in response to the U.S. House of Representatives’ request for flowrate information, manipulated internal estimates to understate the amount of oil flowing from the well and withheld data that contradicted BP’s public estimate of 5,000 barrels of oil per day. At the same time that the senior executive was preparing his manipulated estimates, BP admitted the company’s internal engineering response teams were using sophisticated methods that generated significantly higher estimates. The Flow Rate Technical Group, consisting of government and independent scientists, later concluded that more than 60,000 barrels per day were leaking into the Gulf during the relevant time, contrary to BP’s representations to Congress.

BP’s guilty plea was accepted, and the sentence was imposed by U.S. District Judge Sarah S. Vance of the Eastern District of Louisiana, requiring detailed drilling safeguards, monitors, and other stringent, special conditions of probation.

According to the sentence imposed by Judge Vance pursuant to the plea agreement, more than $2 billion dollars will directly benefit the Gulf region. By order of the court, approximately $2.4 billion of the $4 billion criminal recovery is dedicated to acquiring, restoring, preserving, and conserving—in consultation with appropriate state and other resource managers—the marine and coastal environments, ecosystems, and bird and wildlife habitat in the Gulf of Mexico and bordering states harmed by the Deepwater Horizon oil spill. This portion of the criminal recovery is also to be directed to significant barrier island restoration and/or river diversion off the coast of Louisiana to further benefit and improve coastal wetlands affected by the oil spill. An additional $350 million will be used to fund improved oil spill prevention and response efforts in the Gulf through research, development, education, and training.

BP was also sentenced to five years of probation—the maximum term of probation permitted under law. The company is also required, according to the order entered by the court pursuant to the plea agreement, to retain a process safety and risk management monitor and an independent auditor, who will oversee BP’s process safety, risk management, and drilling equipment maintenance with respect to deepwater drilling in the Gulf of Mexico. BP is also required to retain an ethics monitor to improve its code of conduct to ensure BP’s future candor with the U.S. government.

The guilty plea and sentence announced Jan. 29 are part of the ongoing criminal investigation by the Deepwater Horizon Task Force into matters related to the April 2010 Gulf oil spill.

In an official announcement following Tuesday’s sentencing, BP said it has made significant changes since the accident to further enhance safety throughout its global operations. The company says it launched an internal investigation immediately after the accident and is implementing the investigation's 26 recommendations. BP said it has also made key leadership changes, reorganized its upstream business, created a centralized Safety and Operational Risk organization, and adopted voluntary deepwater drilling standards in the Gulf of Mexico that the company says exceed current regulatory requirements.

Since the government moratorium was lifted, BP says it has been drilling safely in the Gulf of Mexico and the government has awarded the company over 50 federal leases since the Deepwater Horizon accident.

BP said it has to date spent more than $14 billion in operational response and clean-up costs, committed $1 billion to early restoration projects and established a $20 billion Trust, the company said. To date, the company said it  has paid more than $9 billion to individuals, businesses and government entities and has agreed to a settlement with the Plaintiffs’ Steering Committee, resolving the substantial majority of outstanding private economic loss, property damage, and medical claims.

BP is the largest investor and deepwater leaseholder in the Gulf of Mexico with more than 700 gross blocks and seven rigs now operating there.