According to a statement this week by the U.S. EPA and the U.S. Department of Justice, Transocean Deepwater Inc. has agreed to plead guilty to violating the Clean Water Act (CWA) and to pay a total of $1.4 billion in civil and criminal fines and penalties for its conduct in relation to the Deepwater Horizon disaster. 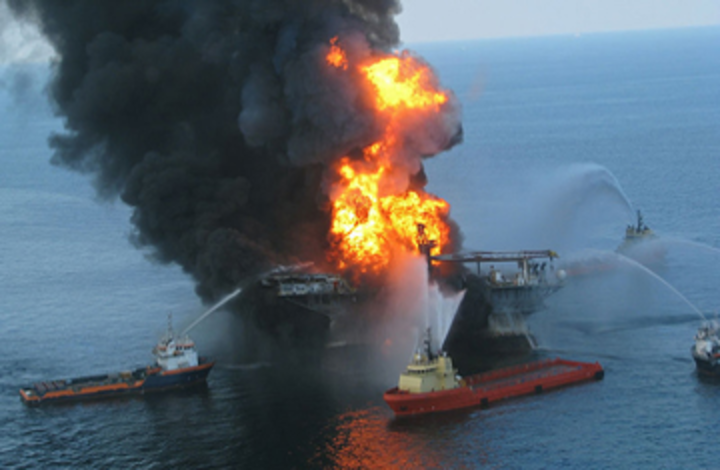 According to a statement this week by the U.S. EPA and the U.S. Department of Justice, Transocean Deepwater Inc. has agreed to plead guilty to violating the Clean Water Act (CWA) and to pay a total of $1.4 billion in civil and criminal fines and penalties for its conduct in relation to the Deepwater Horizon disaster. This follows a settlement in November of last year in which BP agreed to a $4.5 billion criminal fine related to the Deepwater Horizon disaster.

“This resolution of criminal allegations and civil claims against Transocean brings us one significant step closer to justice for the human, environmental and economic devastation wrought by the Deepwater Horizon disaster,” said Attorney General Eric Holder, in a statement. “This agreement holds Transocean criminally accountable for its conduct and provides nearly a billion dollars in criminal and civil penalties for the benefit of the Gulf states."

In a statement on its website, Transocean said, "This is a positive step forward, but it is also a time to reflect on the 11 men who lost their lives aboard the Deepwater Horizon. Their families continue to be in the thoughts and prayers of all of us at Transocean."

BP and federal and state officials continue to negotiate over additional legal claims in the Deepwater Horizon case. A civic trail is scheduled for late February in New Orleans. There are also criminal charges facing several former BP employees involved with the Macondo well.

According to court documents, on April 20, 2010, while stationed at the Macondo well site in the Gulf of Mexico, the Deepwater Horizon rig experienced an uncontrolled blowout and related explosions and fire, which resulted in the deaths of 11 rig workers and the largest oil spill in U.S. history. In agreeing to plead guilty, Transocean Deepwater Inc. has admitted that members of its crew onboard the Deepwater Horizon, acting at the direction of BP’s “Well Site Leaders” or “company men,” were negligent in failing fully to investigate clear indications that the Macondo well was not secure and that oil and gas were flowing into the well.

Under terms of the agreement, $150 million of the $400 million criminal recovery is dedicated to acquiring, restoring, preserving and conserving—in consultation with appropriate state and other resource managers—the marine and coastal environments, ecosystems and bird and wildlife habitat in the Gulf of Mexico and bordering states harmed by the Deepwater Horizon oil spill. This portion of the criminal recovery will also be directed to significant barrier island restoration and/or river diversion off the coast of Louisiana to further benefit and improve coastal wetlands affected by the oil spill. An additional $150 million will be used to fund improved oil spill prevention and response efforts in the Gulf through research, development, education, and training.

The civil settlement secures $1 billion in civil penalties for violations of the CWA, a record amount that significantly exceeds last year’s $70 million civil penalty paid by MOEX Offshore 2007 LLC, a 10 percent partner with BP in the Macondo well venture. The unprecedented $1 billion civil penalty is subject to the  Resources and Ecosystems Sustainability, Tourist Opportunities and Revived Economies of the Gulf Coast States Act of 2012 (Restore Act), which provides that 80 percent of the penalty will be to be used to fund projects in and for the Gulf states for the environmental and economic benefit of the region. This civil resolution reserves claims for natural resource damages and clean-up costs.

The proposed civil settlement is subject to a public comment period and final court approval. For more information on the Transocean settlement, click here.