The U.S. Environmental Protection Agency (EPA) provided an update on its ongoing national study to determine potential impacts of hydraulic fracturing on drinking water resources. Results of the study, which Congress requested the EPA to complete, are expected to be released in a draft for public and peer review in 2014. 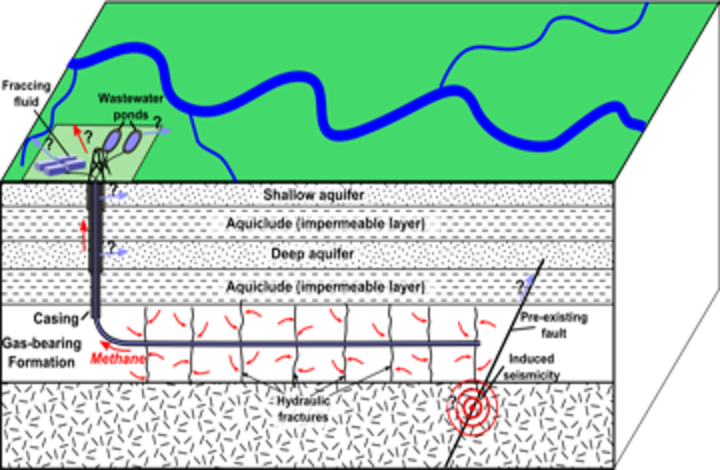 The U.S. Environmental Protection Agency (EPA) provided an update on its ongoing national study to determine potential impacts of hydraulic fracturing on drinking water resources. Results of the study, which Congress requested the EPA to complete, are expected to be released in a draft for public and peer review in 2014.

The EPA says it continues to request data and information from the public and stakeholders and has put out a formal request for information, which can be accessed through the federal register. The EPA also says it expects to release a draft report of results from the study in late 2014 and notes that the study has been designated a "Highly Influential Scientific Assessment," meaning it will receive the highest level of peer review in accordance with the EPA’s peer review handbook before it is finalized. The EPA says the 2014 draft report will synthesize the results from the ongoing projects together with the scientific literature to make conclusions on the impact of hydraulic fracturing on drinking water resources.

In the statement it released announcing the report update, the EPA made a point to note that it believes natural gas has a central role to play in the energy future of the U.S., and that it has extensive economic, energy security, and environmental benefits. It also noted the study is part of the EPA’s focus to ensure that the administration continues to work to expand production of natural gas via hydraulic fracturing safely and responsibly.

Among the information released are updates on 18 research projects and details on the agency’s research approach, as well as next steps for these ongoing projects and analyses. The EPA's update follows the public release, in November 2011, of the agency’s final study plan, which underwent scientific peer review and public comment. The EPA says it has continued to engage stakeholders, including industry, to ensure that the study reflects current practices in hydraulic fracturing.

The EPA's Science Advisory Board (SAB) is also forming a panel of independent experts, which will review and provide input on the ongoing study to the EPA. The SAB will provide an opportunity for the public to offer comments for consideration by the individual panel members. For more information on the SAB process, click here.  More information on the EPA's hydraulic fracturing study and its latest status update is available at www.epa.gov/hfstudy.