In the October 2012 issue of Flow Control, 11 case studies/application stories featured the winners of our 2012 Innovation Awards program. In the following weeks, each winner will be featured on the FlowStream blog. The following post focuses on Singer Valve's Total Automatic Purging System (TAPS). 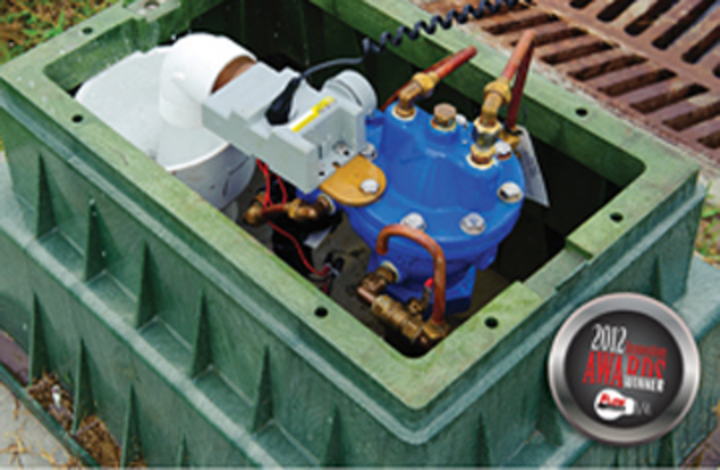 Editor’s Note: In the October 2012 issue of Flow Control, 11 case studies/application stories featured the winners of our 2012 Innovation Awards program. In the following weeks, each winner will be featured on the FlowStream blog. The following post focuses on Singer Valve's Total Automatic Purging System (TAPS).

St. Bernard Parish is situated southeast of New Orleans in the state of Louisiana. In 2000, its population was 67,229, but today it is only half as populated due to the evacuation and outmigration as a result of the destruction by Hurricane Katrina in 2005.   In the summer of 2008, the parish’s Sewer & Water Division started to notice a drop in water quality and began getting complaints from residents saying that there was a chemical taste in the water and it looked rusty and yellow and sometimes had a septic smell to it.

Jacob Groby, Superintendent of Quality Control for the parish, said, “Our water quality was being affected by loss of physical integrity such as contaminant intrusion due to breaks, repairs and lower than normal flows, which was causing us to show lower than normal chlorine levels, higher than normal nitrate levels, and elevated bio-film growth in our distribution system.” Hurricane Katrina had not only caused damage to the system, but the loss of population also meant low usage, which lead to low velocities that resulted in the accumulation of ammonia and other sediments.

St. Bernard Parish needed a proactive flushing system solution and contacted Todd Burnett, President of Coastal Process, to find the best option. “The Singer Valve Total Automatic Purging System (TAPS) was chosen for its superior heavy-duty design, AWWA valve compliance, and its ease of programming which would ensure consistency and not require extra manpower among other benefits,” said Mr. Burnett. The compact size was also an advantage for handling and installation.

St. Bernard Parish used the 40 mm (1 1/2 inch) valve to optimize the flushing process for their pipe size by providing the correct velocity to pull fresh water into each zone. This, coupled with the pressure-sustaining feature, scours and cleans the pipes, which reduces corrosion and has dramatically improved the water quality. Each unit includes a water sampling port so that onsite clarity and testing can be easily seen and sampled without disrupting the process.

“The programming was easy, the hard part for us was deciding how to set them so that we could use them in the best manner possible,” said Mr. Groby. They designed the flush cycle to create a weekly wave action to force flush 27 miles of the distribution system. With regulated flush cycles and perfected velocity at each individual installation point, fresh water is effectively drawn into areas where water quality was falling below standard. In addition, they decided to start flushing from every dead-end in the system, which ensured the removal of this poor water.

The programming allows the parish to activate flushing at any given time with the best time being at night when the demand is low. This prevents cloudy water, low pressure and standing water complaints that are associated with conventional high-volume, daytime flushing activities. This also enables distribution of the discharged water over several hours, if necessary, by programming the units to activate for shorter multiple durations.

TAPS also has a unique pressure-sustaining feature to ensure minimum upstream pressure is maintained for system needs and in the event that fire flow is needed. Unlike conventional flushing valves that are either open or closed, TAPS has a hydraulically operated valve that introduces or releases water from the control chamber above the diaphragm to maintain accurate water flow.