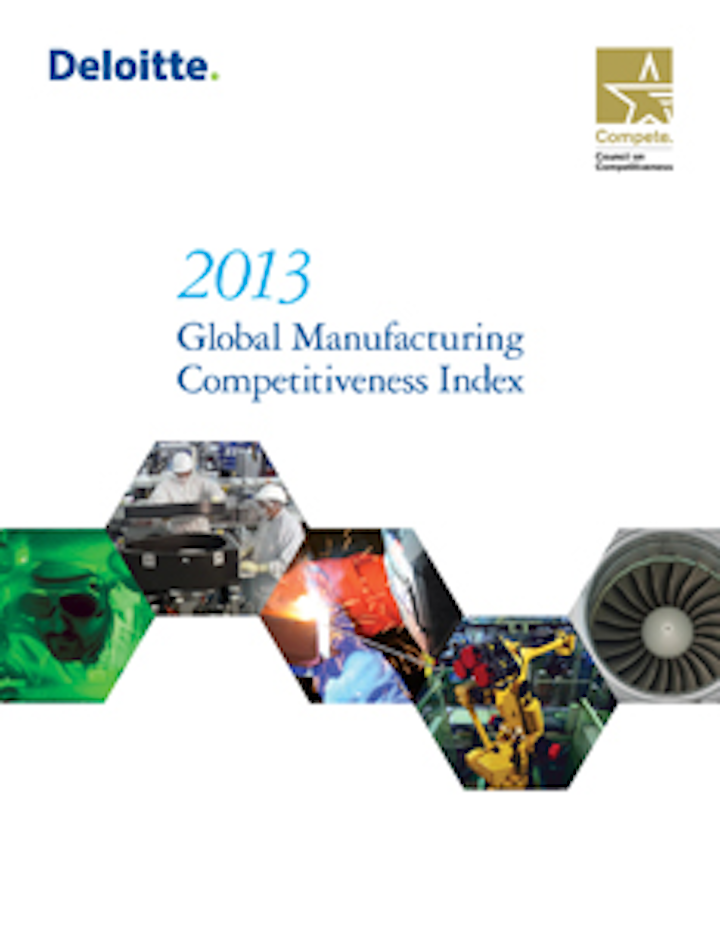 “Nothing was more important to CEOs than the quality, availability and productivity of a nation’s workforce to help them drive their innovation agendas,” Craig Giffi, vice chairman, Deloitte United States (Deloitte LLP), said in a prepared statement. Giffi is a consumer and industrial products industry leader, who co-authored the report and led the research-team. “Enhancing and growing an effective talent base remains core to competitiveness among the traditional manufacturing leaders—and increasingly among emerging market challengers as well.”

“The emerging superpowers in manufacturing will focus on building the advanced manufacturing capabilities and economic and political infrastructures that drive rapid growth and high value jobs for their citizens, forcing 20th century manufacturing powerhouses to fend off the growing strength of more focused global competitors,” Giffi said.

Still, Giffi points out that “manufacturing still matters a great deal for the economic prosperity of 20th century powerhouses—and these nations continue to have enough going for them to stay in the game and even thrive.”  To download the 2013 Global Manufacturing Competitiveness Index report, visit www.deloitte.com/globalcompetitiveness.