Some years ago, I was asked to look into the operation of a new orifice plate flowmeter installation that involved pressure and temperature compensation. The process was an enlightening experience. 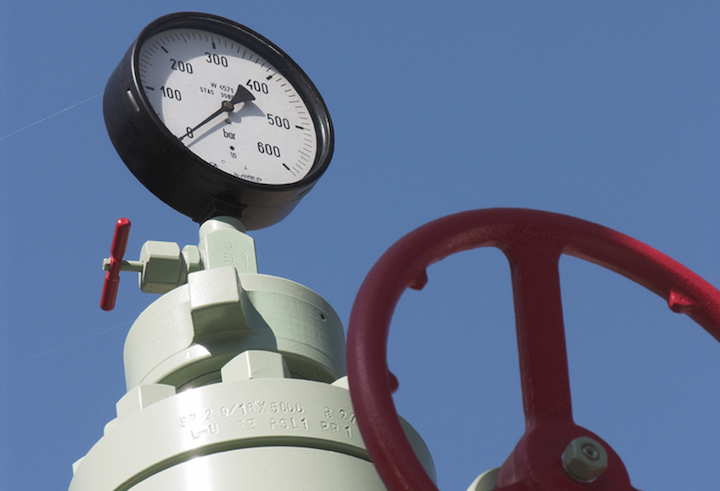 Some years ago, I was asked to look into the operation of a new orifice plate flowmeter installation that involved pressure and temperature compensation. The flowmeter was installd in a chemical plant where two gases were being mixed prior to being reacted. The problem cited was that the gases were not reacting properly and the plant surmised that the gases were not being added in the proper amounts to achieve a good and complete reaction.

One of the gases was fed from high-pressure gas cylinders, while the other gas was generated in a process unit located approximately 100 meters from the flowmeters. Both flowmeters had sufficient straight run and were installed properly. There were pressure and temperature measurements downstream and upstream of the orifice plate respectively. Flow controllers were used to control the gas flows, and I seem to recall that a multiplier was used to ratio the flows.

Observation of the operation and its recordings revealed that the controlled flow rates of both gases were both controlling at set point, but the process gas flow was less steady than the cylinder gas flow. Both gas temperatures were steady. The pressure of the cylinder gas was steady and at its design pressure. However, the pressure of the gas from the other process unit would vary somewhat near its design pressure and occasionally drop off and recover a few minutes later.

As in many applications, the problem lies in more than one location. First and foremost, these flow measurement systems were not compensated for pressure and temperature variations. The pressure of the gas from the cylinders should be compensated because even though it could easily be controlled, the pressure gauge used to control its pressure could be in error (or be read incorrectly) and cause significant flow error. In this application, the temperature of the gas varied with ambient conditions, so flow errors of a few percent were likely.

That said, the most ominous problem in this scenario was that of the process gas where the pressure at the flowmeter could vary between 60 percent and 120 percent of its design pressure and cause significant flow measurement errors. Even when steady, the operating pressure introduced errors because the pressure was only close to its design condition. Temperature variations were less dramatic than the cylinder gas, but could still produce measurement error. Pressure and temperature compensating this gas flow would mitigate the problem and likely eliminate the symptoms.

The temperature transmitter location did not cause a problem because, it was installed far enough upstream so as not to distort the velocity profile in the flowmeter, and the temperature difference between the upstream and downstream locations was small.

David W. Spitzer, P.E., is a regular contributor to Flow Control. He has more than 25 years of experience in specifying, building, installing, start-up, and troubleshooting process control instrumentation. He has developed and taught seminars for almost 20 years and is a member of ISA and belongs to ASME MFC and ISO TC30 committees. Mr. Spitzer has published a number of books concerning the application and use of fluid handling technology, including the popular The Consumer Guide to… series, which compares flowmeters by supplier. Mr. Spitzer is currently a principal in Spitzer and Boyes LLC, offering engineering, product development, marketing, and distribution consulting for manufacturing and automation companies. He can be reached at 845-623-1830.