To learn more about these winning technologies, read the Innovation Awards announcement in the September issue of Flow Control, and keep an eye out for the October issue, 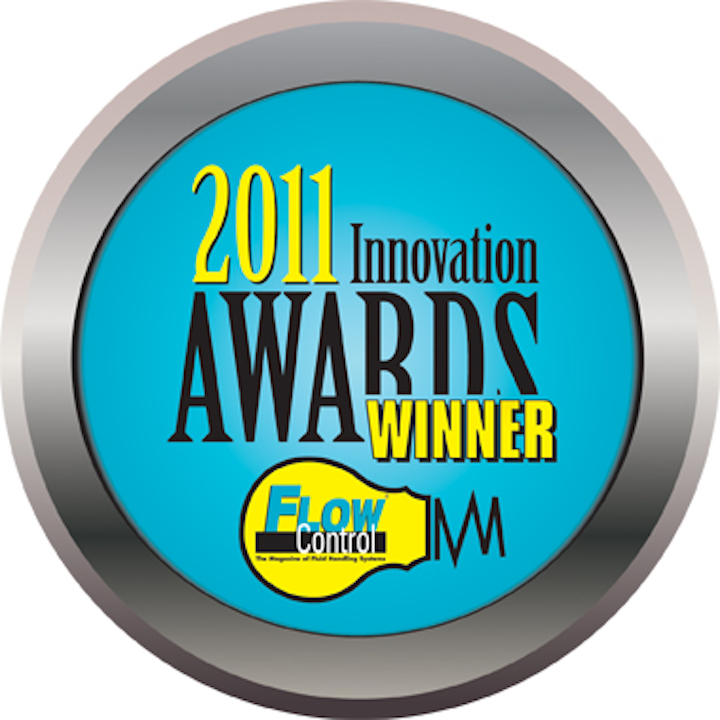 Nominees were presented in the June issue of Flow Control, and more than 1,100 reader votes were received. The winning technologies recognized as the most innovative by readers were announced in the September issue of Flow Control magazine, followed by real-world application stories on each in the October issue.

“We believe the technologies named as winners in this year’s Flow Control Innovation Awards program represent some truly cutting-edge designs that offer unique solutions to real-world fluid handling application issues,” says Matt Migliore, Flow Control’s executive director of content. “We offer our sincere congratulations to the manufacturers of the winning technologies and much thanks to all of our readers and website visitors who placed votes in this year’s Innovation Awards program.”

ALMATEC’s FUTUR-OMEGA Air-Operated Double-Diaphragm Pump
The FUTUR OMEGA-Series, with its solid and complete PTFE or stainless steel design, using the newest generation of PTFE compounds and diaphragm geometry, has been developed for high-end semiconductor applications with double the lifetime of most AODD pumps for similar applications.

Brooks Instrument’s GF Series Mass Flow Controllers
Brooks Instrument”s GF Series’ MultiFlo gas and range configurability can be reconfigured for new gas calibrations and full-scale ranges without the time and cost of removing the device from the gas line.

Hawk Measurement’s Self-Cleaning Gladiator Acoustic Switch
The Hawk Acoustic Wave Switch uses high-power/low-frequency transducers, which are self-cleaning. The power of each pulse (pressure wave) blows the water, moisture and buildup off the face of the diaphragm. The Acoustic Switch is designed for continuous operation in dusty, wet environments where other technologies fail.

Sierra Instruments’ Smart Trak 2 High-Pressure Controller
Utilizing a unique (patent-pending) valve design, Sierra’s high-pressure unit will precisely control gas mass flowrate at pressures up to 5000 PSIG (333 BARG) over a wide range of 100 sccm to 50 slpm, with leak-by of less than 0.08 percent. This represents an order of magnitude performance improvement over equivalent metal-seat controllers.

Trelleborg Sealing Solutions’ Turcon M12 PTFE-Based Sealing Material
Turcon M12 from Trelleborg Sealing Solutions is a polytetrafluoroethylene (PTFE)-based sealing material whose performance is unrivaled in key hydraulic sealing characteristics, such as friction, wear and high-pressure operation. Extensive testing showed that Turcon M12 is resistant to virtually all media, including a broad range of lubricants and has outstanding wear resistance and friction characteristics.

For more details on the Flow Control Innovation Awards program and/or to request nomination forms for the 2012 program, e-mail FlowControl@GrandViewMedia.com.