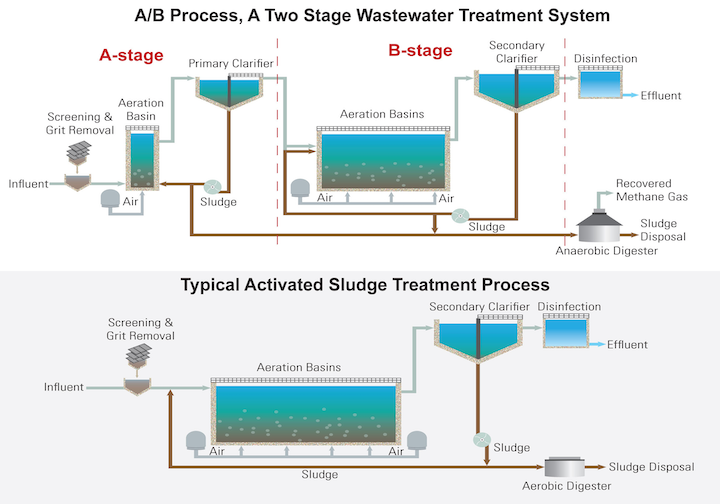 Energy use can account for as much as 10 percent of a local government’s annual operating budget, according to the U.S. Department of Energy.¹ A significant amount of this municipal energy use comes from wastewater treatment facilities. According to estimates by the New York State Energy Research and Development Authority, electricity typically accounts for 25 to 40 percent of the operating budget for a wastewater utility.

Most plants treat wastewater by screening the flow, removing grit and removing settable solids in large quiescent basins known as primary clarifiers. The settable solids account for approximately 35 percent of the organics entering a plant. The other 65 percent of the organics must be treated further so that the water is suitable for discharge. This process is normally performed in a secondary treatment system with an aeration basin in which bacteria are grown. With the addition of oxygen from air that is bubbled into the water, the bacteria multiply by consuming the organics as their food source and give off carbon dioxide like all other non-plant life.

In addition to organics, wastewater has an ammonia component that must be treated before discharge. Fortunately, some bacteria can convert ammonia to nitrites and nitrates. On a pound-per-pound basis, converting ammonia to nitrate takes more oxygen than converting carbon to carbon dioxide and new bacteria. The total amount of energy required to aerate the wastewater to treat all the carbon and ammonia in the secondary treatment train is approximately 45 to 75 percent of a wastewater plant’s energy costs.²

The solids generated in the secondary treatment process are separated from the water by allowing it to flow through another set of quiescent basins, known as secondary clarifiers. The water can then be disinfected before discharge or filtered and disinfected. Primary and secondary treatment generate large quantities of solids that need a digestion process that reduces either aerobically (with oxygen) or anaerobically (without oxygen).

In the digestion process, as bacteria feed on themselves, the concentration of solids decreases. Carbon dioxide is produced in aerobic digestion, while biogas (methane and CO2) is produced during anaerobic digestion. Even though biogas can be burned in engines to power electrical generation systems or serve other purposes, the amount of it produced offsets only a portion of the total energy required for wastewater treatment.

However, in recent years, advances in wastewater treatment plant design have reduced the energy required for treatment and increased the amount of biogas generated. In some cases, the facilities become net producers of energy through this carbon diversion and improved ammonia treatment methods.

In carbon diversion, carbon is removed in the primary treatment stage through one of two strategies. Chemically enhanced primary treatment, as the name suggests, uses chemical additives (typically metal salts) to increase solids removal. In the second, high-rate activated sludge is used in the primary stage. A small aeration basin is added to the primary treatment, but the basin size and oxygen addition through aeration are optimized to minimize biological growth. Extra-cellular polymeric material produced here helps the bacteria and other solids combine into a floc, partially capturing colloidal carbon in addition to non-soluble carbon.

Using these techniques, carbon removal in the primary stage can be increased from the typical 35 percent to as much as 50 to 65 percent. This carbon diversion has multiple beneficial effects. By diverting more carbon to an anaerobic digester, more biogas can be produced, allowing more electricity to be generated. Additionally, less carbon into the secondary treatment process reduces the amount of aeration required, which decreases the amount of energy needed for wastewater processing.

Ammonia treatment has also improved with a better understanding of the nitrification/denitrification process. To nitrify, bacteria convert ammonia to nitrite in the presence of oxygen and then to nitrate in a two-step process. In denitrification, nitrate is converted to nitrite and nitrogen gas, also in a two-step process. In the anoxic process from nitrate to nitrogen gas, the nitrate and nitrite provide oxygen for the bioconversion of carbon. The denitrification can reduce the total oxygen requirements for wastewater treatment. In recent years, researchers have found a shortcut pathway for converting ammonia to nitrogen gas. Converting ammonia to nitrite without the subsequent conversion to nitrate requires less air to be compressed to provide aeration. Converting only to nitrite has been difficult to achieve in the past.

Another advancement in ammonia treatment has been the discovery of the deammonification pathway using anammox bacteria. The anaerobic anammox bacteria convert nitrite and ammonia directly to nitrogen gas. This process has typically been used in side-stream treatment, where a high concentration of ammonia in the water is separated from digested solids. The deammonification pathway requires the least amount of oxygen for ammonia treatment, and it could be used in the main wastewater treatment train with proper control and operational strategies.

For example, at the Strass wastewater treatment plant in western Austria, optimization efforts reduced costs and the use of resources since the plant’s commissioning in 1999, according to Water Environment Research Foundation (WERF) reports.³ Located near Strass im Zillertal in the state of Tirol, the plant provides wastewater treatment for a population that ranges from approximately 60,000 in the summer to 250,000 during the winter tourist season. Plant improvements included:

The Strass plant uses a high-rate activated sludge process in the A stage to achieve carbon diversion, and it uses controlled aeration in the B stage to enhance the nitrogen removal process with both nitrite shunt and deammonification. Anaerobic digestion for solids treatment produces enough biogas for the plant to produce more energy than it consumes.4 5

Wastewater plants in the U.S., such as The Blue Plains Advanced Wastewater Treatment Plant in Washington, D.C., have started to incorporate the lessons learned at Strass. Research into the arena is also being led by WERF, the District of Columbia Water and Sewer Authority, and the Hampton Roads Sanitation District. A 6 million gallon-per-day wastewater treatment plant for the city of Conroe will soon use the A/B process for carbon diversion and ammonia removal with a new design in the works. These processes will minimize the energy required for treatment and maximize production of biogas for power generation. 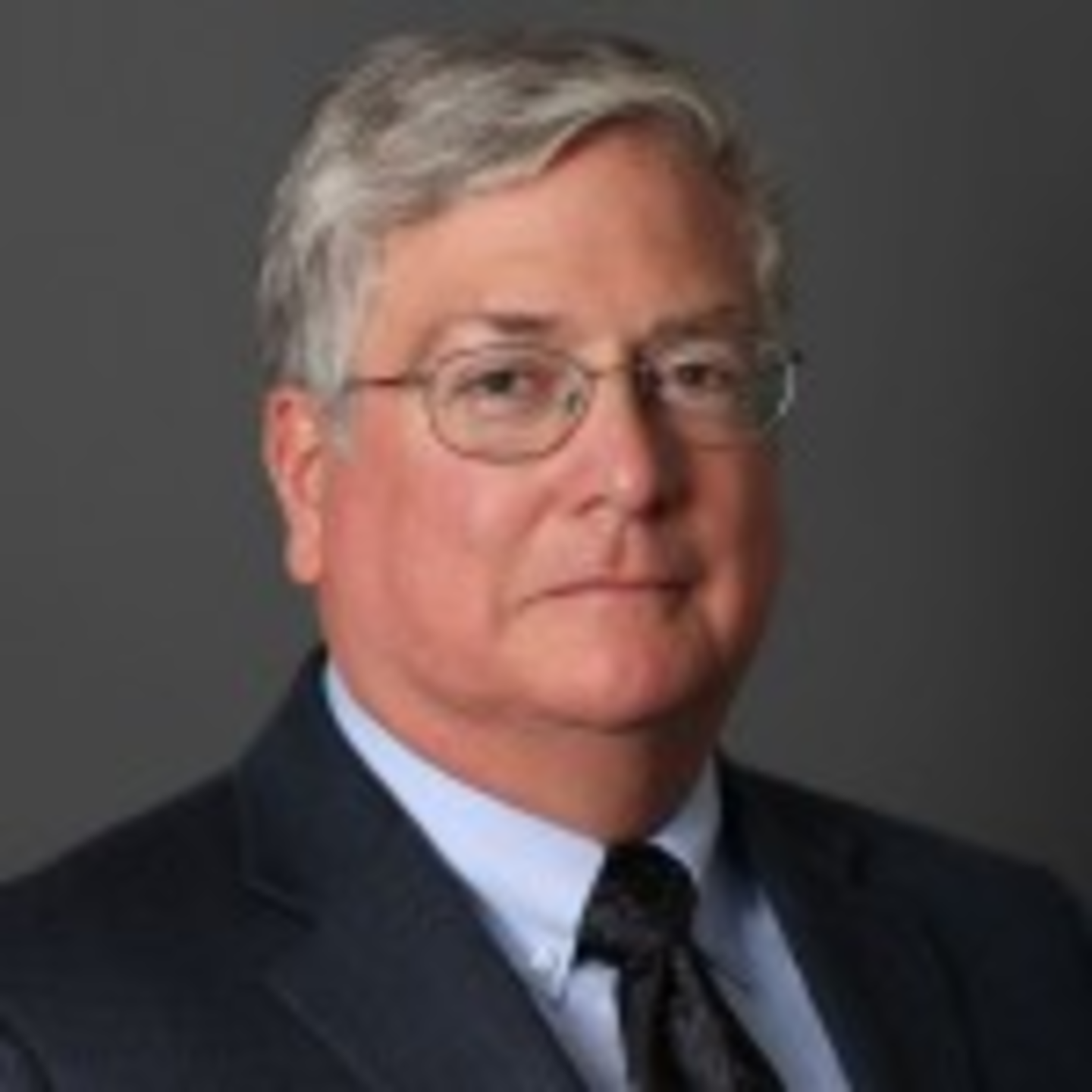 Paul Wood, P.E., is an engineer at Lockwood, Andrews & Newnam Inc. (LAN), a planning, engineering and program management firm headquartered in Houston. He may be reached at pwood@lan-inc.com.